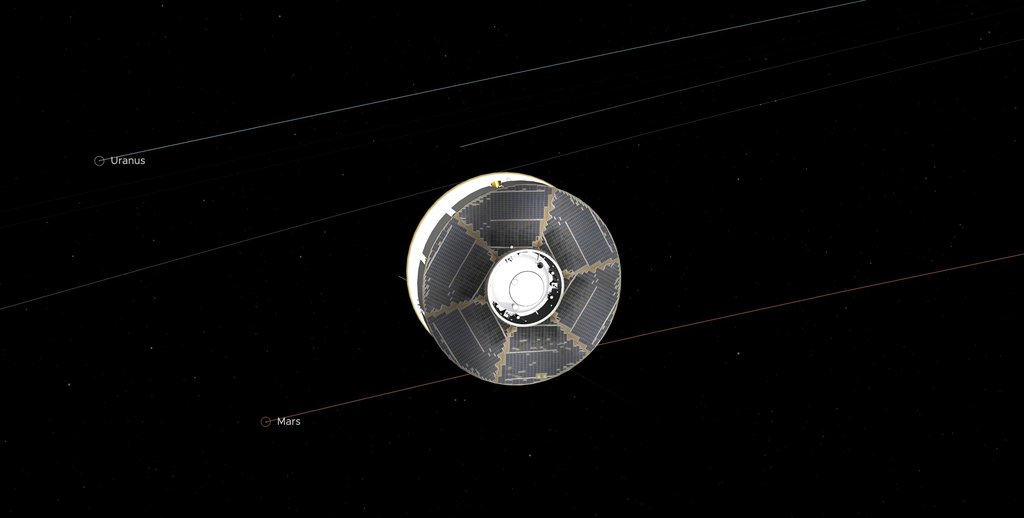 This illustration of the Mars 2020 spacecraft in interplanetary space was generated using imagery from NASA's Eyes on the Solar System. The image is from the mission's midway point between Earth and Mars.
Credit: NASA/JPL-Caltech
Full Image Details 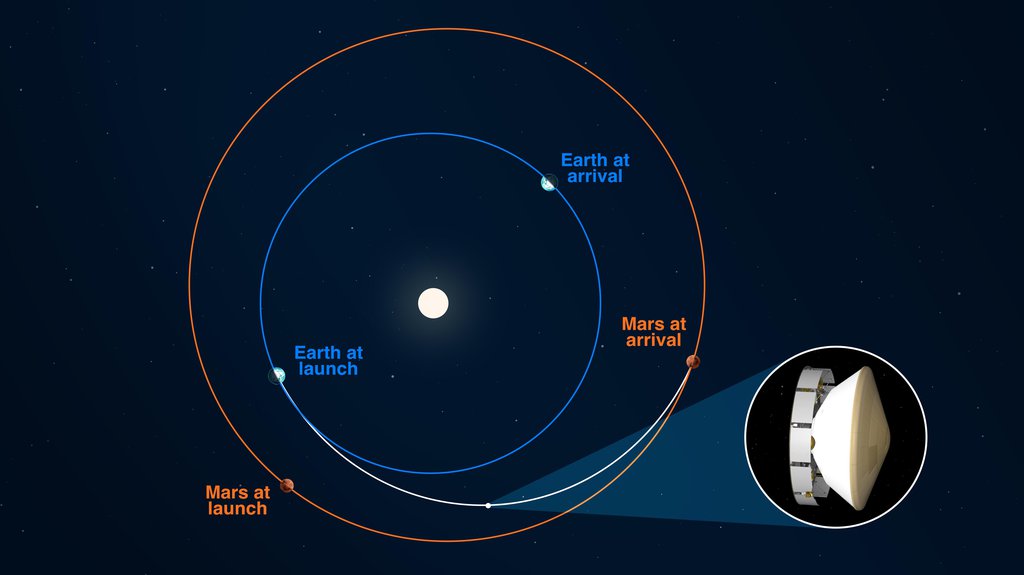 Sometimes half measures can be a good thing - especially on a journey this long. The agency's latest rover only has about 146 million miles left to reach its destination.

"At 1:40 p.m. Pacific Time today, our spacecraft will have just as many miles in its metaphorical rearview mirror as it will out its metaphorical windshield," said Julie Kangas, a navigator working on the Perseverance rover mission at NASA's Jet Propulsion Laboratory in Southern California. "While I don't think there will be cake, especially since most of us are working from home, it's still a pretty neat milestone. Next stop, Jezero Crater."

The Sun's gravitational influence plays a significant role in shaping not just spacecraft trajectories to Mars (as well as to everywhere else in the solar system), but also the relative movement of the two planets. So Perseverance's route to the Red Planet follows a curved trajectory rather than an arrow-straight path.

NASA's Mars 2020 Perseverance rover has logged 146.3 million (235.4 million kilometers) of space miles – exactly half of what will be covered before reaching the Red Planet. View the full interactive experience at Eyes on the Solar System. Image Credit: NASA/JPL-Caltech

At the current distance, it takes 2 minutes, 22 seconds for a transmission to travel from mission controllers at JPL via the Deep Space Network to the spacecraft. By time of landing, Perseverance will have covered 292.5 million miles (470.8 million kilometers), and Mars will be about 130 million miles (209 million kilometers) away from Earth; at that point, a transmission will take about 11.5 minutes to reach the spacecraft.

The mission team continues to check out spacecraft systems big and small during interplanetary cruise. Perseverance's RIMFAX and MOXIE instruments were tested and determined to be in good shape on Oct. 15. MEDA got a thumbs up on Oct. 19. There was even a line item to check the condition of the X-ray tube in the PIXL instrument on Oct. 16, which also went as planned.

"If it is part of our spacecraft and electricity runs through it, we want to confirm it is still working properly following launch," said Keith Comeaux, deputy chief engineer for the Mars 2020 Perseverance rover mission. "Between these checkouts - along with charging the rover's and Mars Helicopter's batteries, uploading files and sequences for surface operations, and planning for and executing trajectory correction maneuvers - our plate is full right up to landing."