The parachute for the Mars 2020 Perseverance rover mission is tested in a wind tunnel at NASA's Ames Research Center in California's Silicon Valley.
Credit: NASA/JPL-Caltech/Ames

Mark your calendars: The agency's latest rover has only about 8,640,000 seconds to go before it touches down on the Red Planet, becoming history's next Mars car.

The six-wheeled Mars car is tasked with prowling the crater - believed to be the site of a Martian lake billions of years ago - to search for signs of ancient microbial life, collect and cache Martian rock and regolith (broken rock and dust), and pave the way for human exploration of the Red Planet.

"While we call the six-and-a-half-month trip from Earth to Mars 'cruise,' I assure you there is not much croquet going on at the lido deck," said Project Manager John McNamee of JPL. "Between checking out the spacecraft, and planning and simulating our landing and surface operations, the entire team is on the clock, working toward our exploration of Jezero Crater."

NASA's Mars 2020 Perseverance is 100 days away from touchdown. View the full interactive experience at Eyes on the Solar System.

On Nov. 9, the mission team confirmed that the propulsion subsystem of the descent stage, which will help lower the rover onto Mars, is in good working order. Today, Nov. 10, they turn their attention to the rover's PIXL and SHERLOC instruments. The Lander Vision System is scheduled to go under the microscope on Nov. 11; and the SuperCam instrument, the day after that. Down the road, on Dec. 18, the team plans to perform a trajectory correction maneuver, using the cruise stage's eight thrusters to refine the spacecraft's path toward Mars.

The mission has already held several test scenarios to help evaluate procedures and train Mars 2020 mission controllers for important milestones to come. During some of these multi-day-long tests, the team encounters unexpected challenges thrown their way by colleagues who play the role of "gremlins." Even with the challenges introduced during a landing rehearsal back on Oct. 29, the team was able to successfully land a simulated Perseverance rover on Mars.

Another important mission milestone will be rehearsed starting next Monday, Nov. 16, when the team begins a five-day simulation of surface operations - including driving the rover and conducting a sampling. In December, the team is expecting a gremlin or two to make an appearance during another five-day simulation of the rover's transition from landing to surface operations.

To prepare the Perseverance rover for its date with Mars, NASA's Mars 2020 mission team conducted a wide array of tests to help ensure a successful entry, descent and landing at the Red Planet. From parachute verification in the world's largest wind tunnel, to hazard avoidance practice in Death Valley, California, to wheel drop testing at NASA's Jet Propulsion Laboratory and much more, every system was put through its paces to get ready for the big day. 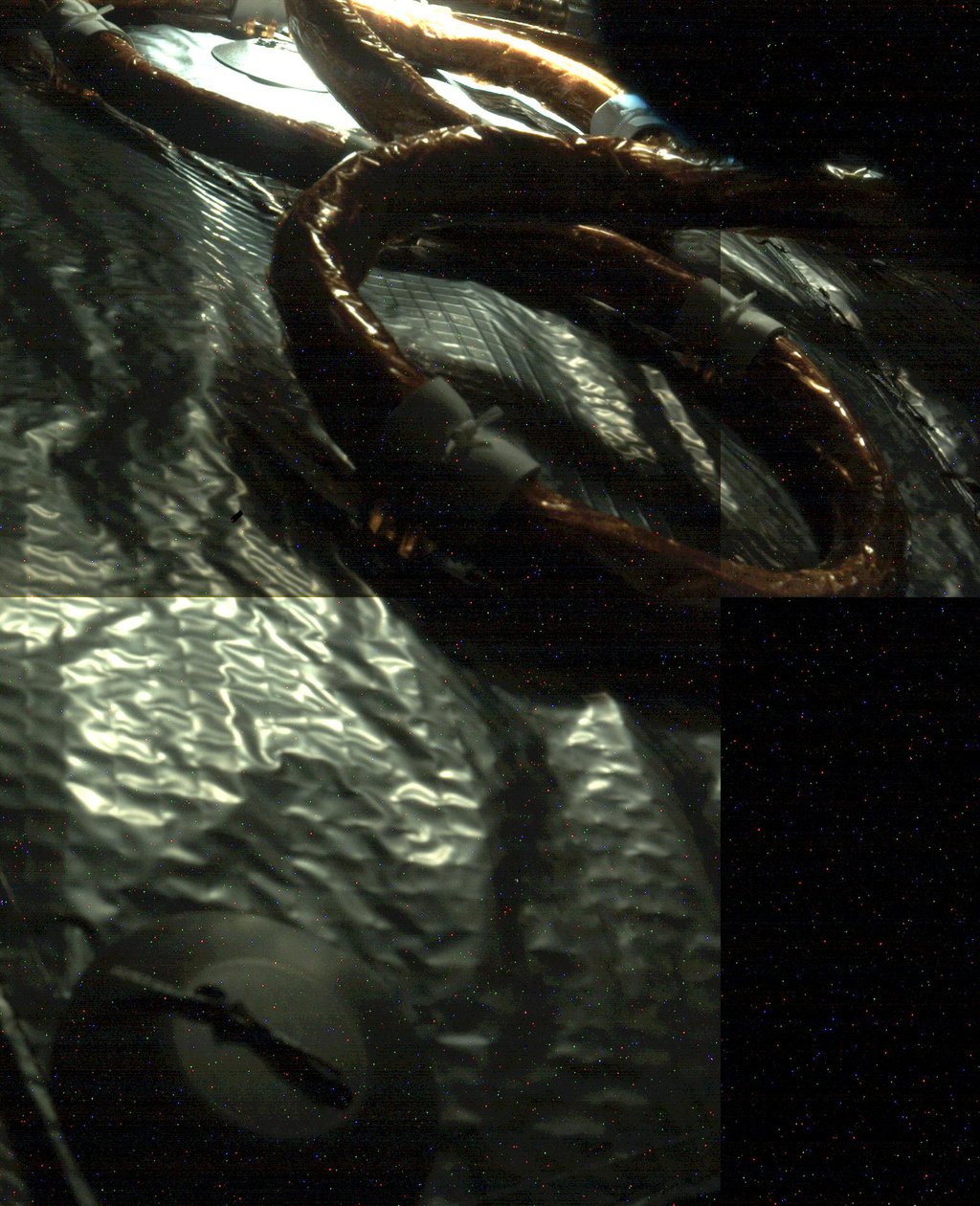 An electrical cable can be seen snaking its way along insulation material in this in-flight image of the interior of the Mars 2020 spacecraft on its way to the Red Planet.
Credit: NASA/JPL-Caltech
Full Image Details