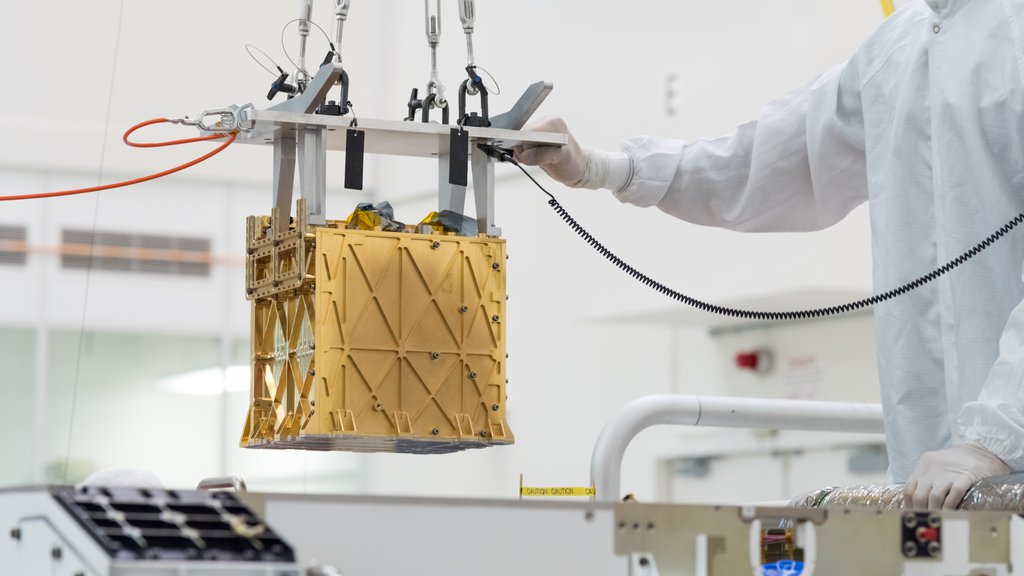 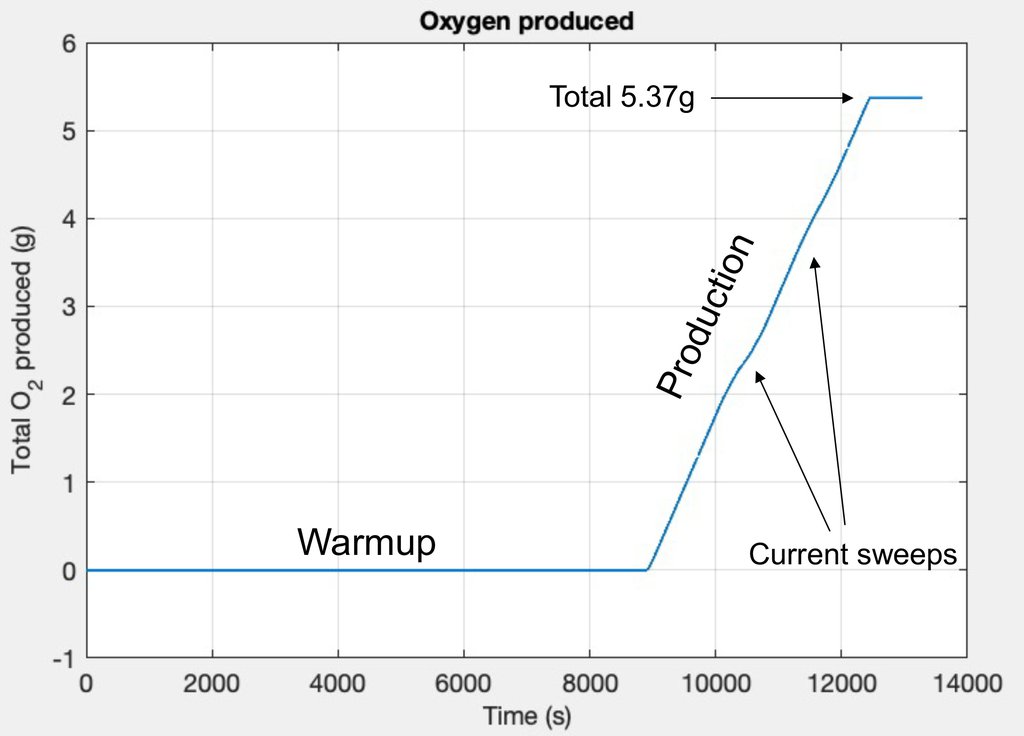 After a two-hour warmup period, MOXIE began producing oxygen at a rate of 6 grams per hour. The rate was reduced two times during the run (labeled as “current sweeps”) in order to assess the status of the instrument. After an hour of operation the total oxygen produced was about 5.4 grams, enough to keep an astronaut healthy for about 10 minutes of normal activity.

The milestone, which the MOXIE instrument achieved by converting carbon dioxide into oxygen, points the way to future human exploration of the Red Planet.

While the technology demonstration is just getting started, it could pave the way for science fiction to become science fact – isolating and storing oxygen on Mars to help power rockets that could lift astronauts off the planet’s surface. Such devices also might one day provide breathable air for astronauts themselves. MOXIE is an exploration technology investigation – as is the Mars Environmental Dynamics Analyzer (MEDA) weather station – and is sponsored by NASA’s Space Technology Mission Directorate (STMD) and Human Exploration and Operations Mission Directorate.

“This is a critical first step at converting carbon dioxide to oxygen on Mars,” said Jim Reuter, associate administrator STMD. “MOXIE has more work to do, but the results from this technology demonstration are full of promise as we move toward our goal of one day seeing humans on Mars. Oxygen isn’t just the stuff we breathe. Rocket propellant depends on oxygen, and future explorers will depend on producing propellant on Mars to make the trip home.”

Illustration of the MOXIE instrument, depicting the elements within the instrument.

Hauling 25 metric tons of oxygen from Earth to Mars would be an arduous task. Transporting a one-ton oxygen converter – a larger, more powerful descendant of MOXIE that could produce those 25 tons – would be far more economical and practical.

The conversion process requires high levels of heat to reach a temperature of approximately 1,470 degrees Fahrenheit (800 Celsius). To accommodate this, the MOXIE unit is made with heat-tolerant materials. These include 3D-printed nickel alloy parts, which heat and cool the gases flowing through it, and a lightweight aerogel that helps hold in the heat. A thin gold coating on the outside of MOXIE reflects infrared heat, keeping it from radiating outward and potentially damaging other parts of Perseverance.

In this first operation, MOXIE’s oxygen production was quite modest – about 5 grams, equivalent to about 10 minutes’ worth of breathable oxygen for an astronaut. MOXIE is designed to generate up to 10 grams of oxygen per hour.

This technology demonstration was designed to ensure the instrument survived the launch from Earth, a nearly seven-month journey through deep space, and touchdown with Perseverance on Feb. 18. MOXIE is expected to extract oxygen at least nine more times over the course of a Martian year (nearly two years on Earth).

These oxygen-production runs will come in three phases. The first phase will check out and characterize the instrument’s function, while the second phase will run the instrument in varying atmospheric conditions, such as different times of day and seasons. In the third phase, Hecht said, “we’ll push the envelope” – trying new operating modes, or introducing “new wrinkles, such as a run where we compare operations at three or more different temperatures.”

“MOXIE isn’t just the first instrument to produce oxygen on another world,” said Trudy Kortes, director of technology demonstrations within STMD. It’s the first technology of its kind that will help future missions “live off the land,” using elements of another world’s environment, also known as in-situ resource utilization.

“It’s taking regolith, the substance you find on the ground, and putting it through a processing plant, making it into a large structure, or taking carbon dioxide – the bulk of the atmosphere – and converting it into oxygen,” she said. “This process allows us to convert these abundant materials into useable things: propellant, breathable air, or, combined with hydrogen, water.”

A key objective of Perseverance’s mission on Mars is astrobiology, including the search for signs of ancient microbial life. The rover will characterize the planet’s geology and past climate, pave the way for human exploration of the Red Planet, and be the first mission to collect and cache Martian rock and regolith (broken rock and dust).

NASA’s Jet Propulsion Laboratory in Southern California, which is managed for NASA by Caltech in Pasadena, California, built and manages operations of the Perseverance rover.