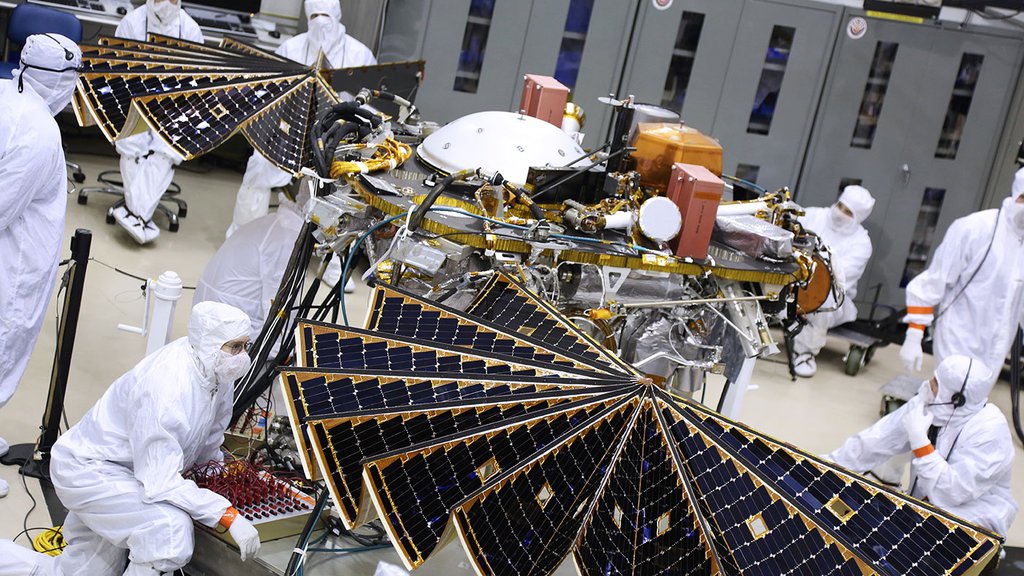 The solar arrays on NASA's InSight Mars lander were deployed as part of testing conducted Jan. 23, 2018, at Lockheed Martin Space in Littleton, Colorado. Engineers and technicians evaluated the solar arrays and performed an illumination test to confirm that the solar cells were collecting power. The launch window for InSight opens May 5, 2018.› Full image and caption
Credit: Lockheed Martin Space 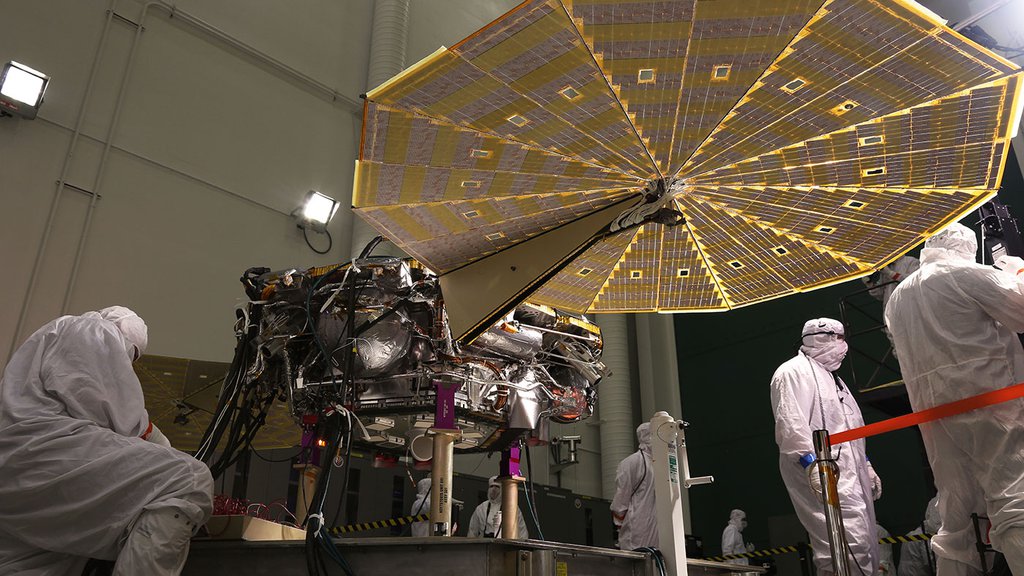 While in the landed configuration for the last time before arriving on Mars, NASA's InSight lander was commanded to deploy its solar arrays to test and verify the exact process that it will use on the surface of the Red Planet. During the test on Jan. 23, 2018 from the Lockheed Martin clean room in Littleton, Colorado, engineers and technicians evaluated the solar arrays and conducted an illumination test to confirm that the solar cells were collecting power.› Full image and caption
Credit: Lockheed Martin Space 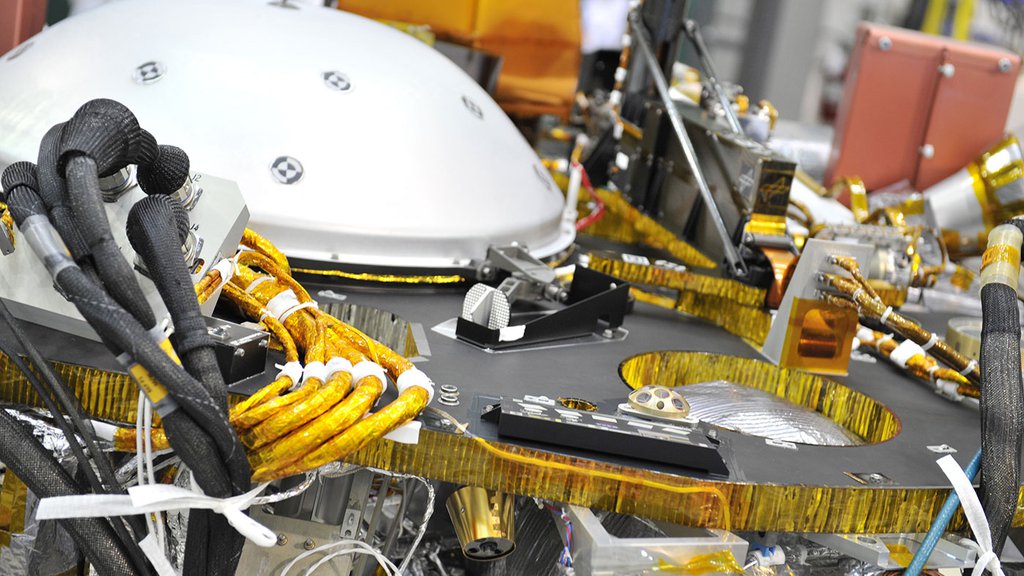 Technicians at Lockheed Martin Space in Littleton, Colorado installed a microchip with 1.6 million names submitted by the public to ride along with NASA's InSight mission to Mars. The chip was installed on Jan. 23, 2018. This joins another microchip that was previously installed that included 800,000 names for a grand total of 2.4 million names going to Mars as early as May 5, 2018.
Credit: Lockheed Martin Space 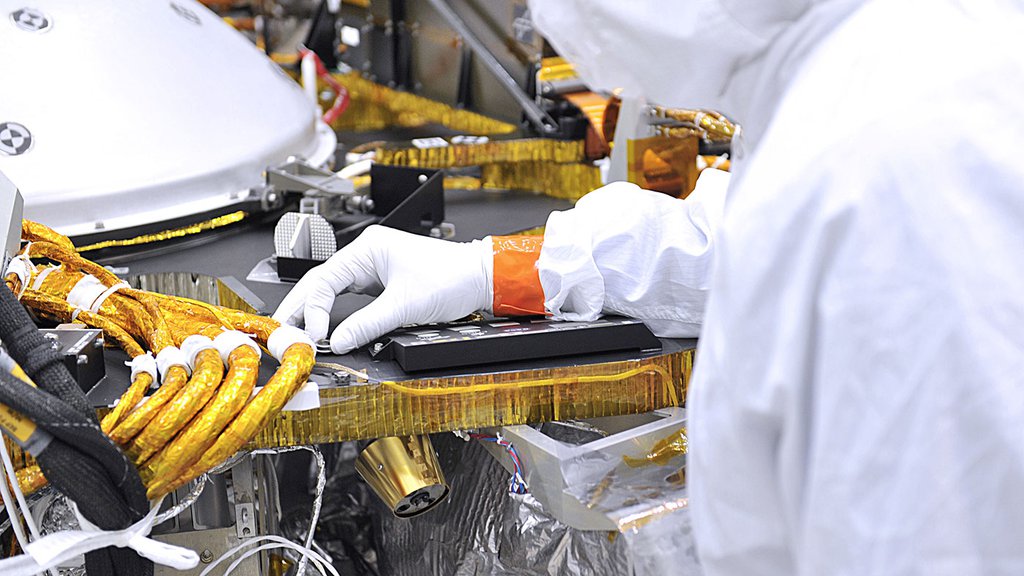 An engineer in the clean room at Lockheed Martin Space in Littleton, Colorado, affixes a dime-size chip onto the lander deck of NASA's InSight spacecraft.› Full image and caption
Credit: Lockheed Martin 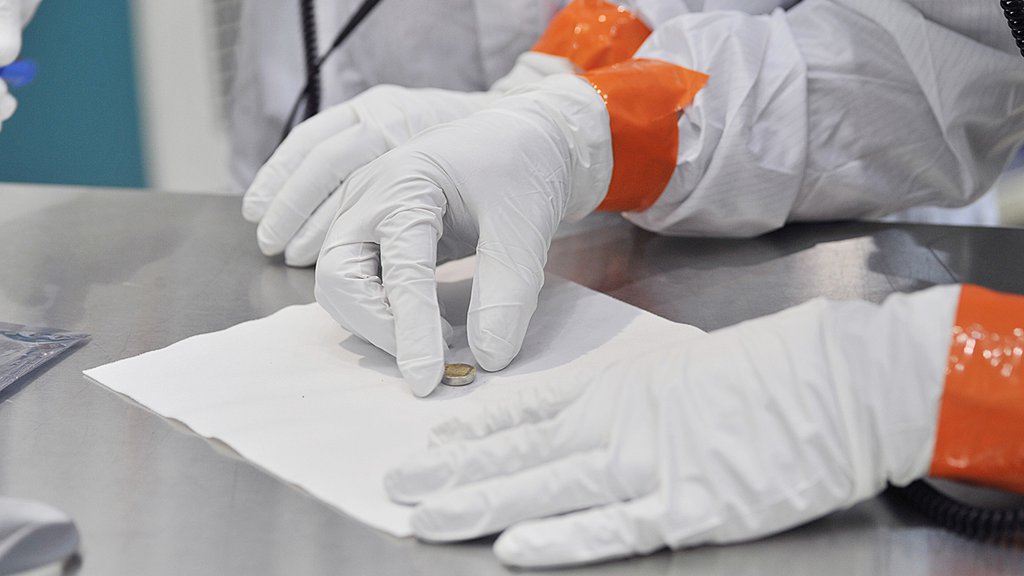 The robotic lander deployed its solar panels for the last time before it reaches Mars later this year.

NASA's next mission to Mars passed a key test Tuesday, extending the solar arrays that will power the InSight spacecraft once it lands on the Red Planet this November.

The test took place at Lockheed Martin Space just outside of Denver, where InSight was built and has been undergoing testing ahead of its launch. The mission is led by NASA's Jet Propulsion Laboratory in Pasadena, California.

"This is the last time we will see the spacecraft in landed configuration before it arrives at the Red Planet," said Scott Daniels, Lockheed Martin InSight Assembly, Test and Launch Operations (ATLO) Manager. "There are still many steps we have to take before launch, but this is a critical milestone before shipping to Vandenberg Air Force Base in California." The InSight launch window opens in May.

The fan-like solar panels are specially designed for Mars' weak sunlight, caused by the planet's distance from the Sun and its dusty, thin atmosphere. The panels will power InSight for at least one Martian year (two Earth years) for the first mission dedicated to studying Mars' deep interior. InSight's full name is Interior Exploration using Seismic Investigations, Geodesy and Heat Transport.

"Think of InSight as Mars' first health checkup in more than 4.5 billion years," said Bruce Banerdt of JPL, the mission's principal investigator. "We'll study its pulse by 'listening' for marsquakes with a seismometer. We'll take its temperature with a heat probe. And we'll check its reflexes with a radio experiment."

In addition to the solar panel test, engineers added a final touch: a microchip inscribed with more than 1.6 million names submitted by the public. It joins a chip containing almost 827,000 names that was glued to the top of InSight back in 2015, adding up to a total of about 2.4 million names going to Mars. "It's a fun way for the public to feel personally invested in the mission," Banerdt said. "We're happy to have them along for the ride."

The chips were inscribed at JPL's Microdevices Laboratory, which has added names and images to a number of spacecraft, including the Mars Spirit, Opportunity and Curiosity rovers. Each character on the InSight microchips is just 400 nanometers wide. Compare that to a human hair, 100,000 nanometers wide, or a red blood cell, 8,000 nanometers wide.