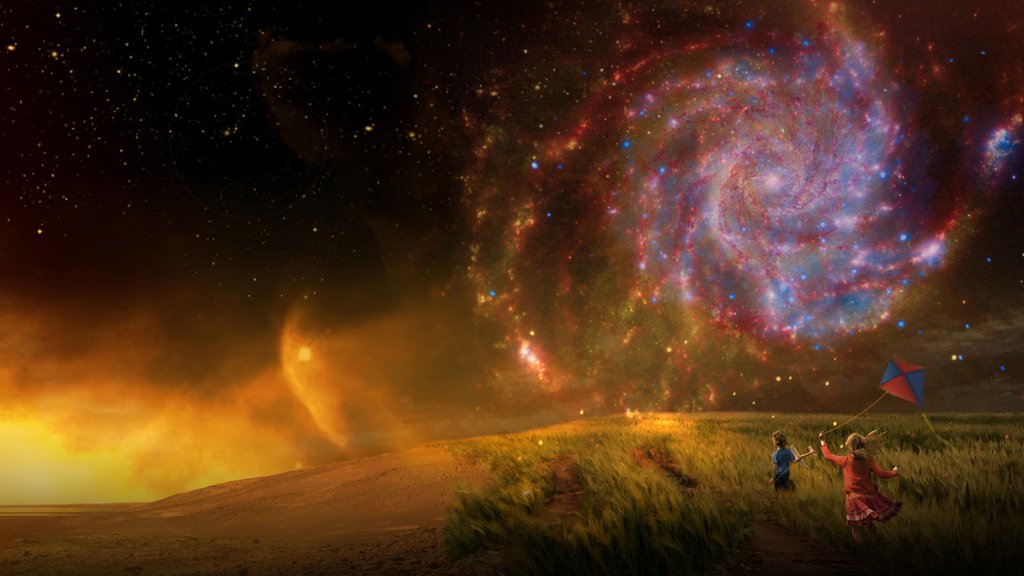 The search for life beyond our solar system requires unprecedented cooperation across scientific disciplines. NASA's NExSS collaboration includes those who study Earth as a life-bearing planet (lower right), those researching the diversity of solar system planets (left), and those on the new frontier, discovering worlds orbiting other stars in the galaxy (upper right). Credits: NASA

A new initiative is dedicated to the search for life on planets outside our solar system.

NASA is bringing together experts spanning a variety of scientific fields for an unprecedented initiative dedicated to the search for life on planets outside our solar system.

The Nexus for Exoplanet System Science, or "NExSS", hopes to better understand the various components of an exoplanet, as well as how the planet's stars and neighbor planets interact to support life.

"This interdisciplinary endeavor connects top research teams and provides a synthesized approach in the search for planets with the greatest potential for signs of life," says Jim Green, NASA's Director of Planetary Science. "The hunt for exoplanets is not only a priority for astronomers, it's of keen interest to planetary and climate scientists as well."

The study of exoplanets - planets around other stars - is a relatively new field. The discovery of the first exoplanet around a star like our sun was made in 1995. Since the launch of NASA's Kepler space telescope six years ago, more than 1,000 exoplanets have been found, with thousands of additional candidates waiting to be confirmed. Scientists are developing ways to confirm the habitability of these worlds and search for biosignatures, or signs of life.

The key to this effort is understanding how biology interacts with the atmosphere, geology, oceans, and interior of a planet, and how these interactions are affected by the host star. This "system science" approach will help scientists better understand how to look for life on exoplanets.

NExSS will tap into the collective expertise from each of the science communities supported by NASA's Science Mission Directorate:

• Planetary scientists apply systems science to a wide variety of worlds within our solar system.

• Heliophysicists add another layer to this systems science approach, looking in detail at how the sun interacts with orbiting planets.

• Astrophysicists provide data on the exoplanets and host stars for the application of this systems science framework.

NExSS will bring together these prominent research communities in an unprecedented collaboration, to share their perspectives, research results, and approaches in the pursuit of one of humanity's deepest questions: Are we alone?

The team will help classify the diversity of worlds being discovered, understand the potential habitability of these worlds, and develop tools and technologies needed in the search for life beyond Earth.

Paul Hertz, director of the Astrophysics Division at NASA Headquarters, Washington, notes, "NExSS scientists will not only apply a systems science approach to existing exoplanet data, their work will provide a foundation for interpreting observations of exoplanets from future exoplanet missions such as TESS, JWST, and WFIRST." The Transiting Exoplanet Survey Satellite (TESS) is working toward a 2017 launch, with the James Webb Space Telescope (JWST) scheduled for launch in 2018. The Wide-field Infrared Survey Telescope is currently being studied by NASA for a launch in the 2020s.

NExSS will be led by Natalie Batalha of NASA's Ames Research Center in Moffett Field, California; Dawn Gelino with NExScI, the NASA Exoplanet Science Institute at the California Institute of Technology in Pasadena; and Anthony del Genio of NASA's Goddard Institute for Space Studies in Greenbelt, Maryland. The NExSS project will also include team members from 10 different universities and two research institutes. These teams were selected from proposals submitted across NASA's Science Mission Directorate.

The team from the University of Berkeley, California and Stanford, near Palo Alto, California, is led by James Graham. This "Exoplanets Unveiled" group will focus on this question: "What are the properties of exoplanetary systems, particularly as they relate to their formation, evolution, and potential to harbor life?"

Daniel Apai leads the "Earths in Other Solar Systems" team from the University of Arizona, Tucson. The EOS team will combine astronomical observations of exoplanets and forming planetary systems with powerful computer simulations and cutting-edge microscopic studies of meteorites from the early solar system to understand how Earth-like planets form and how biocritical ingredients - C, H, N, O-containing molecules - are delivered to these worlds. More information is at:

The team from Arizona State University in Phoenix will take a similar approach. Led by Steven Desch, this research group will place planetary habitability in a chemical context, with the goal of producing a "periodic table of planets." Additionally, the outputs from this team will be critical inputs to other teams modeling the atmospheres of other worlds.

Researchers from Hampton University, Virginia, will be exploring the sources and sinks for volatiles on habitable worlds. The "Living, Breathing Planet Team," led by William B. Moore, will study how the loss of hydrogen and other atmospheric compounds to space has profoundly changed the chemistry and surface conditions of planets in the solar system and beyond. This research will help determine the past and present habitability of Mars and even Venus, and will form the basis for identifying habitable and eventually living planets around other stars. More information is at:

The team centered at NASA's Goddard Institute for Space Studies will investigate habitability on a more local scale. Led by Tony Del Genio, it will examine the habitability of solar system rocky planets through time, and will use that foundation to inform the detection and characterization of habitable exoplanets in the future. More information is at:

The NASA Astrobiology Institute's Virtual Planetary Laboratory, based at the University of Washington, Seattle, was founded in 2001 and is a heritage team of the NExSS network. This research group, led by Victoria Meadows, will combine expertise from Earth observations, Earth system science, planetary science, and astronomy to explore factors likely to affect the habitability of exoplanets, as well as the remote detectability of global signs of habitability and life.

Five additional teams were chosen from the Planetary Science Division portion of the Exoplanets Research Program (ExRP). Each brings a unique combination of expertise to understand the fundamental origins of exoplanetary systems, through laboratory, observational, and modeling studies.

A group led by Neal Turner at NASA's Jet Propulsion Laboratory and the California Institute of Technology, both in Pasadena, California, will work to understand why so many exoplanets orbit close to their stars. Were they born where we find them, or did they form farther out and spiral inward? The team will investigate how the gas and dust close to young stars interact with planets, using computer modeling to go beyond what can be imaged with today's telescopes on the ground and in space.

A team at the University of Wyoming, in Laramie, headed by Hannah Jang-Condell, will explore the evolution of planet formation, modeling disks around young stars that are in the process of forming their planets. Of particular interest are "transitional" disks, which are protostellar disks that appear to have inner holes or regions partially cleared of gas and dust. These inner holes may be caused in part by planets inside or near the holes.

A Pennsylvania State University team, led by Eric Ford, will strive to further understand planetary formation by investigating the bulk properties of small transiting planets and implications for their formation.

A second group from Pennsylvania State University in University Park, with Jason Wright as principal investigator, will study the atmospheres of giant planets that are transiting hot Jupiters with a novel, high-precision technique called diffuser-assisted photometry. This research aims to enable more detailed characterization of the temperatures, pressures, composition, and variability of exoplanet atmospheres. More information is at:

The team from the University of Maryland at College Park and NASA's Goddard Space Flight Center, with Wade Henning at the helm, will study tidal dynamics and orbital evolution of terrestrial class exoplanets. This effort will explore how intense tidal heating, such as the temporary creation of magma oceans, can actually save Earth-sized planets from being ejected during the orbital chaos of early solar systems.

Another University of Maryland project, led by Drake Deming, will leverage a statistical analysis of data from NASA's Kepler mission to extract the maximum amount of information concerning the atmospheres of Kepler's planets.

The team from Yale University in New Haven, Connecticut, headed by Debra Fischer, will design new spectrometers with the stability to reach Earth-detecting precision for nearby stars. The team will also make improvements to Planet Hunters, www.planethunters.org, a web interface that allows citizen scientists to search for transiting planets in the NASA Kepler public archive data. Citizen scientists have found more than 100 planets not previously detected; many of these planets are in the habitable zones of host stars.

A group led by Adam Jensen at the University of Nebraska-Kearney will explore the existence and evolution of exospheres around exoplanets, the outer, 'unbound' portion of a planet's atmosphere. This team previously made the first visible light detection of hydrogen absorption from an exoplanet's exosphere, indicating a source of hot, excited hydrogen around the planet. The existence of such hydrogen can potentially tell us about the long-term evolution of a planet's atmosphere, including the effects and interactions of stellar winds and planetary magnetic fields.

From the University of California, Santa Cruz, Jonathan Fortney's team will investigate how novel statistical methods can be used to extract information from light that is emitted and reflected by planetary atmospheres, in order to understand their atmospheric temperatures and the abundance of molecules.