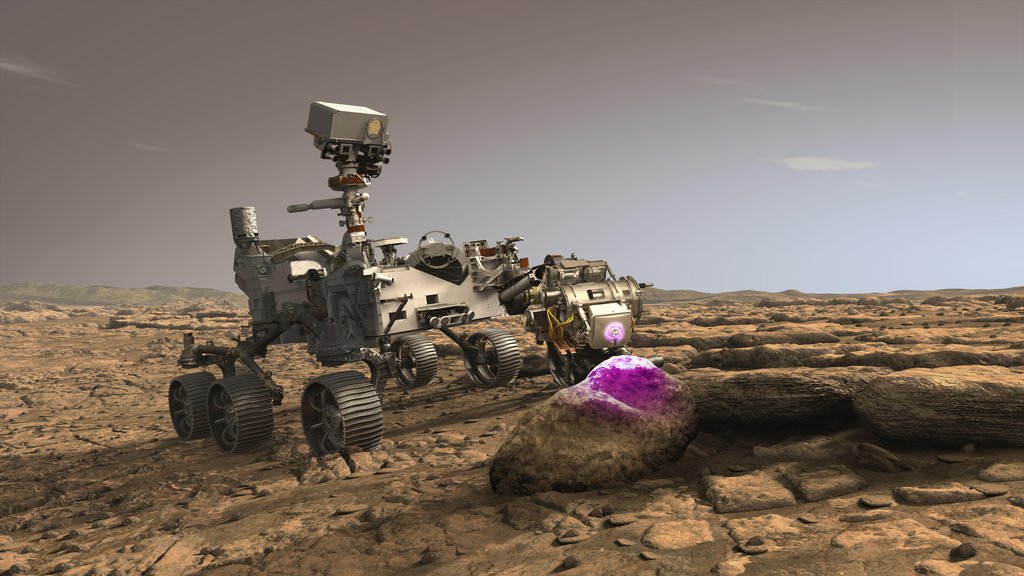 In this illustration, NASA's Perseverance Mars rover uses the Planetary Instrument for X-ray Lithochemistry (PIXL), which will help search for signs of ancient microbial life in rocks. 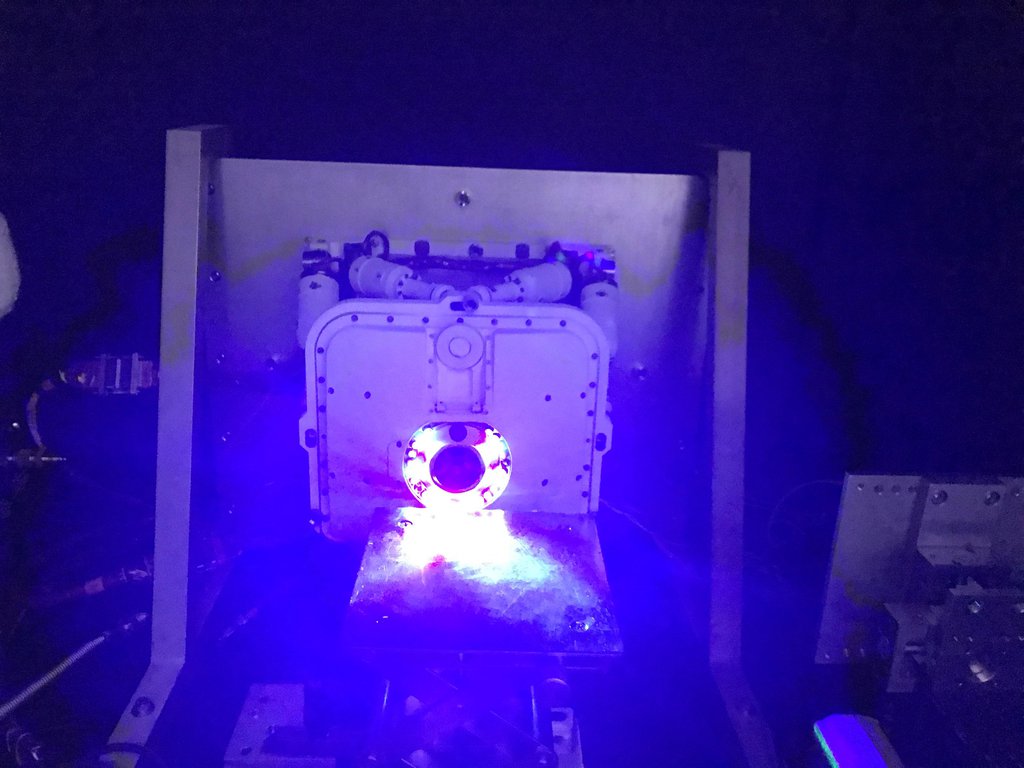 PIXL requires pictures of its rock targets to autonomously position itself. Using artificial intelligence, PIXL relies on the images to determine how far away it is from a target to be scanned.
Credit: NASA/JPL-Caltech
Full Image Details

PIXL, an instrument on the end of the Perseverance rover's arm, will search for chemical fingerprints left by ancient microbes.

NASA's Mars 2020 Perseverance rover has a challenging road ahead: After having to make it through the harrowing entry, descent, and landing phase of the mission on Feb. 18, 2021, it will begin searching for traces of microscopic life from billions of years back. That's why it's packing PIXL, a precision X-ray device powered by artificial intelligence (AI).

Short for Planetary Instrument for X-ray Lithochemistry, PIXL is a lunchbox-size instrument located on the end of Perseverance's 7-foot-long (2-meter-long) robotic arm. The rover's most important samples will be collected by a coring drill on the end of the arm, then stashed in metal tubes that Perseverance will deposit on the surface for return to Earth by a future mission.

Nearly every mission that has successfully landed on Mars, from the Viking landers to the Curiosity rover, has included an X-ray fluorescence spectrometer of some kind. One major way PIXL differs from its predecessors is in its ability to scan rock using a powerful, finely-focused X-ray beam to discover where - and in what quantity - chemicals are distributed across the surface.

"PIXL's X-ray beam is so narrow that it can pinpoint features as small as a grain of salt. That allows us to very accurately tie chemicals we detect to specific textures in a rock," said Abigail Allwood, PIXL's principal investigator at NASA's Jet Propulsion Laboratory in Southern California.

Rock textures will be an essential clue when deciding which samples are worth returning to Earth. On our planet, distinctively warped rocks called stromatolites were made from ancient layers of bacteria, and they are just one example of fossilized ancient life that scientists will be looking for. 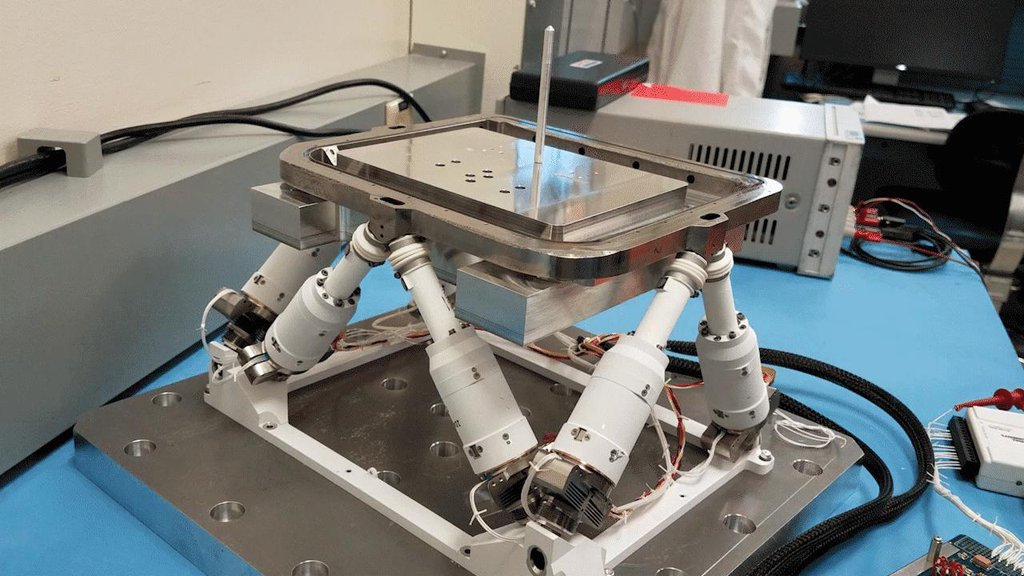 A device with six mechanical legs, the hexapod is a critical part of the PIXL instrument aboard NASA's Perseverance Mars rover. The hexapod allows PIXL to make slow, precise movements to get closer to and point at specific parts of a rock's surface.
Credit: NASA/JPL-Caltech
Full Image Details

To help find the best targets, PIXL relies on more than a precision X-ray beam alone. It also needs a hexapod - a device featuring six mechanical legs connecting PIXL to the robotic arm and guided by artificial intelligence to get the most accurate aim. After the rover's arm is placed close to an interesting rock, PIXL uses a camera and laser to calculate its distance. Then those legs make tiny movements - on the order of just 100 microns, or about twice the width of a human hair - so the device can scan the target, mapping the chemicals found within a postage stamp-size area.

"The hexapod figures out on its own how to point and extend its legs even closer to a rock target," Allwood said. "It's kind of like a little robot who has made itself at home on the end of the rover's arm."

Then PIXL measures X-rays in 10-second bursts from a single point on a rock before the instrument tilts 100 microns and takes another measurement. To produce one of those postage stamp-size chemical maps, it may need to do this thousands of times over the course of as many as eight or nine hours.

That timeframe is partly what makes PIXL's microscopic adjustments so critical: The temperature on Mars changes by more than 100 degrees Fahrenheit (38 degrees Celsius) over the course of a day, causing the metal on Perseverance's robotic arm to expand and contract by as much as a half-inch (13 millimeters). To minimize the thermal contractions PIXL has to contend with, the instrument will conduct its science after the Sun sets.

"PIXL is a night owl," Allwood said. "The temperature is more stable at night, and that also lets us work at a time when there's less activity on the rover." 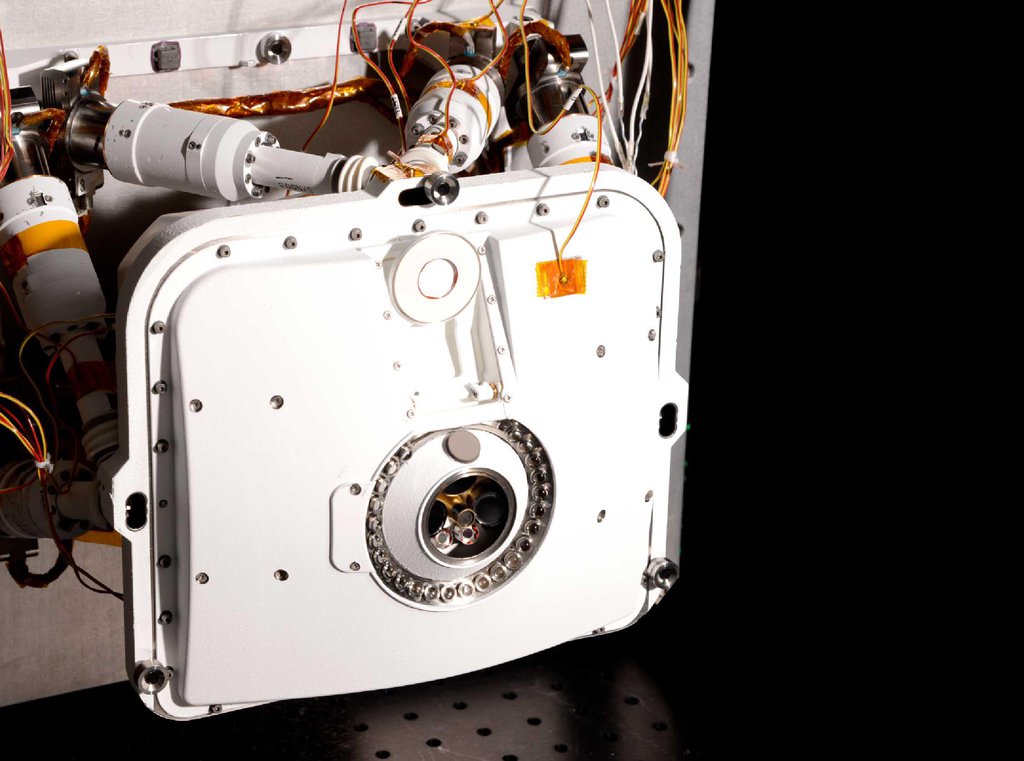 X-rays for Art and Science

Long before X-ray fluorescence got to Mars, it was used by geologists and metallurgists to identify materials. It eventually became a standard museum technique for discovering the origins of paintings or detecting counterfeits.

"If you know that an artist typically used a certain titanium white with a unique chemical signature of heavy metals, this evidence might help authenticate a painting," said Chris Heirwegh, an X-ray fluorescence expert on the PIXL team at JPL. "Or you can determine if a particular kind of paint originated in Italy rather than France, linking it to a specific artistic group from the time period."

For astrobiologists, X-ray fluorescence is a way to read stories left by the ancient past. Allwood used it to determine that stromatolite rocks found in her native country of Australia are some of the oldest microbial fossils on Earth, dating back 3.5 billion years. Mapping out the chemistry in rock textures with PIXL will offer scientists clues to interpret whether a sample could be a fossilized microbe.

A key objective for Perseverance's mission on Mars is astrobiology, including the search for signs of ancient microbial life. The rover will also characterize the planet's climate and geology, pave the way for human exploration of the Red Planet, and be the first planetary mission to collect and cache Martian rock and regolith (broken rock and dust). Subsequent missions, currently under consideration by NASA in cooperation with the European Space Agency, would send spacecraft to Mars to collect these cached samples from the surface and return them to Earth for in-depth analysis.