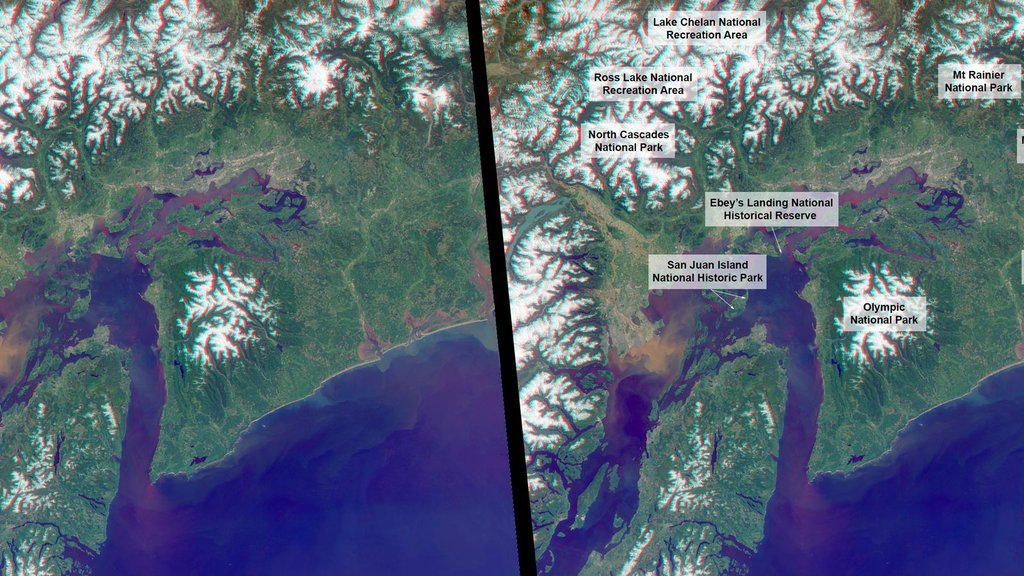 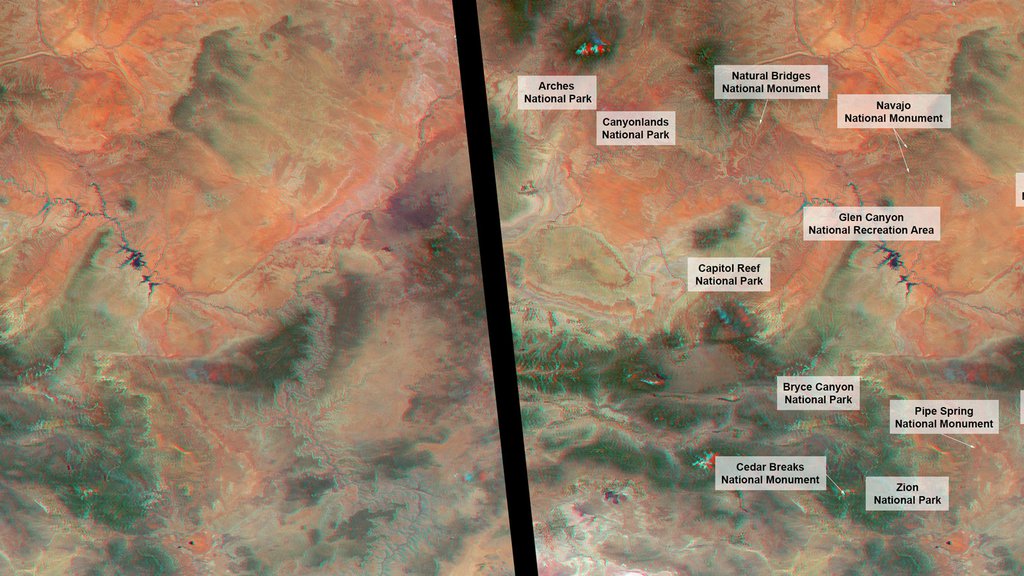 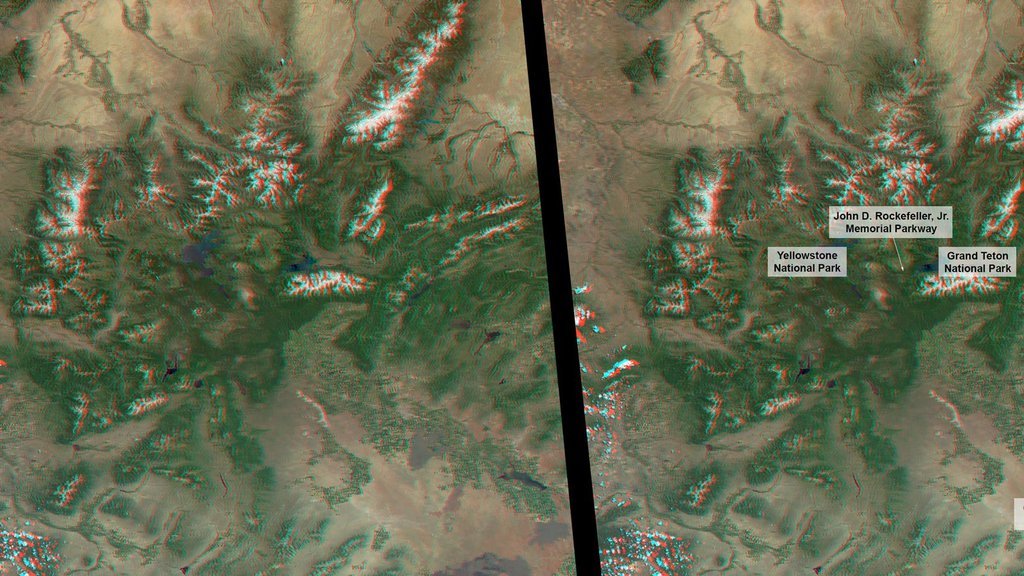 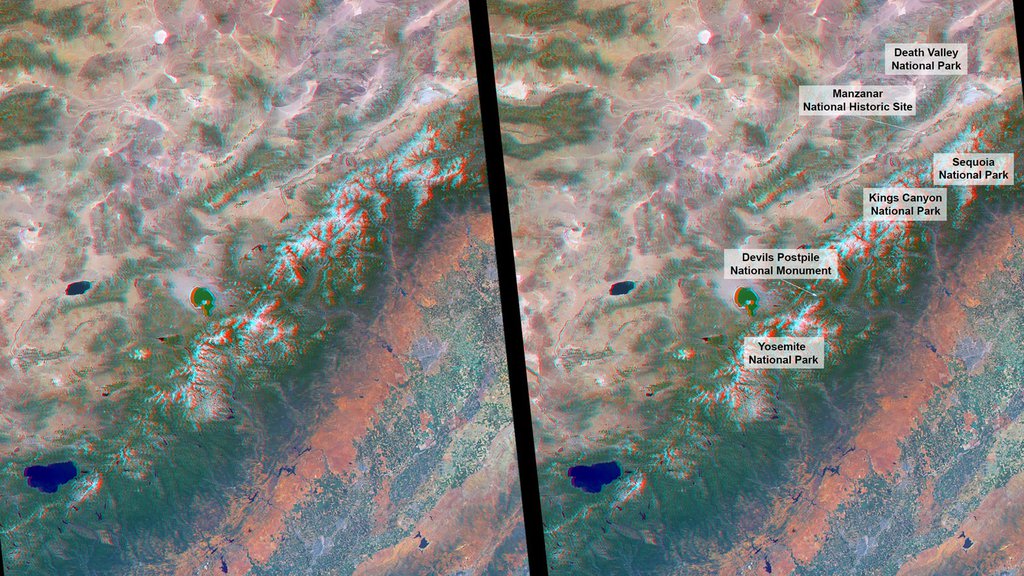 MISR views Earth with nine cameras pointed at different angles, giving it the unique capability to produce anaglyphs -- stereoscopic images that allow the viewer to experience the landscape in three dimensions. The anaglyphs were made by combining data from MISR's vertical-viewing and 46-degree forward-pointing camera.

If you'd like to experience the images with the 3-D effect, you will need red-blue glasses; make sure you place the red lens over your left eye. The images have been rotated so that north is to the left in order to enable 3-D viewing because the Terra satellite flies from north to south. All of the images are 235 miles (378 kilometers) wide from west to east.

Instructions for making 3-D glasses are online at: