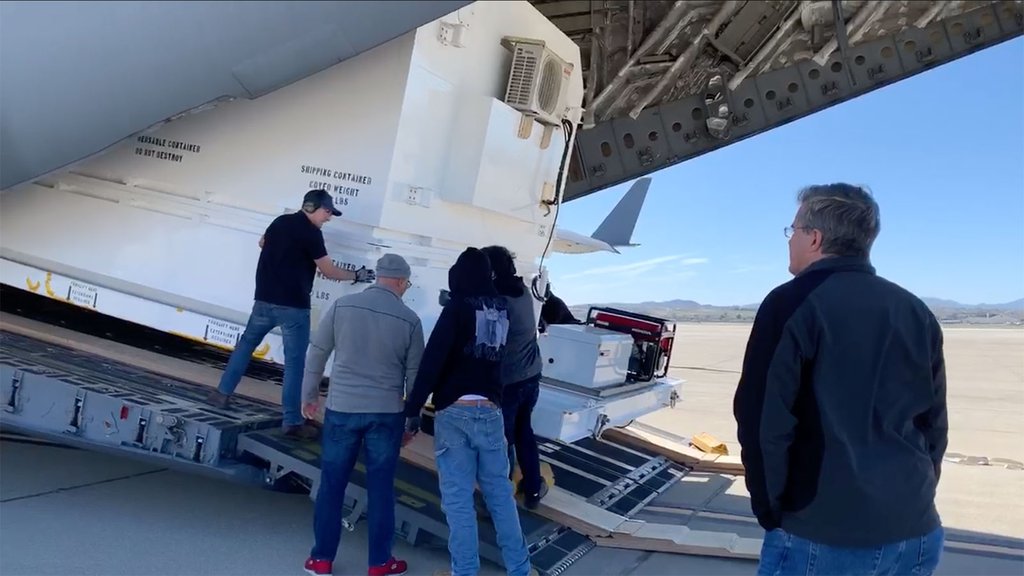 On Feb. 11, 2020, Mars 2020 Assembly, Test and Launch Operations Manager David Gruel watched as members of his team loaded NASA's next Mars rover onto an Air Force C-17 at March Air Reserve Base in Riverside, California. The rover was flown to Cape Canaveral, Florida, in preparation for its July launch.
Credit: NASA/JPL-Caltech 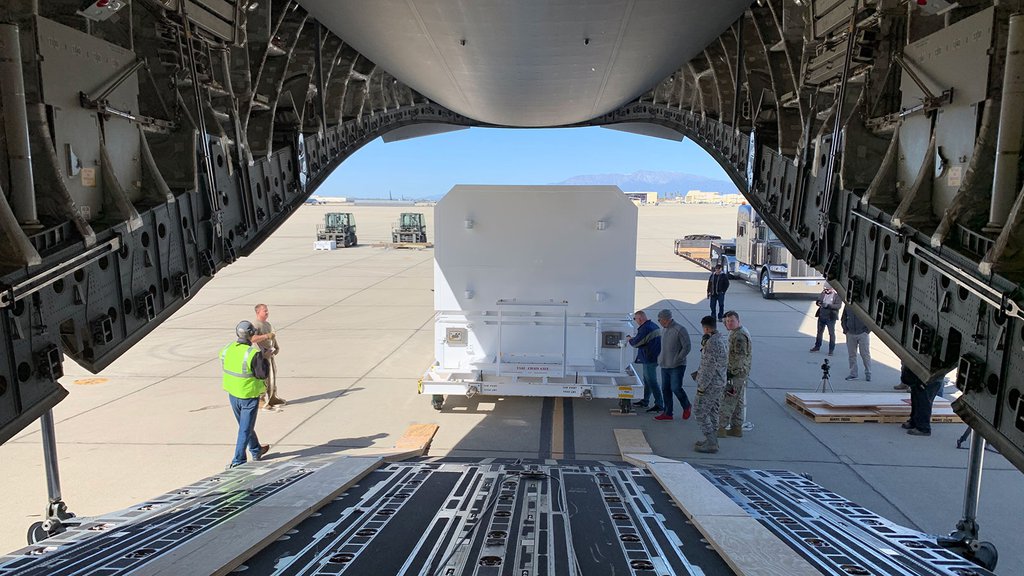 The shipping container carrying NASA's Mars 2020 rover is readied for loading aboard an Air Force C-17 transport plane at March Air Reserve Base in Riverside, California, on Feb. 11, 2020.
Credit: NASA/JPL-Caltech