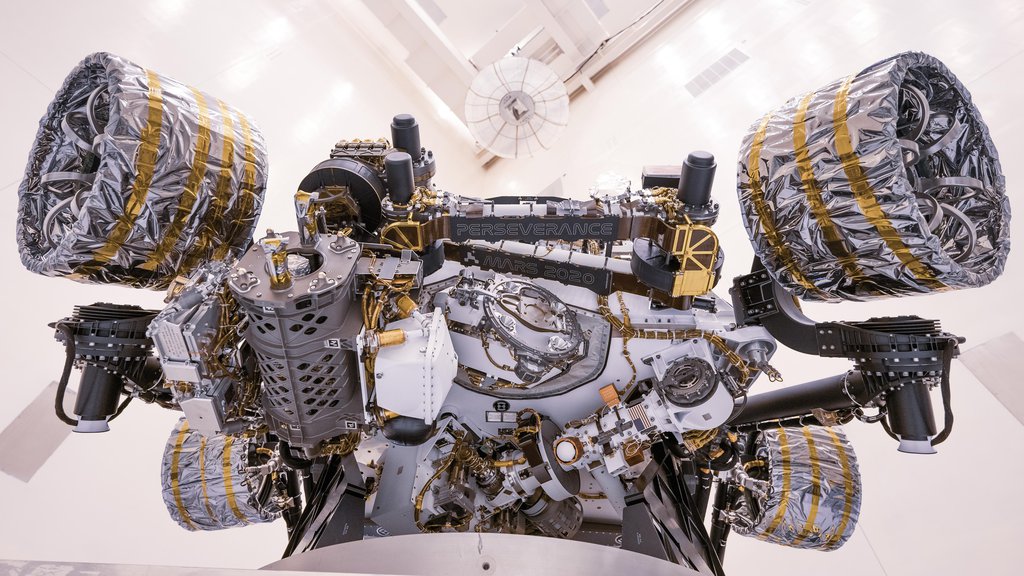 This image of the Perseverance Mars rover was taken at NASA's Kennedy Space Center on April 7, 2020, during a test of the vehicle's mass properties.
Credit: NASA/JPL-Caltech
Full Image Details 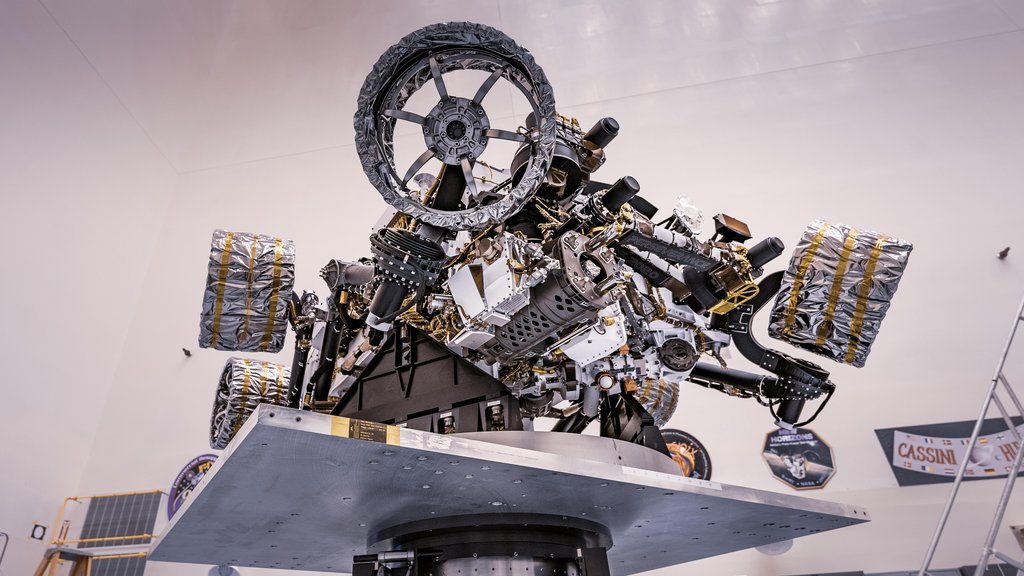 Another view of NASA's Perseverance rover attached to a spin table during a test of its mass properties at the Kennedy Space Center in Florida. The image was taken on April 7, 2020.
Credit: NASA/JPL-Caltech
Full Image Details 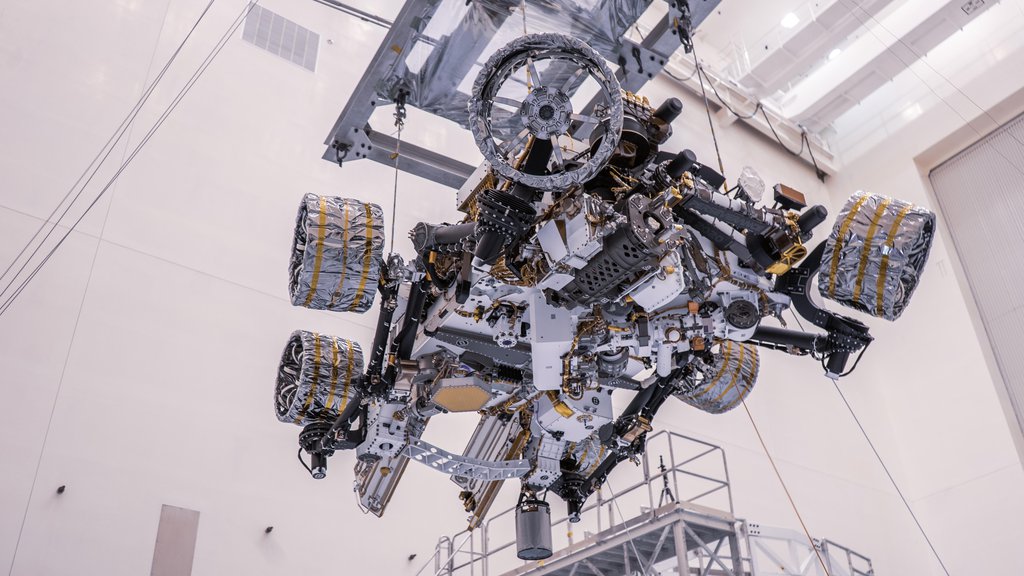 NASA's Perseverance rover is moved during a test of its mass properties at Kennedy Space Center in Florida. The image was taken on April 7, 2020.
Credit: NASA/JPL-Caltech
Full Image Details

The mission team performed a crucial weight-balancing test on the rover in preparation for this summer's history-making launch to the Red Planet.

With 13 weeks to go before the launch period of NASA's Mars 2020 Perseverance rover opens, final preparations of the spacecraft continue at the Kennedy Space Center in Florida. On April 8, the assembly, test and launch operations team completed a crucial mass properties test of the rover.

Precision mass properties measurements are essential to a safe landing on Mars because they help ensure that the spacecraft travels accurately throughout its trip to the Red Planet - from launch through its entry, descent and landing.

On April 6, the meticulous three-day process began with Perseverance being lifted onto the rover turnover fixture. The team then slowly rotated the rover around its x-axis - an imaginary line that extends through the rover from its tail to its front - to determine its center of gravity (the point at which weight is evenly dispersed on all sides) relative to that axis.

The team then moved the rover to a spin table. To minimize friction that could affect the accuracy of the results, the table's surface sits on a spherical air bearing that essentially levitates on a thin layer of nitrogen gas. To determine center of gravity relative to the rover's z-axis (which extends from the bottom of the rover through the top) and y-axis (from the rover's left to right side), the team slowly rotated the vehicle back and forth, calculating the imbalance in its mass distribution.

Just as an auto mechanic places small weights on a car tire's rim to bring it into balance, the Perseverance team analyzed the data and then added 13.8 pounds (6.27 kilograms) to the rover's chassis. Now the rover's center of gravity is within 0.001 inch (0.025 millimeters) of the exact spot mission designers intended.

The Perseverance rover is a robotic scientist weighing about 2,260 pounds (1,025 kilograms). It will search for signs of past microbial life, characterize the planet's climate and geology, collect samples for future return to Earth, and pave the way for human exploration of the Red Planet. No matter what day Perseverance launches during its July 17-Aug. 5 launch period, it will land on Mars' Jezero Crater on Feb. 18, 2021.