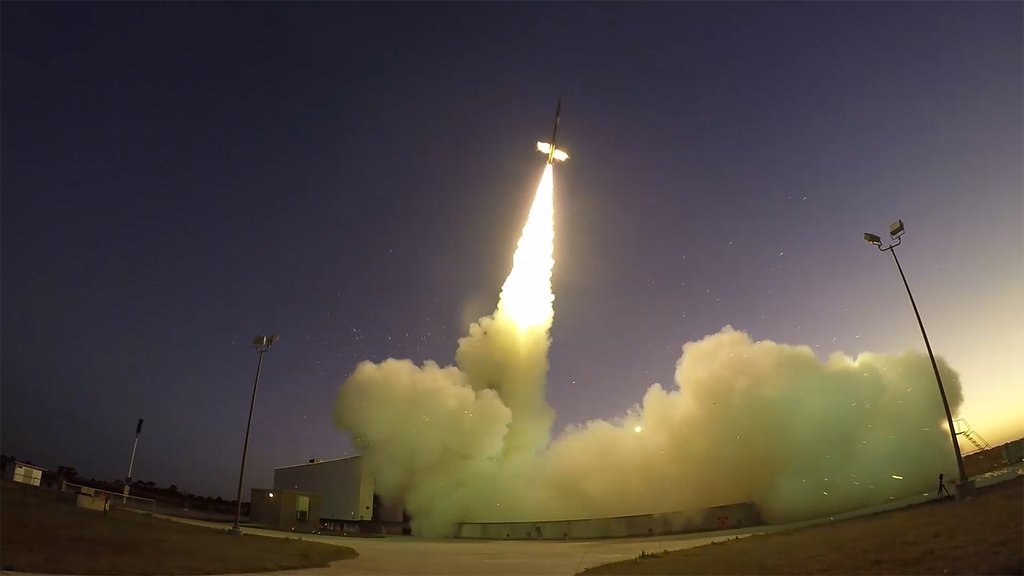 Landing on Mars is difficult and not always successful. Well-designed advance testing helps. An ambitious NASA Mars rover mission set to launch in 2020 will rely on a special parachute to slow the spacecraft down as it enters the Martian atmosphere at over 12,000 mph (5.4 kilometers per second). Preparations for this mission have provided, for the first time, dramatic video of the parachute opening at supersonic speed.

"It is quite a ride," said Ian Clark, the test's technical lead from NASA's Jet Propulsion Laboratory in Pasadena, California. "The imagery of our first parachute inflation is almost as breathtaking to behold as it is scientifically significant. For the first time, we get to see what it would look like to be in a spacecraft hurtling towards the Red Planet, unfurling its parachute."

A 58-foot-tall (17.7-meter) Black Brant IX sounding rocket launched from Wallops on Oct. 4 for this evaluation of the ASPIRE payload performance. The payload is a bullet-nosed, cylindrical structure holding a supersonic parachute, the parachute's deployment mechanism, and the test's high-definition instrumentation -- including cameras -- to record data.

The rocket carried the payload as high as about 32 miles (51 kilometers). Forty-two seconds later, at an altitude of 26 miles (42 kilometers) and a velocity of 1.8 times the speed of sound, the test conditions were met and the Mars parachute successfully deployed. Thirty-five minutes after launch, ASPIRE splashed down in the Atlantic Ocean about 34 miles (54 kilometers) southeast of Wallops Island.

"Everything went according to plan or better than planned," said Clark. "We not only proved that we could get our payload to the correct altitude and velocity conditions to best mimic a parachute deployment in the Martian atmosphere, but as an added bonus, we got to see our parachute in action as well."

The parachute tested during this first flight was almost an exact copy of the parachute used to land NASA's Mars Science Laboratory successfully on the Red Planet in 2012. Future tests will evaluate the performance of a strengthened parachute that could also be used in future Mars missions. The Mars 2020 team will use data from these tests to finalize the design for its mission.

The next ASPIRE test is planned for February 2018.