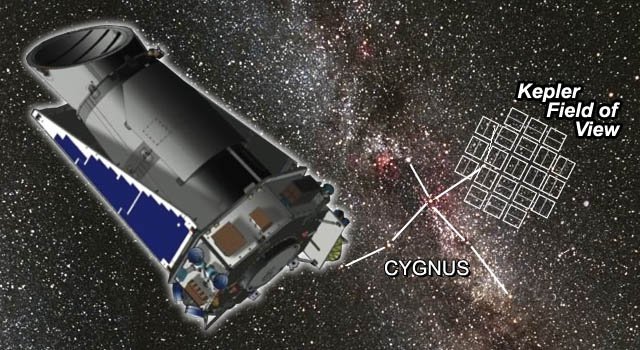 NASA's Kepler spacecraft is ready to be moved to the launch pad today and will soon begin a journey to search for worlds that could potentially host life.

PASADENA, Calif. -- NASA's Kepler spacecraft is ready to be moved to the launch pad today and will soon begin a journey to search for worlds that could potentially host life.

Kepler is scheduled to blast into space from Cape Canaveral Air Force Station, Fla., aboard a Delta II rocket on March 5 at 7:48 p.m. Pacific Time (10:48 p.m. Eastern Time). It is the first mission with the ability to find planets like Earth -- rocky planets that orbit sun-like stars in a warm zone where liquid water could be maintained on the surface. Liquid water is believed to be essential for the formation of life.

"Kepler is a critical component in NASA's broader efforts to ultimately find and study planets where Earth-like conditions may be present," said Jon Morse, the Astrophysics Division director at NASA Headquarters in Washington. "The planetary census Kepler takes will be very important for understanding the frequency of Earth-size planets in our galaxy and planning future missions that directly detect and characterize such worlds around nearby stars."

The mission will spend three-and-a-half years surveying more than 100,000 sun-like stars in the Cygnus-Lyra region of our Milky Way galaxy. It is expected to find hundreds of planets the size of Earth and larger at various distances from their stars. If Earth-size planets are common in the habitable zone, Kepler could find dozens; if those planets are rare, Kepler might find none.

In the end, the mission will be our first step toward answering a question posed by the ancient Greeks: are there other worlds like ours or are we alone?

"Finding that most stars have Earths implies that the conditions that support the development of life could be common throughout our galaxy," said William Borucki, Kepler's science principal investigator at NASA's Ames Research Center at Moffett Field, Calif. "Finding few or no Earths indicates that we might be alone."

The Kepler telescope is specially designed to detect the periodic dimming of stars that planets cause as they pass by. Some star systems are oriented in such a way that their planets cross in front of their stars, as seen from our Earthly point of view. As the planets pass by, they cause their stars' light to slightly dim, or wink.

The telescope can detect even the faintest of these winks, registering changes in brightness of only 20 parts per million. To achieve this resolution, Kepler will use the largest camera ever launched into space, a 95-megapixel array of charged couple devices, known as CCDs.

"If Kepler were to look down at a small town on Earth at night from space, it would be able to detect the dimming of a porch light as somebody passed in front," said James Fanson, Kepler project manager at NASA's Jet Propulsion Laboratory in Pasadena, Calif.

By staring at one large patch of sky for the duration of its lifetime, Kepler will be able to watch planets periodically transit their stars over multiple cycles. This will allow astronomers to confirm the presence of planets. Earth-size planets in habitable zones would theoretically take about a year to complete one orbit, so Kepler will monitor those stars for at least three years to confirm the planets' presence. Ground-based telescopes and NASA's Hubble and Spitzer space telescopes will perform follow-up studies on the larger planets.

"Kepler is a critical cornerstone in understanding what types of planets are formed around other stars," said exoplanet hunter Debra Fischer of San Francisco State University in California. "The discoveries that emerge will be used immediately to study the atmospheres of large, gas exoplanets with Spitzer. And the statistics that are compiled will help us chart a course toward one day imaging a pale blue dot like our planet, orbiting another star in our galaxy."