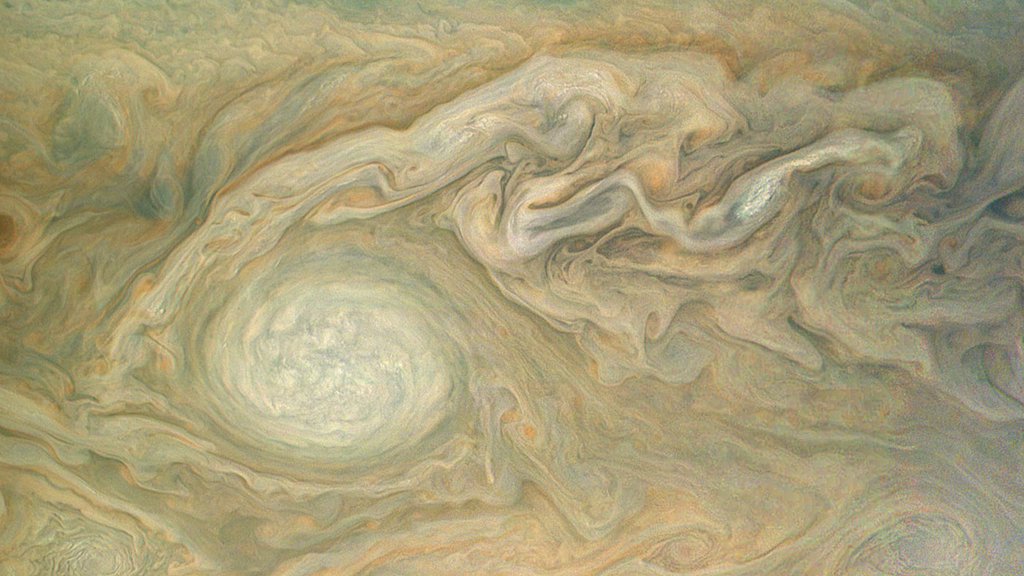 All of Juno's science instruments and the spacecraft's JunoCam were operating during the flyby, collecting data that is now being returned to Earth. Juno's next close flyby of Jupiter will occur on July 11, 2017, taking it over Jupiter's Great Red Spot.

NASA's Juno spacecraft will make its fifth science flyby over Jupiter's mysterious cloud tops on Thursday, May 18, at 11 p.m. PDT (Friday, May 19, 2 a.m. EDT and 6:00 UTC). At the time of perijove (defined as the point in Juno's orbit when it is closest to the planet's center), the spacecraft will have logged 63.5 million miles (102 million kilometers) in Jupiter's orbit and will be about 2,200 miles (3,500 kilometers) above the planet's cloud tops.

Juno launched on Aug. 5, 2011, from Cape Canaveral, Florida, and arrived in orbit around Jupiter on July 4, 2016. During its mission of exploration, Juno soars low over the planet's cloud tops -- as close as about 2,100 miles (3,400 kilometers) During these flybys, Juno is probing beneath the obscuring cloud cover of Jupiter and studying its auroras to learn more about the planet's origins, structure, atmosphere and magnetosphere.