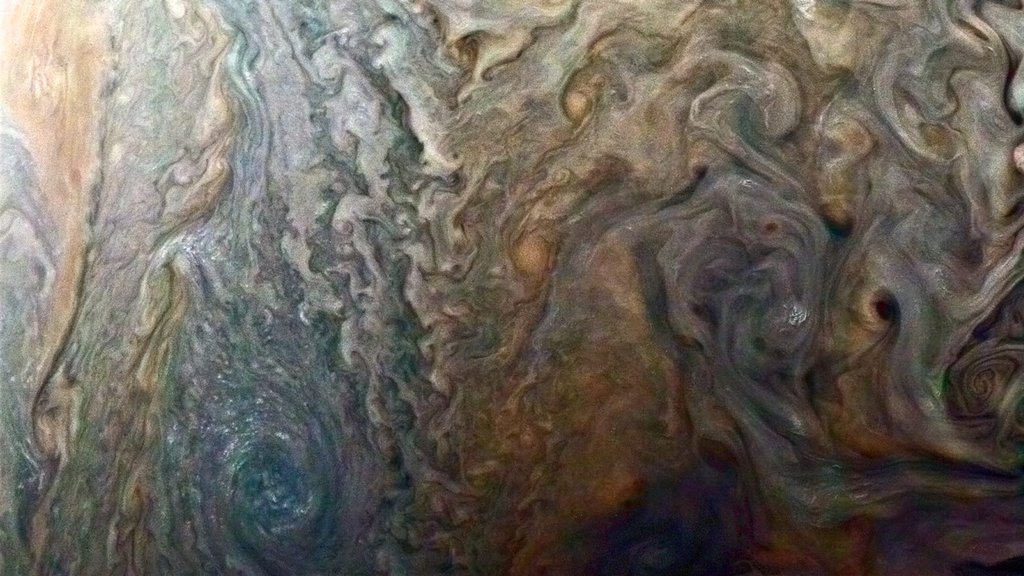 This enhanced-color image of a mysterious dark spot on Jupiter seems to reveal a Jovian "galaxy" of swirling storms. Credits: NASA/JPL-Caltech/SwRI/MSSS/Roman Tkachenko› Full image and caption