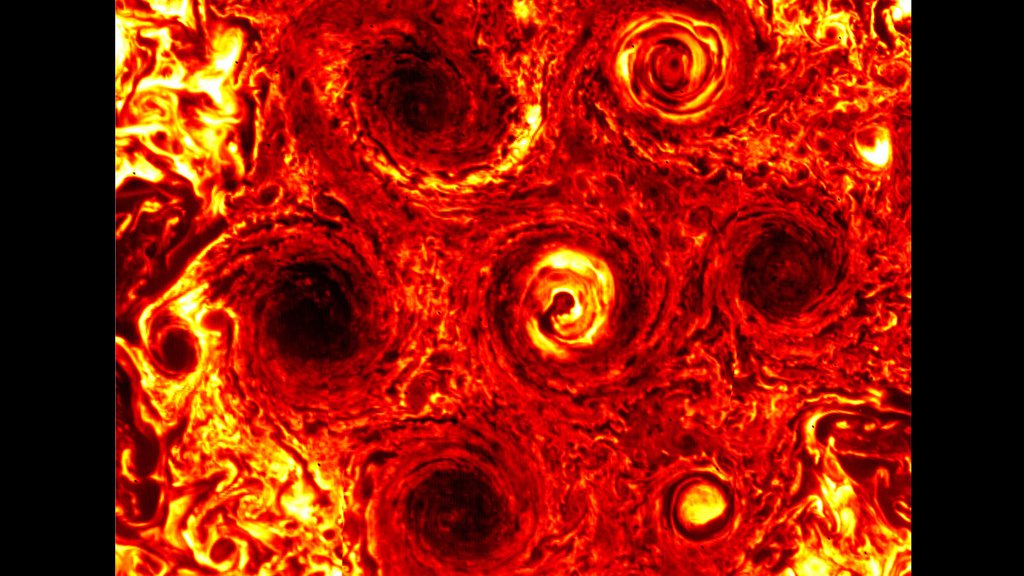 A new, smaller cyclone can be seen at the lower right of this infrared image of Jupiter's south pole taken on Nov. 4, 2019, during the 23rd science pass of the planet by NASA's Juno spacecraft.› Full image and caption
Credit: NASA/JPL-Caltech/SwRI/ASI/INAF/JIRAM 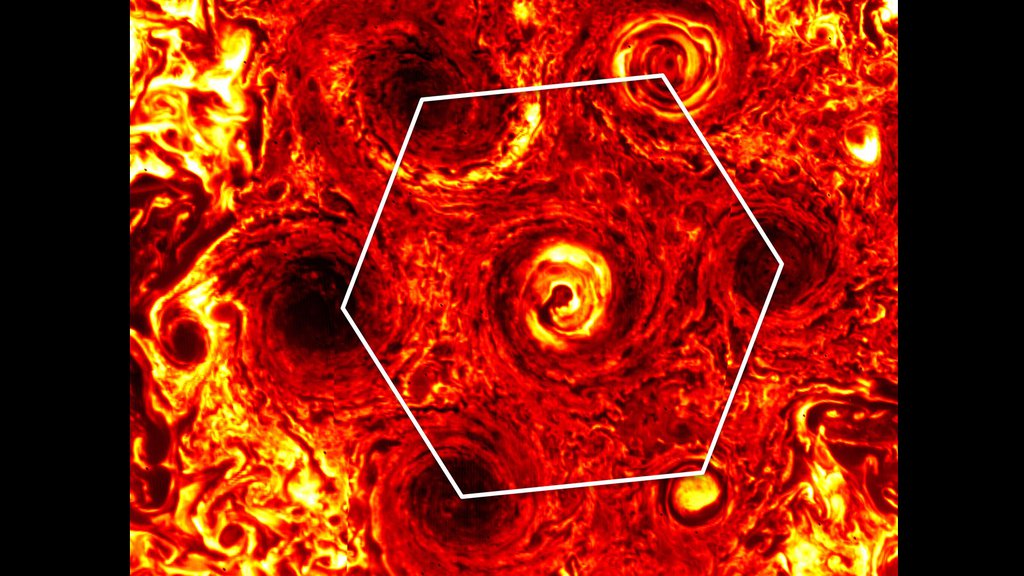 In this annotated infrared image, six cyclones form a hexagonal pattern around a central cyclone at Jupiter's south pole. The image was generated from data collected by NJASA's Juno spacecraft on Nov. 4, 2019.› Full image and caption
Credit: NASA/JPL-Caltech/SwRI/ASI/INAF/JIRAM 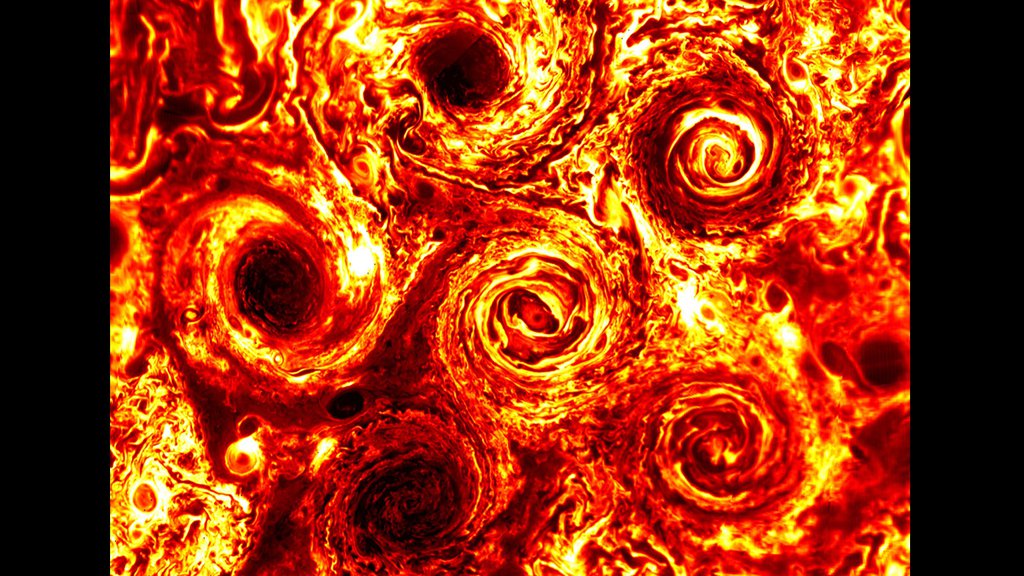 Six cyclones can be seen at Jupiter's south pole in this infrared image taken on Feb. 2, 2017, during the 3rd science pass of NASA's Juno spacecraft. Juno's Jovian Infrared Auroral Mapper (JIRAM) instrument measures heat radiated from the planet at an infrared wavelength of around 5 microns.› Full image and caption
Credit: NASA/JPL-Caltech/SwRI/ASI/INAF/JIRAM 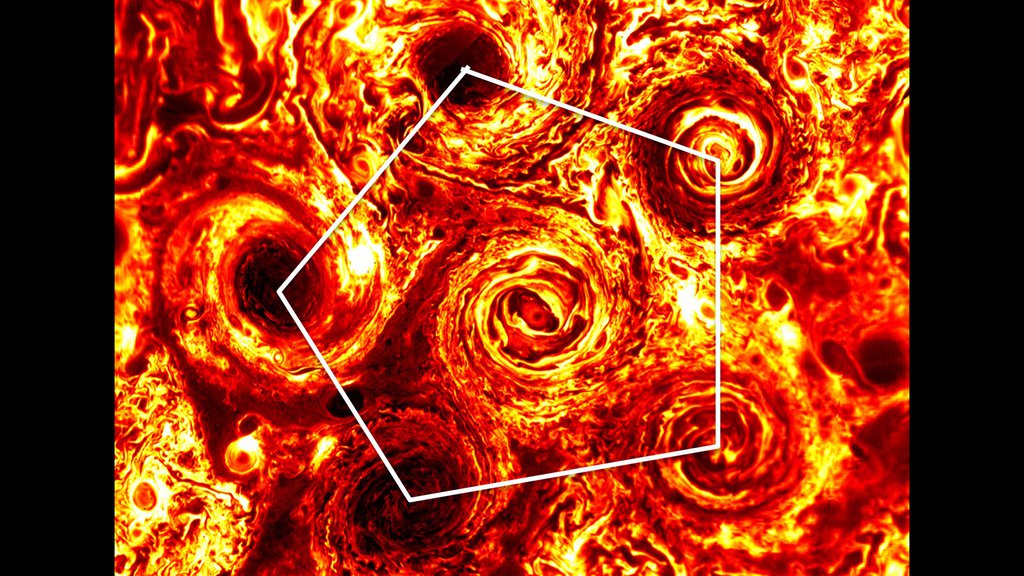 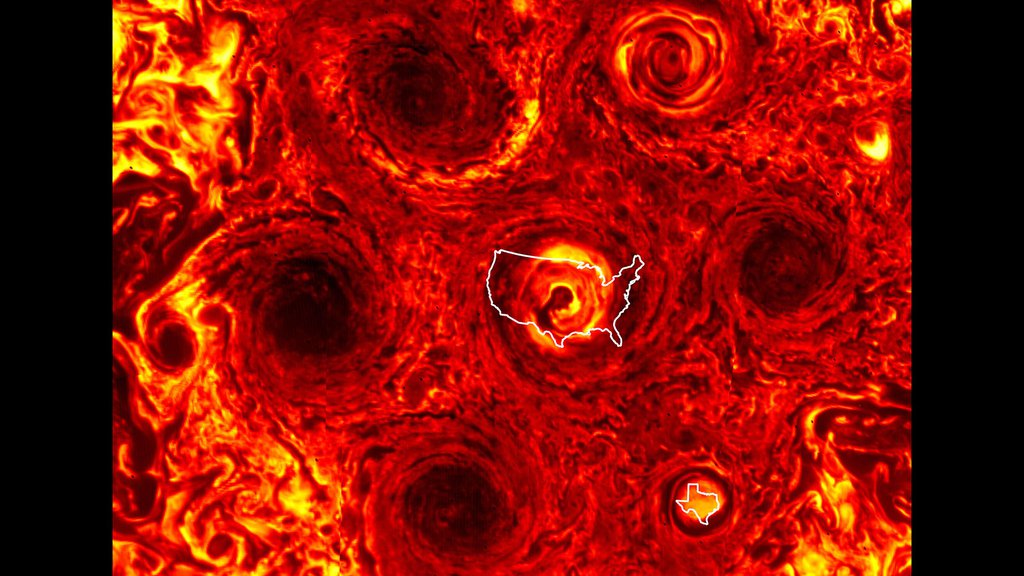 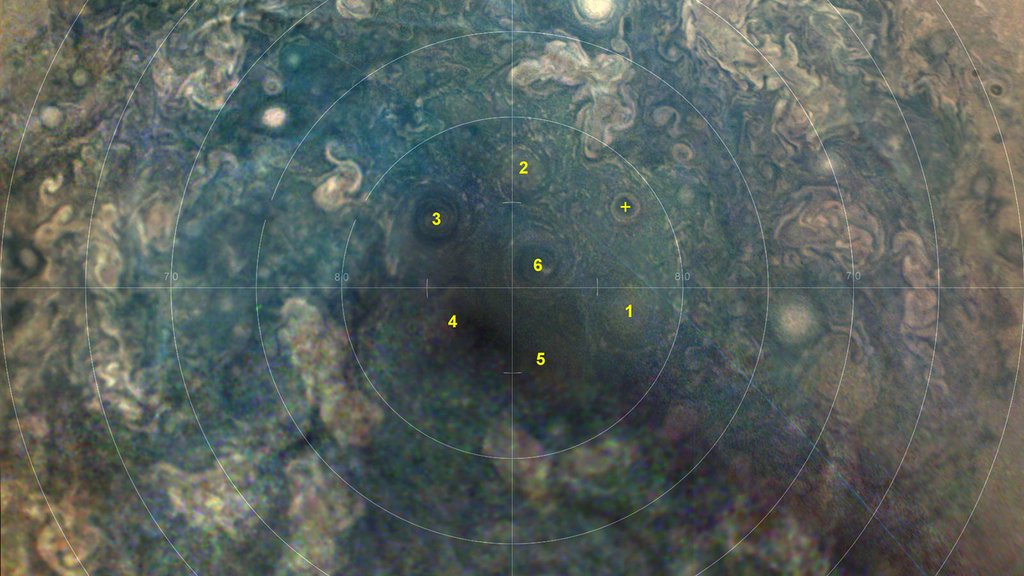 This composite visible-light image taken by the JunoCam imager aboard NASA's Juno spacecraft on Nov. 3, 2019, shows a new cyclone at Jupiter's south pole has joined five other cyclones to create a hexagonal shape around a large single cyclone.› Full image and caption
Credit: NASA/JPL-Caltech/SwRI/MSSS/JunoCam

When the Juno team maneuvered the spacecraft to avoid a mission-ending eclipse, they paved the way for it to discover a new cyclone at Jupiter's south pole.