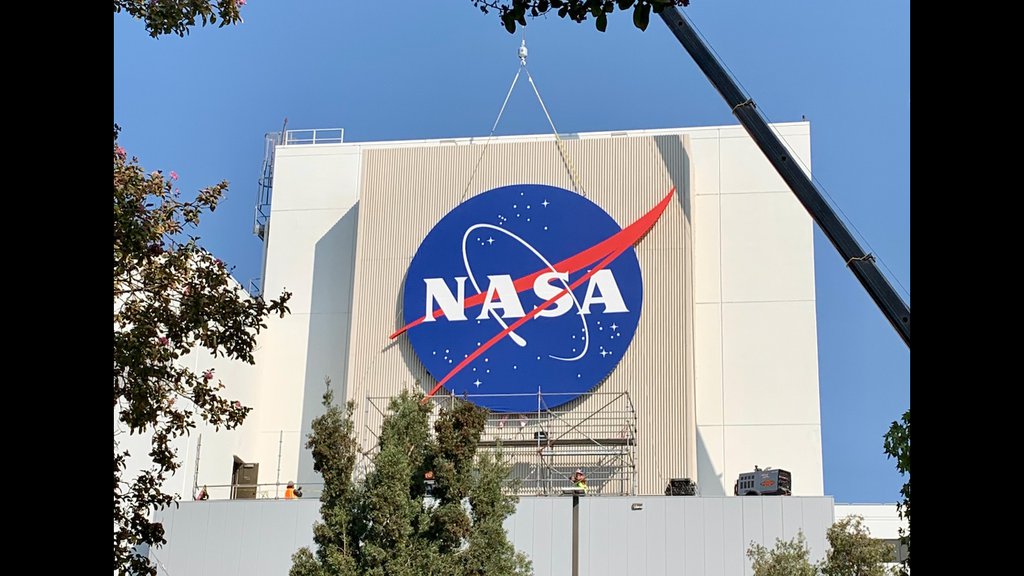 The sign, as seen from a distance, on JPL'S Spacecraft Assembly Facility. The sign is a vinyl covering stretched over an aluminum frame.
Credit: NASA/JPL-Caltech 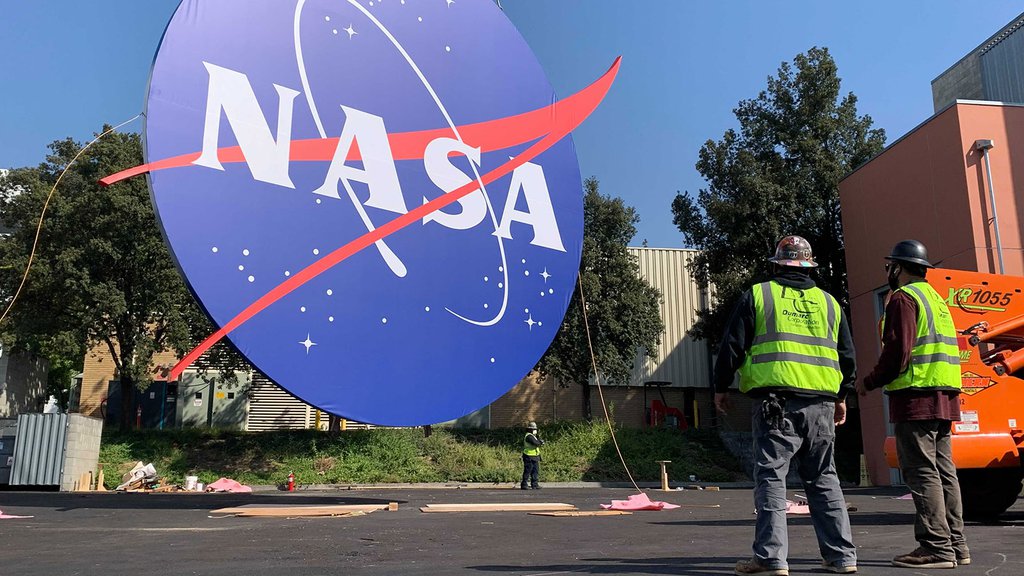 The 30-foot NASA logo, nicknamed "the meatball," is hoisted in preparation for its installation.
Credit: NASA/JPL-Caltech
Full Image Details 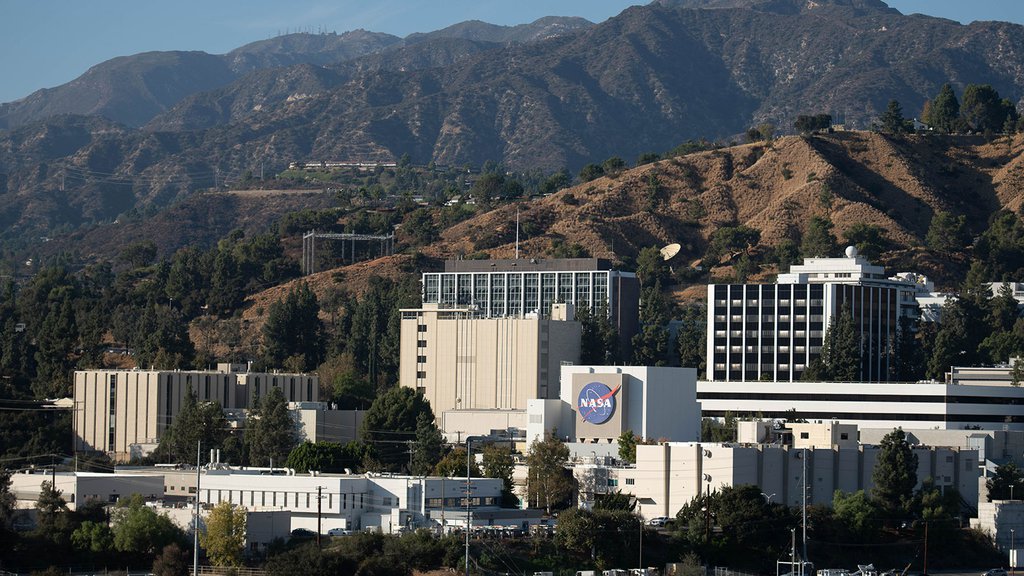 A new 30-foot NASA logo has been installed on the side of the Spacecraft Assembly Facility at the Jet Propulsion Lab to welcome JPLers and visitors alike. The red, white, and blue insignia - designed in 1959 and nicknamed "the meatball" - went up on Oct. 17 and can be spotted from the freeway nearby.

"We have two strands of DNA - one NASA and one Caltech. We wanted to proudly show our NASA heritage with this logo," said JPL Director Michael Watkins. "With the appearance of the new sign, I think that more than a few people will be surprised to realize there's a NASA center tucked away right here in the foothills of the San Gabriel Mountains."

Weighing 6.5 tons, the logo is a vinyl covering stretched over an aluminum frame, then fastened to a steel structural ring. It was assembled in a parking lot at JPL before being hoisted via a 50-ton crane and fastened onto the side of the High Bay of the Spacecraft Assembly Facility, the robot factory where NASA's twin Voyager spacecraft, Galileo, and all of the agency's Mars rovers were built. Structural steel beams were welded in place to support the new sign.

The job of creating, sizing, and placing the sign fell to The Studio, part of JPL's graphic design and visual strategy team. The historic location they chose for the sign was only fitting, although the decision was grounded in pragmatism.

"We were trying to find a building that worked both in location and was the right size, height, and shape," said Dan Goods, manager of The Studio. "While we were originally just looking for a proper surface, the fact that it's our High Bay was a happy accident that gives it more significance."

JPL's location at the base of the foothills dates back to 1936, when a group of rocket enthusiasts, working under Caltech graduate student Frank Malina, conducted rocket-firing tests at the site. JPL, a division of Caltech, grew throughout the 1940s and '50s and ultimately built and helped launch America's first satellite, Explorer 1, in 1958. By the end of that year, Congress established NASA and JPL became a part of the agency. Caltech manages JPL for NASA.