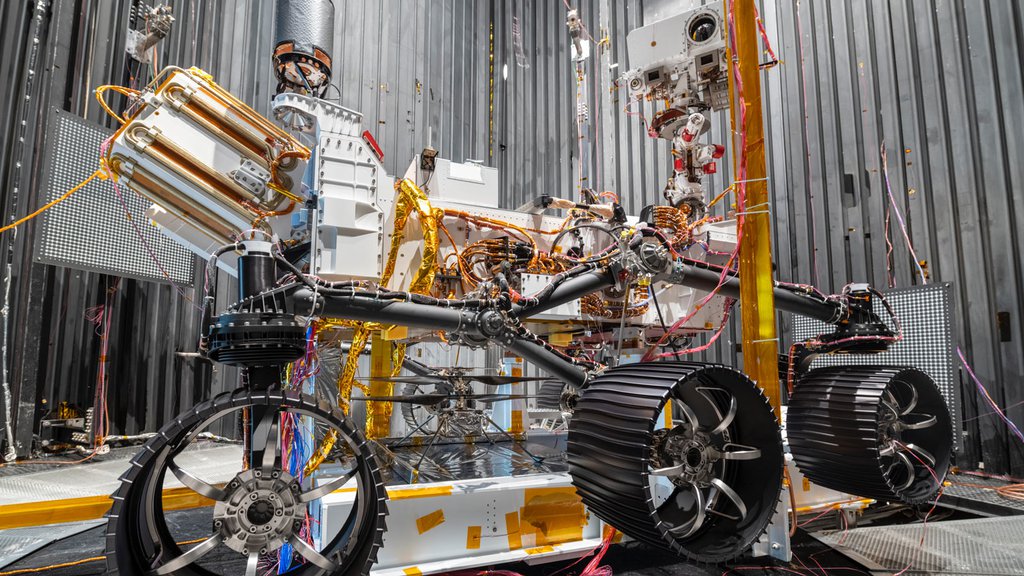 The Ingenuity Mars Helicopter can be seen between the left and center wheels of the Mars 2020 Perseverance rover. The image was taken in the vacuum chamber at JPL on Oct. 1, 2019.› Full image and caption
Credit: NASA/JPL-Caltech 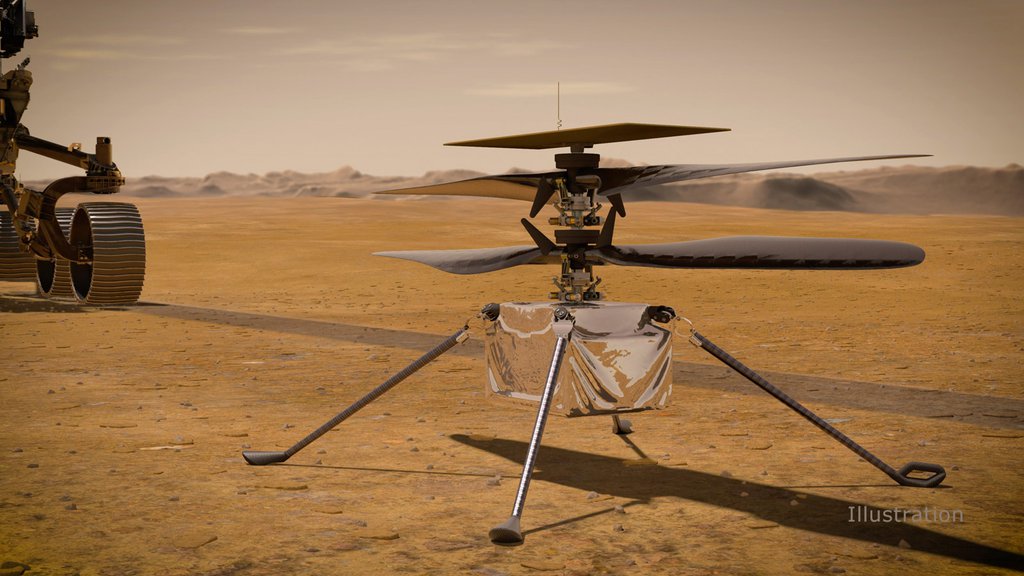