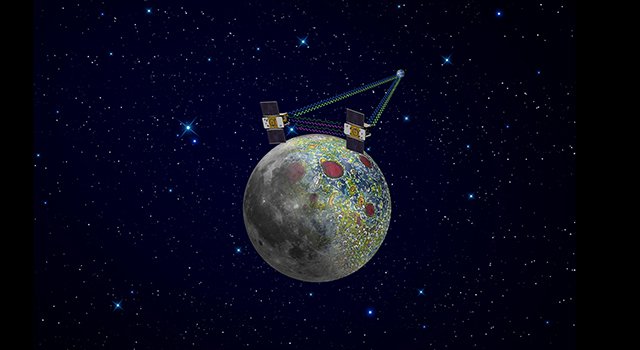 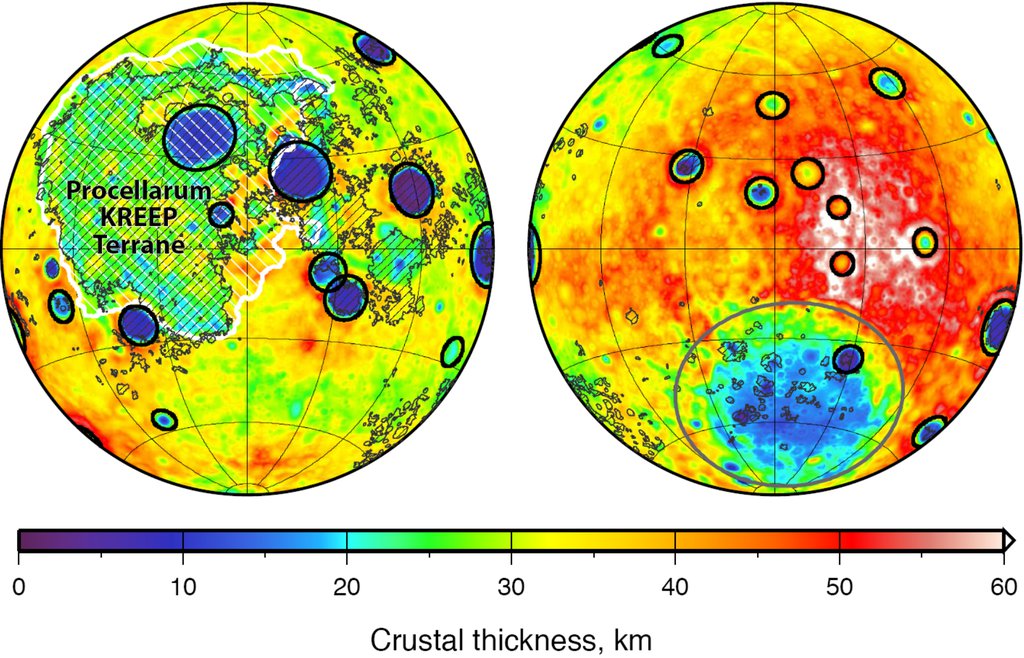 Scientists using data from NASA's Gravity Recovery and Interior Laboratory mission are gaining new insight into how the face of the moon received its rugged good looks.

Scientists using data from the lunar-orbiting twins of NASA's Gravity Recovery and Interior Laboratory (GRAIL) mission are gaining new insight into how the face of the moon received its rugged good looks. A report on the asymmetric distribution of lunar impact basins is published in this week's edition of the journal Science.

"Since time immemorial, humanity has looked up and wondered what made the man in the moon," said Maria Zuber, GRAIL principal investigator from the Massachusetts Institute of Technology in Cambridge. "We know the dark splotches are large, lava-filled, impact basins that were created by asteroid impacts about four billion years ago. GRAIL data indicate that both the near side and the far side of the moon were bombarded by similarly large impactors, but they reacted to them much differently."

Understanding lunar impact basins has been hampered by the simple fact that there is a lack of consensus on their size. Most of the largest impact basins on the near side of the moon (the moon's face) have been filled with lava flows, which hide important clues about the shape of the land that could be used for determining their dimensions. The GRAIL mission measured the internal structure of the moon in unprecedented detail for nine months in 2012. With the data, GRAIL scientists have redefined the sizes of massive impact basins on the moon.

Maps of crustal thickness generated by GRAIL revealed more large impact basins on the near-side hemisphere of the moon than on the far side. How could this be if both hemispheres were, as widely believed, on the receiving end of the same number of impacts?

"Impact simulations indicate that impacts into a hot, thin crust representative of the early moon's near-side hemisphere would have produced basins with as much as twice the diameter as similar impacts into cooler crust, which is indicative of early conditions on the moon's far-side hemisphere," notes lead author Katarina Miljkovic of the Institut de Physique du Globe de Paris.

The new GRAIL research is also helping redefine the concept of the late heavy bombardment, a proposed spike in the rate of crater creation by impacts about 4 billion years ago. The late heavy bombardment is based largely on the ages of large near-side impact basins that are either within, or adjacent to the dark, lava-filled basins, or lunar maria, named Oceanus Procellarum and Mare Imbrium. However, the special composition of the material on and below the surface of the near side implies that the temperatures beneath this region were not representative of the moon as a whole at the time of the late heavy bombardment. The difference in the temperature profiles would have caused scientists to overestimate the magnitude of the basin-forming impact bombardment. Work by GRAIL scientists supports the hypothesis that the size distribution of impact basins on the far-side hemisphere of the moon is a more accurate indicator of the impact history of the inner solar system than those on the near side.

Launched as GRAIL A and GRAIL B in September 2011, the probes, renamed Ebb and Flow by schoolchildren in Montana, operated in a nearly circular orbit near the poles of the moon at an altitude of about 34 miles (55 kilometers) until their mission ended in December 2012. The distance between the twin probes changed slightly as they flew over areas of greater and lesser gravity caused by visible features, such as mountains and craters, and by masses hidden beneath the lunar surface.