Fully interactive, Eyes on Asteroids uses science data to help visualize asteroid and comet orbits around the Sun. Zoom in to travel along with your favorite spacecraft as they explore these fascinating near-Earth objects in beautiful 3D.

Through a new 3D real-time visualization tool, you can now explore the asteroids and comets that approach Earth’s orbital neighborhood – and the spacecraft that visit these objects – with a click or a swipe. NASA’s Eyes on Asteroids brings this data to any smartphone, tablet, or computer with an internet connection – no download required.

Thousands of asteroids and dozens of comets are discovered every single year, some of which – called near-Earth objects (NEOs) – follow orbits that pass through the inner solar system. Now totaling about 28,000, their numbers rising daily, these objects are tracked carefully by NASA-funded astronomers in case any might pose an impact threat to our planet.

The new web-based app depicts the orbits of every known NEO, providing detailed information on those objects. Using the slider at the bottom of the screen, you can travel quickly forward and backward through time to see their orbital motions. The visualization receives twice-daily updates with the latest data, so as soon as a new object is discovered and its orbit is calculated, it’s added to the app. 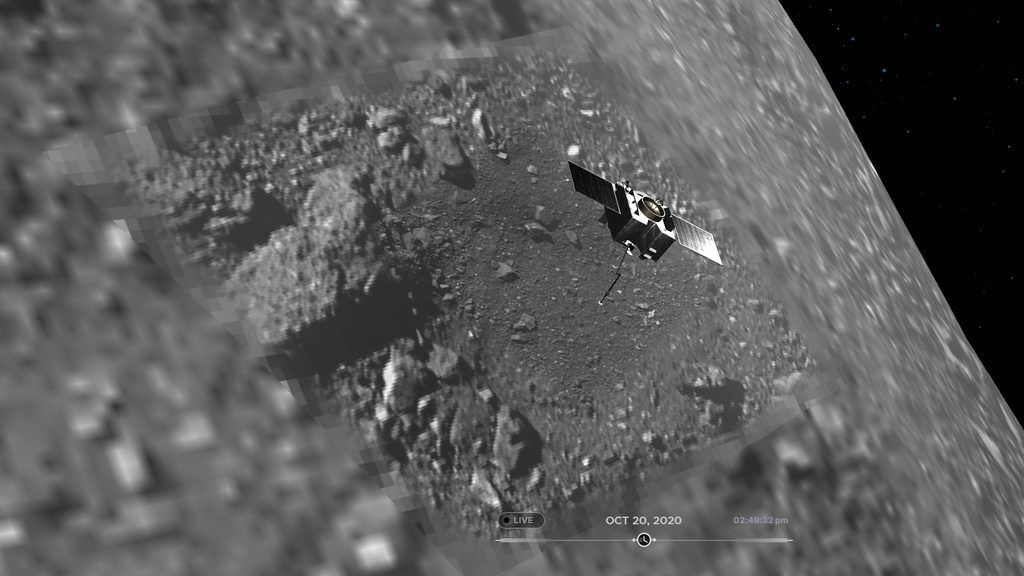 Many asteroid missions can be explored within the app, including NASA’s OSIRIS-REx, which scooped samples from asteroid Bennu’s surface in 2020. The spacecraft’s “Touch-And-Go” maneuver is precisely animated by Eyes using pictures captured by the mission. 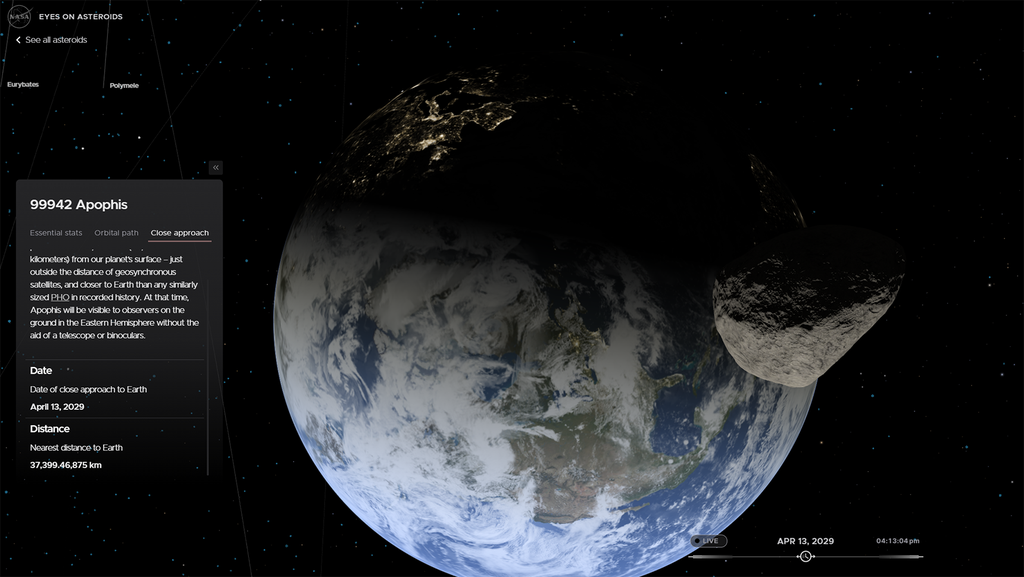 Eyes on Asteroids visualizes close approaches, such as asteroid Apophis’ future encounter with Earth. Simply query “Apophis” in the app’s search function and fast forward to April 13, 2029, to see how near the asteroid will get to our planet. 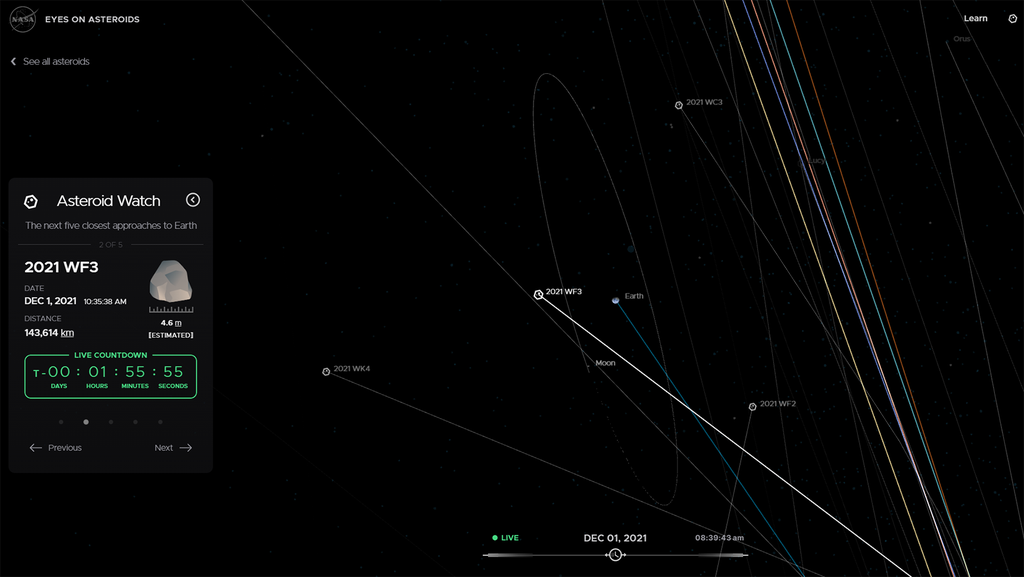 Want to know about the next five asteroid close approaches? Select the “Asteroid Watch” tab to learn more about which near-Earth objects will zoom past our planet in the coming days and weeks.

The profiles for many NEO missions can also be explored. Select the “events” tab to view detailed animated models of those spacecraft and their asteroid or comet encounters. For example, search for NASA’s OSIRIS-REx (short for Origins, Spectral Interpretation, Resource Identification, Security-Regolith Explorer) spacecraft to view an animated re-creation of the mission’s Oct. 20, 2020, Touch-And-Go (TAG) sample collection event. Or view NASA’s Double Asteroid Redirect Test (DART) mission, which recently launched as NASA’s first planetary defense demonstration, and even fast-forward to Sept. 26, 2022, when it will impact the asteroid Dimorphos, the small moonlet of the Didymos binary asteroid system.

“We wanted Eyes on Asteroids to be as user-friendly as possible while telling the stories about humanity’s exploration of these fascinating objects,” said Jason Craig, technical producer of the Visualization Technology Applications and Development team at NASA’s Jet Propulsion Laboratory in Southern California, which developed Eyes. “Every NEO can be found inside the app, as can most of the spacecraft that have visited these objects.”

There’s also plenty of detail on the fascinating science behind NEOs and the importance of tracking potentially hazardous objects. Just select “Learn” for details on topics like asteroid close approaches to Earth or to fly along with the dramatic close approach of asteroid Apophis on April 13, 2029.

Eyes on Asteroids was developed with support from NASA’s Planetary Defense Coordination Office at the agency’s headquarters in Washington and from JPL’s Center for Near-Earth Object Studies. Eyes gathers its data from JPL’s Solar System Dynamics database, which provides real-time data for the orbits, characteristics, and discovery of most known natural bodies (including NEOs) in our solar system. For asteroid and comet news and updates, follow @AsteroidWatch on Twitter.