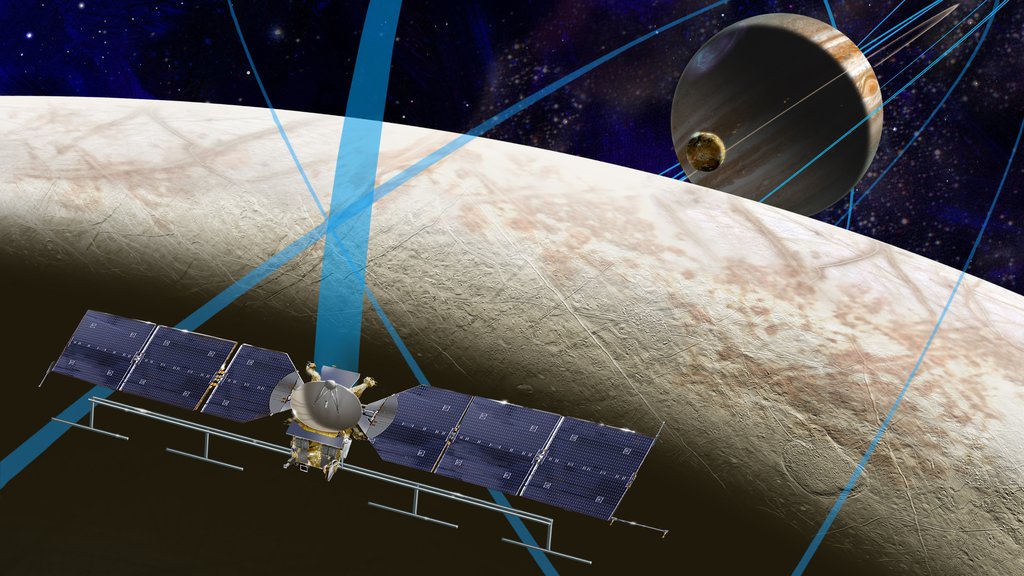 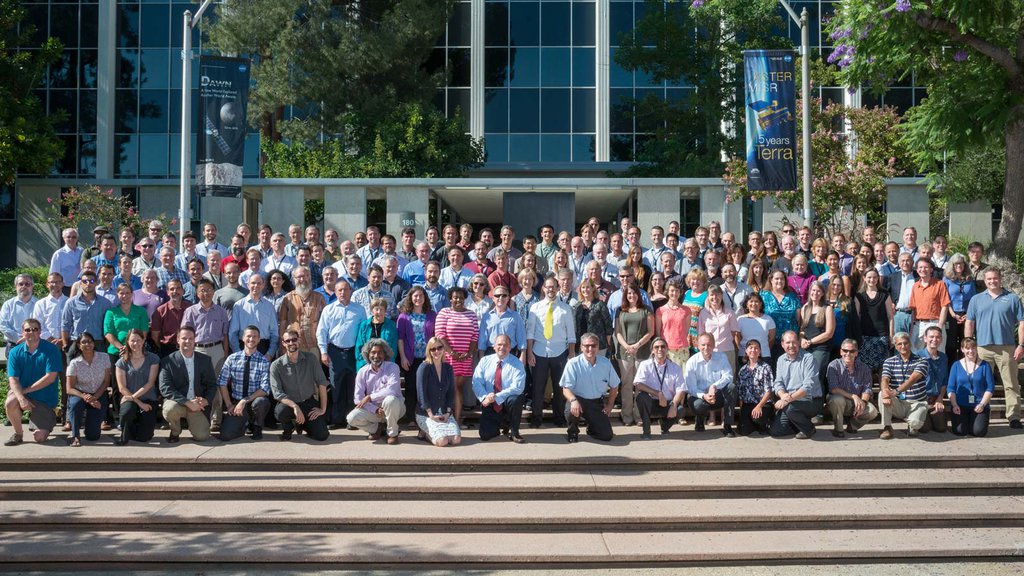 The team behind NASA's mission to Europa at their first face-to-face meeting at JPL in August 2015.
Credit: NASA/JPL-Caltech

Like legendary superheroes, all space missions have origin stories. NASA's Europa mission team recently wrote the final chapter of theirs, with their first team meeting.

They're united by a lofty goal -- to investigate whether Jupiter's moon Europa could harbor primitive life under its icy shell. Last week, a team of scientists and engineers for NASA's planned mission to Europa met for the first time at NASA's Jet Propulsion Laboratory in Pasadena, California, to begin turning that goal into reality.

After years of planning and hoping, the premier gathering was the final page of the team's origin story and the beginning of a new chapter that could last as long as two decades.

"We have a rare and wonderful opportunity with this mission to investigate whether Europa could be an abode for life," said Curt Niebur, Europa mission program scientist at NASA Headquarters in Washington, at the meeting's opening. "We're in the service of our colleagues, our scientific community, our country and our fellow human beings. It's a responsibility we take very seriously."

The mission plan calls for a spacecraft to be launched to Jupiter in the 2020s, arriving in the distant planet's orbit after a journey of several years. The spacecraft would orbit the gas giant planet about every two weeks, providing many opportunities for close flybys of Europa. The mission plan includes 45 flybys, during which the spacecraft would image the moon's icy surface at high resolution and investigate its composition and the structure of its interior and icy shell. In late May, NASA announced the selection of instruments for the mission's scientific payload, while in June the mission formally entered the development phase known as formulation.

Thought to contain an ocean of liquid water beneath its icy surface, Europa is considered one of the most promising places in the solar system beyond Earth to search for signs of present-day life, in the form of simple organisms.

At the introductory meeting, players in the room included many stars in the field of planetary exploration. Some came fresh from leading roles in the recent successful flyby of Pluto by NASA's New Horizons mission. Several have worked together for decades, exploring Europa and other icy moons with NASA's Cassini, Galileo and Voyager missions.

In addition to its veteran explorers, the Europa mission also includes younger team members who've begun making their contributions to the field more recently. Together, the assembled team of scientists and spacecraft engineers made for a group filled with possibilities for collaboration.

"That's why we're here, in one room, at the very start of the project," said Robert Pappalardo, Europa project scientist at JPL. "So we can begin to function as one team, to understand the cross-cutting science issues we all face, and so we can use all of our tools together to understand Europa."

Mission engineers had already been hard at work for the past couple of years, developing the overall concept that eventually became NASA's mission to Europa. They are charged with designing the spacecraft and choreographing its flight plan, and -- of course -- building the complex robotic space probe. Their initial briefing to the scientists included information on how to design the mission for Jupiter's hazardous radiation environment, and plans for integrating the recently selected science instruments into the probe's overall architecture.

"The engineering team has already made great progress, and we're in excellent shape for this phase of the mission," Barry Goldstein, Europa project manager at JPL, reported to the team. "I couldn't be more excited about the work we've done and the road ahead."

The top priority for the mission's first meeting was to begin the work of refining the mission's science, especially with regard to how the instruments can best work together to achieve NASA's main objective for Europa. "Your instruments were each selected separately," said Pappalardo, "But now we want to understand how they can best work together to achieve the overarching goal, which is to investigate the habitability of this icy ocean moon."