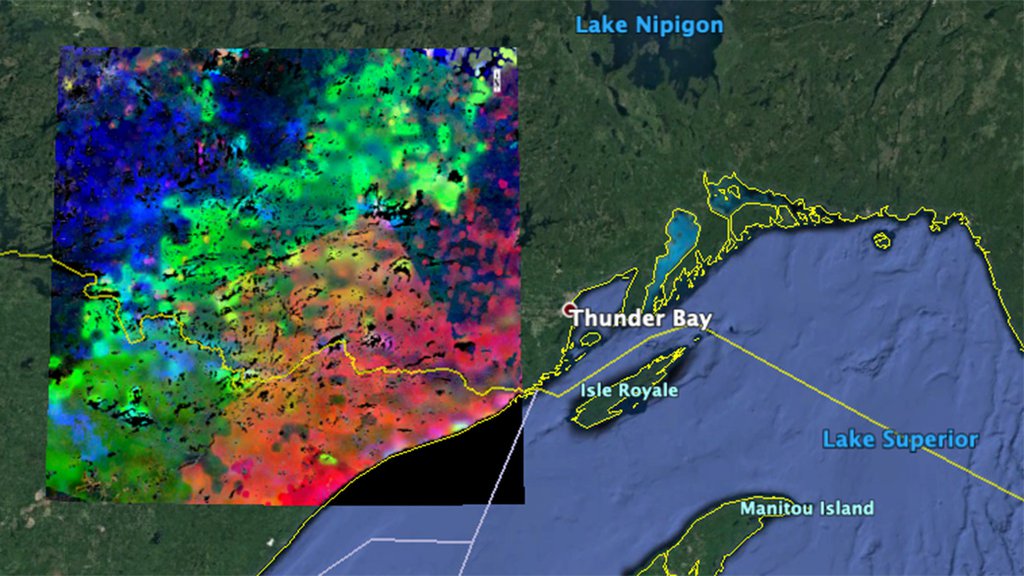 The image shows plants "waking up" near Lake Superior. Red areas began to wake up at around 7 a.m. local time; green areas awoke around 8 a.m.; and blue areas, at about 9 a.m. The data was acquired by ECOSTRESS during the summer season.

Like many people, plants are less active at night. The agency's 'space botanist' can see when they begin to stir, and start their day.

Although plants don't sleep in the same way humans do, they have circadian rhythms - internal clocks that, like our own internal clocks, tell them when it's night and when it's day. And like many people, plants are less active at night. When the Sun comes up, they kick into gear, absorbing sunlight to convert carbon dioxide they draw from the air and water they draw from the soil into food, a process called photosynthesis. They also "sweat" excess water through pores on their leaves to cool themselves down, a process called evapotranspiration.

NASA's ECOsystem Spaceborne Thermal Radiometer on Space Station (ECOSTRESS) can see when plants "wake up" and begin these processes from space. The image above shows plants waking up (as evidenced by evapotranspiration) west of Lake Superior near the U.S.-Canada border. Plants in the red and pink areas began to awake at around 7 a.m. local time. Those in green areas awoke closer to 8 a.m., and those in blue areas, closer to 9 a.m.

ECOSTRESS launched to the International Space Station in June 2018. The space station's unique orbit enables the instrument to capture data over the same areas at different times of day. When the mission team analyzes the data, they gain new insight into how plants behave throughout the course of a day.

For this image, the mission team collected and combined all of ECOSTRESS's morning data for the summer season. In doing so, they observed that the earliest risers were near the lake, with plant activity spreading gradually northwestward as the morning progressed.

ECOSTRESS' ability to detect plant behavior in this way can be especially helpful to resource managers and farmers, who can use the data to determine how much water their crops need, which ones are most water-efficient and which ones aren't getting enough water, even before they show visible signs of dehydration. What's more, the instrument can provide this data on a global scale over areas as small as a football field.