NASA's Deep Space Station in Australia Is Getting an Upgrade 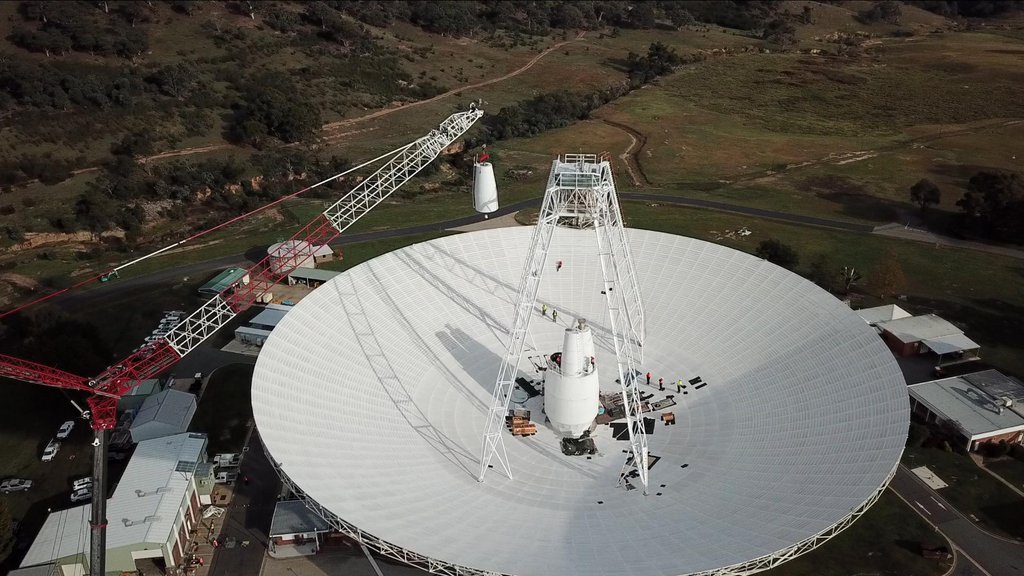 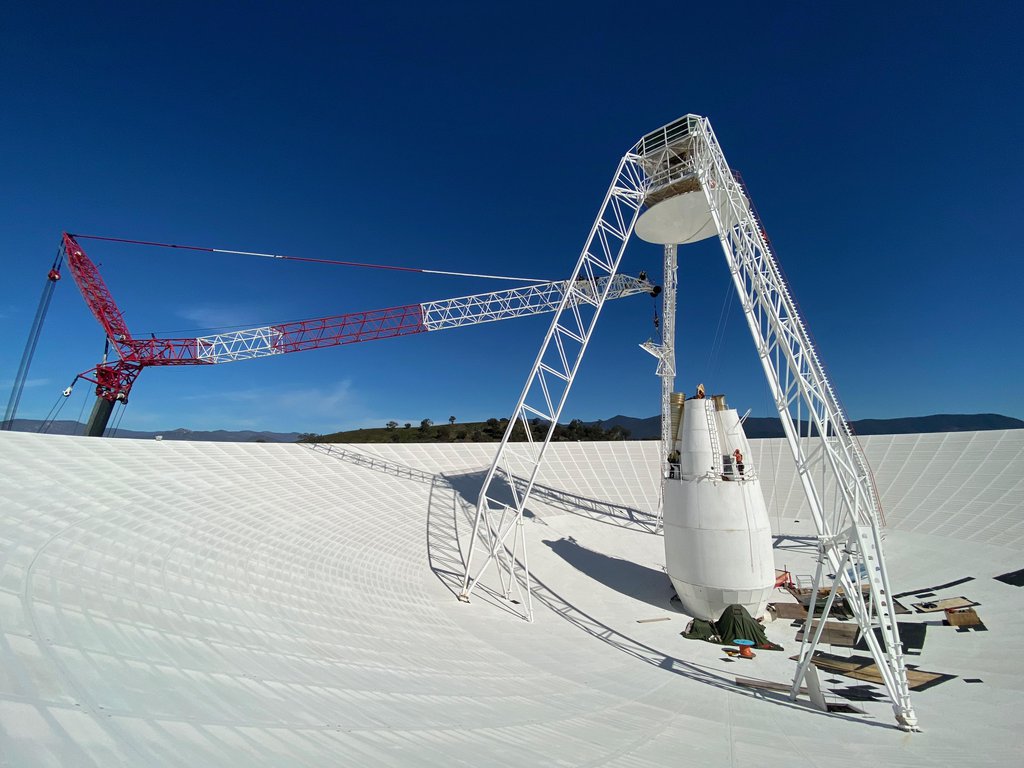 Workers perform upgrades on the central cone of the Deep Space Network's Deep Space Station 43's antenna in Canberra, Australia. Improvements on the dish, which spans 70 meters (239 feet) are expected to be complete by January 2021.
Credit: NASA/JPL-Caltech
Full Image Details 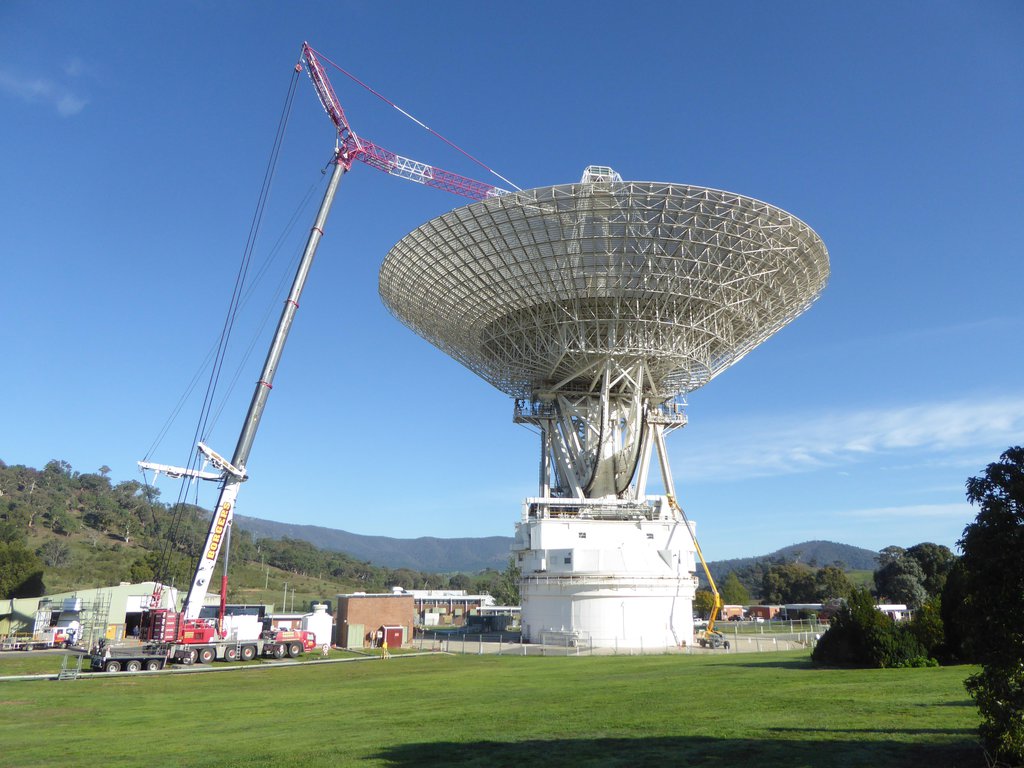 Deep Space Station 43 is the largest steerable parabolic antenna in the Southern Hemisphere and currently undergoing upgrades, which are expected to be completed by January 2021.
Credit: NASA/JPL-Caltech
Full Image Details

Used for communicating with distant spacecraft, a massive radio antenna is being retrofitted to prepare it for a busy future of solar system exploration.

Forty-eight years old and 70 meters (230 feet) wide, the dish recently received a new X-band frequency cone. Inside the cone is a powerful state-of-the-art transmitter system and highly sensitive receivers, which will be used to send commands to spacecraft and receive telemetry and science data back from robotic missions exploring the solar system.

A giant crane maneuvered the 3-ton cone into the center of the massive dish after lifting it 20 stories from the ground. In addition to the new cone, the antenna is receiving upgrades to its water coolant system and its mechanical and electrical equipment. Some of the components being upgraded have become increasingly unreliable after being in constant use for 40 years. The antenna has been offline since early March 2020, and the upgrades are scheduled to be completed by January 2021.

One of three networks in NASA's Space Communications and Navigation program (SCaN), the Deep Space Network is spread over three locations around the world - California, Spain, and Australia. This allows mission controllers to communicate with spacecraft on the Moon and beyond at all times during Earth's rotation.

However, as the sole 70-meter antenna in the Southern Hemisphere, only DSS-43 can send commands to Voyager 2, which is traveling in a southward direction relative to Earth's orbital plane. (Other antennas at the Canberra complex can receive signals from Voyager 2, but DSS-43 is the only dish that can send commands to the spacecraft.) Launched in 1977, Voyager 2 is more than 11 billion miles (18 billion kilometers) from Earth and therefore requires a powerful radio antenna to transmit commands. Deep Space Station 43's special S-band transmitter has this capability and operates on a frequency that can communicate with Voyager's technology.

While the repairs will benefit Voyager 2 directly, they'll also enhance communications with the soon-to-launch Perseverance Mars rover and future Moon to Mars exploration efforts. The network will play a critical role in ensuring communication and navigation support for both the precursor Moon and Mars missions and the crewed Artemis missions.

The Deep Space Network is managed by NASA's Jet Propulsion Laboratory for SCaN, located at NASA Headquarters within the Human Exploration and Operations Mission Directorate. The Canberra station is managed on NASA's behalf by Australia's national science agency, the Commonwealth Scientific and Industrial Research Organisation.