NASA's Curiosity Rover Aims to Get Its Rhythm Back 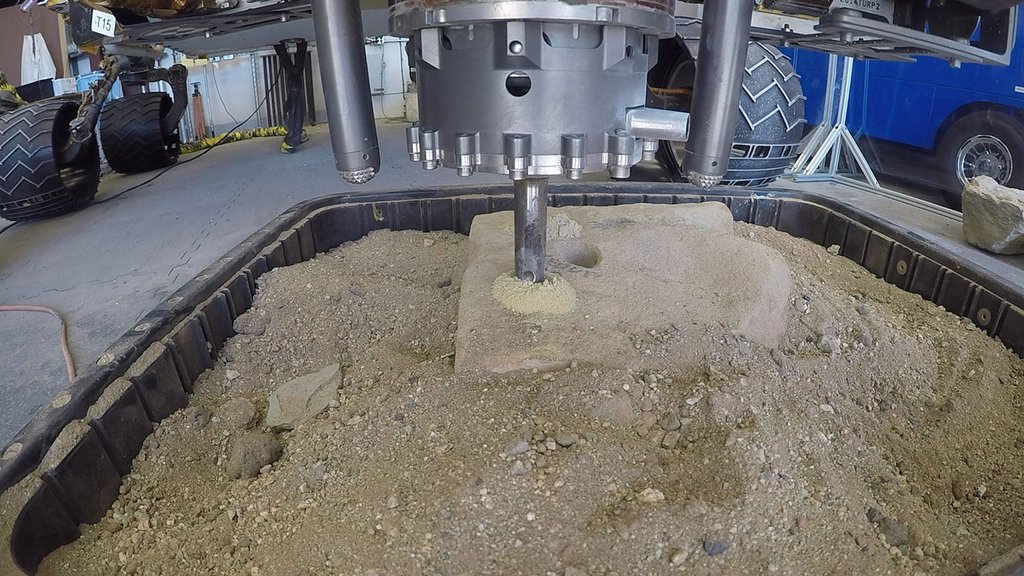 Rover engineers at JPL will try to restore percussive drilling on Mars this week, part of a larger series of tests that will last through summer.

Engineers have been working for the past year to restore the rover's full drilling capabilities, which were hampered in 2016 due to a mechanical problem. Later this weekend, they'll be adding percussion to a new technique already in use on Mars.

This new technique is called Feed Extended Drilling, or FED. It lets Curiosity drill more like the way a person would at home, using the force of its robotic arm to push its drill bit forward as it spins. The new version of FED adds a hammering force to the drill bit.

The drill was tested with the FED technique without percussion at the end of February. It didn't successfully produce a rock sample, but did provide valuable results for engineers at NASA's Jet Propulsion Laboratory in Pasadena, California. Data from the percussive tests, currently planned for Saturday night, will help them continue to refine the drill technique over the coming months.

"This is our next big test to restore drilling closer to the way it worked before," said Steven Lee, Curiosity deputy project manager at JPL. "Based on how it performs, we can fine-tune the process, trying things like increasing the amount of force we apply while drilling."

The strategy has been to prototype these new methods while on the go, Lee said. If percussive drilling successfully produces a sample this week, the team will immediately begin testing a new process for delivering that sample to the rover's internal laboratories. In the meantime, engineers at JPL will continue tweaking the extended drilling technique. At the same time, they're developing new ways to improve the drill's performance.

This week's test will serve double duty by potentially producing important science, said Curiosity Project Scientist Ashwin Vasavada of JPL. The rover has been making its way along Vera Rubin Ridge toward an uphill area enriched in clay minerals that the science team is eager to explore. In anticipation of being able to obtain samples, the rover reversed direction in mid-April, heading toward a location just downhill from the ridge.

"We've purposely driven backwards because the team believes there's high value in drilling a distinct kind of rock that makes up a 200-foot-thick [about 60 meters] layer below the ridge," Vasavada said. "We're fortunately in a position to drive back a short way and still pick up a target on the top of this layer."

The rock type would fill a gap in the science team's knowledge about Mount Sharp; they would ultimately like to analyze samples of all the major rock types they encounter with the rover's laboratories.

"Every layer of Mount Sharp reveals a chapter in Mars' history. Without the drill, our first pass through this layer was like skimming the chapter. Now we get a chance to read it in detail," Vasavada added.