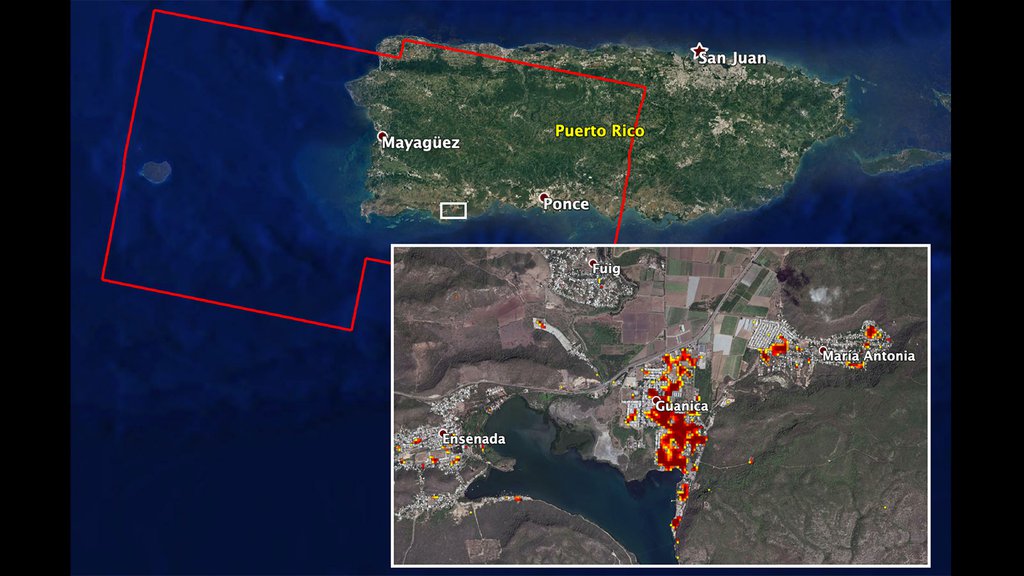 Since a magnitude-6.4 earthquake struck Puerto Rico last week, aftershocks near its southwestern coast have been relentless. The frequency and intensity of the aftershocks continue to cause damage on this already-vulnerable part of the island.

The ARIA team compared post-quake satellite data acquired on Jan. 14 with data as far back as Sept. 2019 to produce the map. The color variation from yellow to dark red indicates increasingly significant damage. Their analysis shows that Guanica, west of the city of Ponce, was particularly hard hit.

The map covers an area of 107 by 47 miles (172 by 76 kilometers), shown with the large red polygon, with each pixel measuring about 100 feet (30 meters) across. The data is most sensitive to building damage rather than small-scale changes or partial structural damage. It is also less reliable over heavy vegetation. Even with these limitations, the map can still serve an important role in identifying the areas that may need help the most.

The NASA Earth Applied Sciences Disasters Program has activated a Tier 1 response in support of this disaster and has been in contact with the Federal Emergency Management Agency, the United States Geological Survey, Health and Human Services and other agencies to provide NASA Earth-observing data in support of response and recovery efforts. A webpage has also been created on the NASA Disasters Mapping Portal to supply relevant geographic information system (GIS) data products.