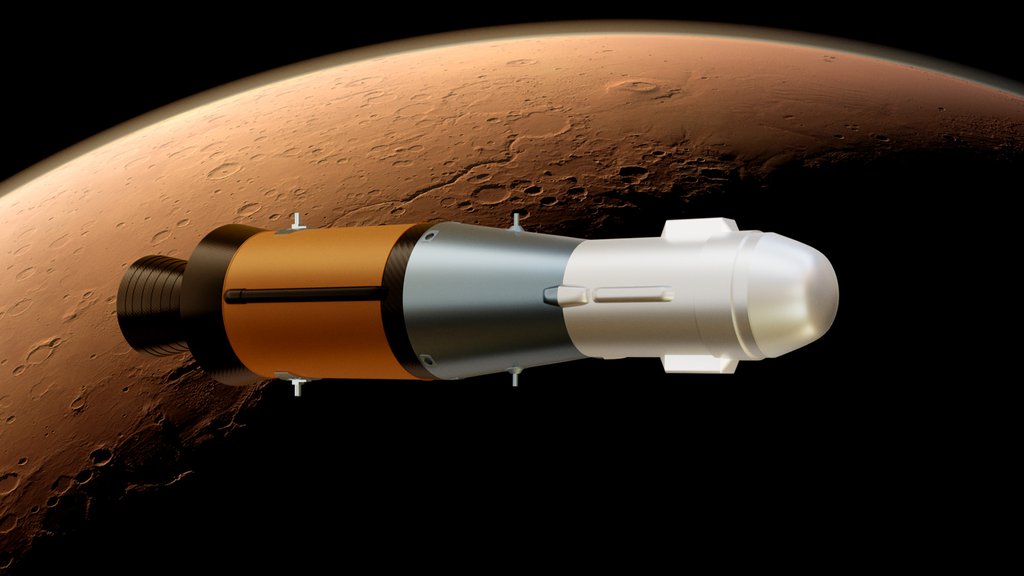 This illustration shows NASA’s Mars Ascent Vehicle (MAV), which will carry tubes containing Martian rock and soil samples into orbit around Mars, where ESA’s Earth Return Orbiter spacecraft will enclose them in a highly secure containment capsule and deliver them to Earth.

Meet the project manager of the first rocket to launch from the surface of another planet, the Mars Ascent Vehicle.

The new hardware is an integral component of the Mars Sample Return campaign, a historic endeavor that will, for the first time, retrieve and deliver samples of that faraway alien terrain for intensive study in laboratories on Earth. A strategic partnership of NASA and ESA (European Space Agency), Mars Sample Return also will bring us closer to human exploration missions to the Red Planet.

Angie Jackman – who has spent more than 35 years leading some of the agency’s most advanced propulsion and engineering projects, state-of-the-art launch vehicle development programs, and complex space science missions – is the Mars Ascent Vehicle project manager. 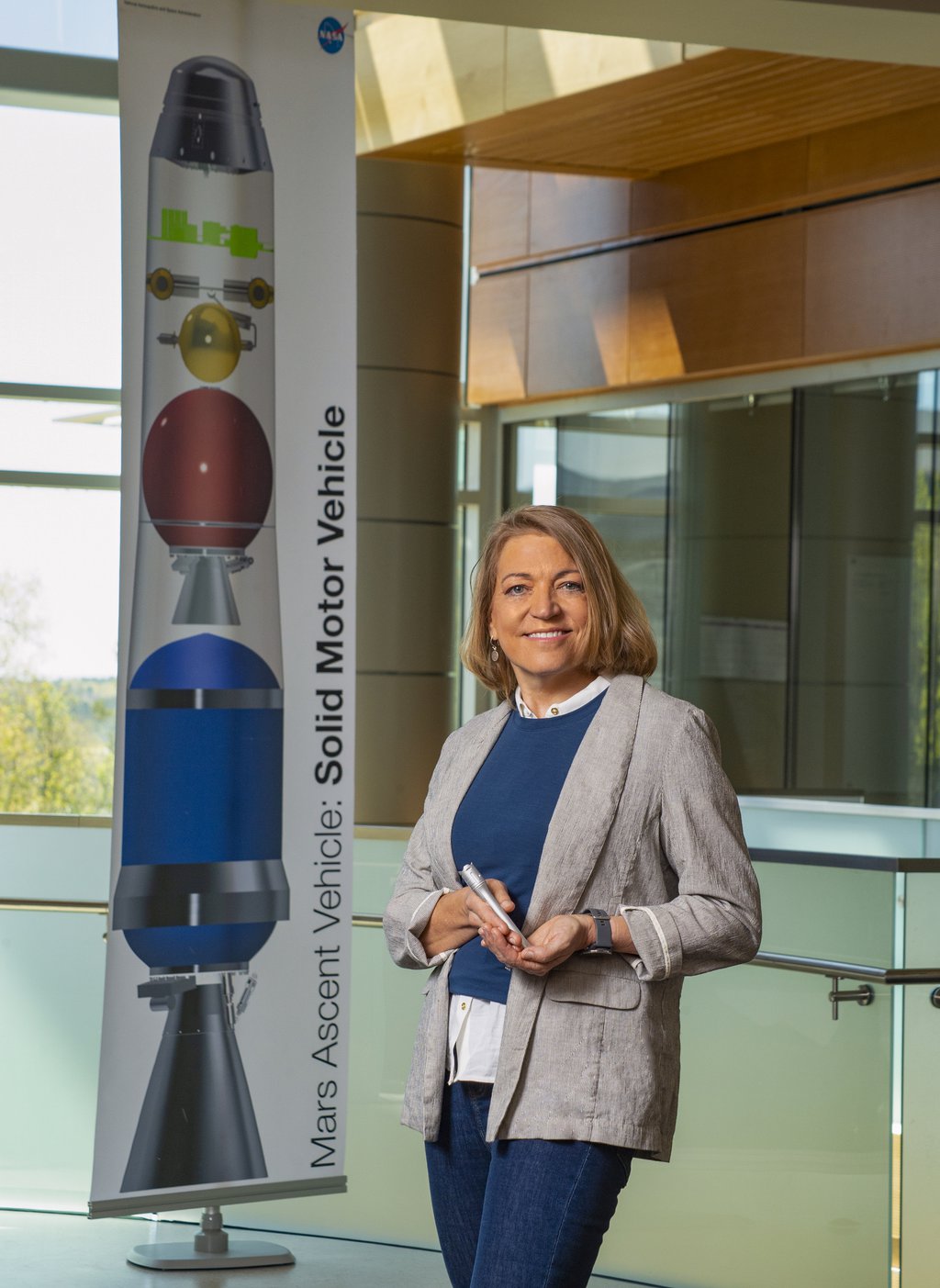 Angie Jackman, manager of the Mars Ascent Vehicle (MAV) project, holds a 3D-printed model of the tubes NASA’s Perseverance rover is already filling with Martian rock and soil samples. Set to be the first rocket to launch from another planet, the MAV is designed to carry the sealed samples into orbit around Mars.

Set to be the first rocket ever to launch from the surface of another planet, the Mars Ascent Vehicle will play a key role in the Mars Sample Return mission, launching into orbit around the Red Planet the samples gathered by the Perseverance rover from the ancient crater floor it’s now exploring. They’ll be transferred there to ESA’s Earth Return Orbiter.

Jackman’s team includes structural, thermal, mechanical, systems, and propulsion engineers, as well as analysts and technologists – a diverse team of NASA veterans alongside innovative newcomers – all of them deeply familiar with the vital intersection between flight hardware and scientific progress.

“Ask any engineer on the team, and they’ll tell you the science fascinates them,” Jackman said. “Engineers ask, ‘How?’ Scientists ask, ‘Why?’ Ultimately, that deeper imperative drives us all – the pride in helping to advance our collective knowledge, to increase our ability to safely navigate our world, and to better understand our place in the cosmos.”

The Marshall team is partnering with Lockheed Martin Space of Littleton, Colorado, which is building the integrated Mars Ascent Vehicle system and designing and developing the rocket’s ground support equipment, and Northrop Grumman Systems Corporation of Elkton, Maryland, which leads development of the ascent vehicle’s propulsion system.

“Together we are working to transform the Mars Ascent Vehicle from a drawing-board concept to an executable project,” Jackman said. “We went through exhaustive design iterations to reduce vehicle mass, ensure automated launch capability, and accurately achieve the orbit necessary to rendezvous with the Earth Return Orbiter and transfer samples for flight back to Earth.”

Combining launch vehicle reliability with the lightweight mass and storage requirements of a complex science payload taps strengths NASA has exhibited across numerous past science and exploration missions. Engineers and mission managers at Marshall have solved complex, technical spaceflight challenges for more than 70 years, from the groundbreaking Apollo Moon missions and the space shuttle program to NASA’s Space Launch System, the powerful new rocket set to launch missions that will bring the first woman and first person of color to the Moon.

Like most career aerospace managers, Jackman gleans best practices from decades of NASA precedents and lessons learned, but always challenges her team to push against conventional wisdom, to seek fresh alternatives that transcend traditional thinking.

“In this competitive, cost-conscious era, we have to work smarter, faster, and more efficiently,” she said. “Anybody can build a big, sturdy bridge, but it takes a disciplined engineering team to build one on schedule and precisely strong enough to do the job. This project taps every aspect of Marshall’s expertise as a NASA leader in propulsion, spaceflight systems, and science. I am so proud of our team. We got this.”

NASA’s Mars Sample Return mission will revolutionize our understanding of Mars by returning samples for study using the most sophisticated instruments around the world. These samples, collected by Perseverance during its exploration of an ancient river delta, are thought to be the best opportunity to reveal the early evolution of Mars, including the potential for life. The mission will fulfill a solar system exploration goal as identified by the National Academy of Sciences.