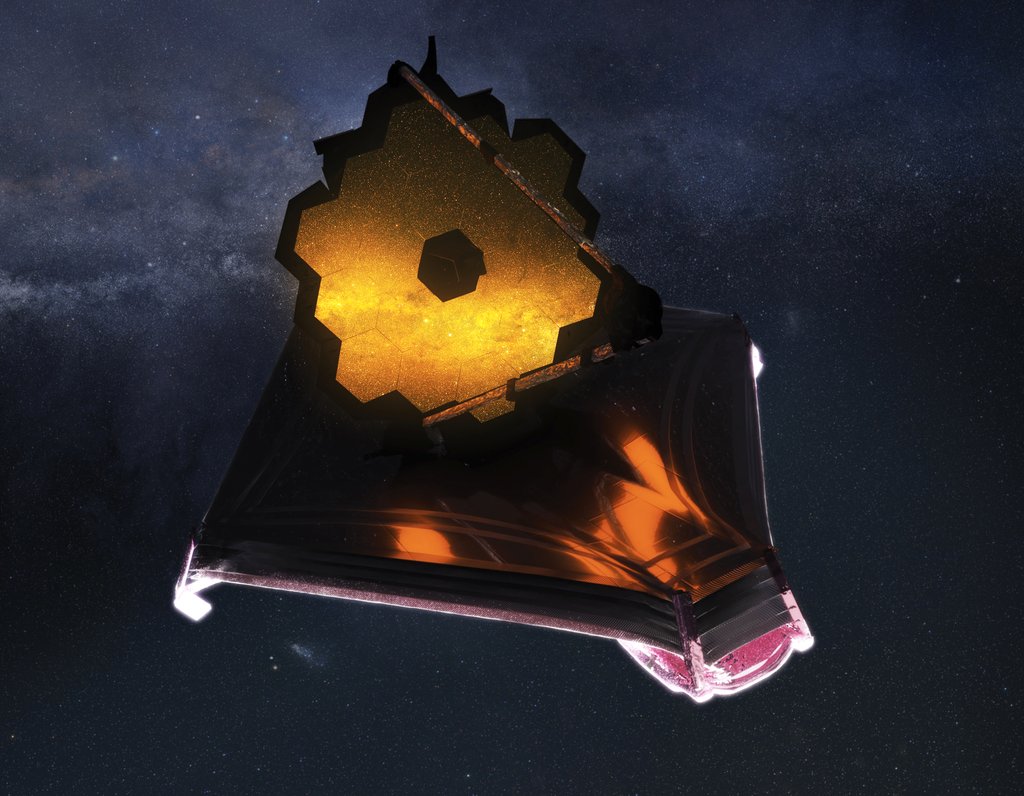 This illustration depicts NASA’s James Webb Space Telescope – the largest, most powerful, and most complex space science telescope ever built – fully unfolded in space. The telescope’s first full-color images and spectroscopic data will demonstrate Webb at its full power, ready to begin its mission to unfold the infrared universe.

Editor’s Note: This advisory was updated July 11 to include information about the release of one of Webb’s first images at the White House on July 11, as well as a new start time for the July 12 media briefing.

Team members with the Mid-Infrared Instrument, a camera aboard the observatory, will celebrate the images at NASA’s Jet Propulsion Laboratory, which manages MIRI for NASA.

Released one by one, these first images from the world’s largest and most powerful space telescope will demonstrate Webb at its full power as it begins its mission to unfold the infrared universe.

Each image will simultaneously be made available on social media, as well as on the agency’s website at:

Embargoed access to Webb’s first images will not be available prior to their public release.

The following is a list of activities for the release (all times Eastern):

5 p.m. – President Joe Biden will release one of Webb’s first images in a preview event at the White House in Washington. NASA Administrator Bill Nelson will provide remarks. A live stream of the event will be available on NASA TV. The image will be available simultaneously on NASA’s website.

9:45 a.m. – Live, opening remarks by agency and Webb leadership will air on NASA TV, the NASA app, and the agency’s website ahead of the first images release.

10:30 a.m. – Live coverage of the image release broadcast will air on NASA TV, the NASA app, and the agency’s website. The public also can watch live on Facebook, Twitter, YouTube, Twitch, and Daily Motion.

12:30 p.m. – Following the live broadcast, NASA and its partners will hold a joint media briefing at NASA Goddard. The briefing will livestream on NASA TV, the NASA app, and the agency’s website. Participants include:

Media and members of the public may ask questions on social media using #UnfoldtheUniverse.

3 p.m. – NASA Science Live: Webb experts will answer questions about the first images and data in a NASA Science Live show. The broadcast, Webb’s First Full-Color Images Explained, will air live on the NASA Science Live website, as well as YouTube, Facebook, and Twitter. Viewers of this episode can submit questions on social media using the hashtag #UnfoldtheUniverse or by leaving a comment in the chat section of the Facebook or YouTube stream.

The agency will host an in-person NASA Social Tuesday, July 12, and Wednesday, July 13. Participants will join as guests for the in-studio filming of the televised broadcast at NASA Goddard, tour NASA Goddard and STScI facilities, and interact with experts from the Webb mission.

Social media users can also join a virtual global social event on Facebook to get a behind-the-scenes look at the mission and celebrate Webb’s first images.

The public can also join in the release of the first full-color images by attending one of the official Webb Space Telescope Community Events taking place across the country this summer. The list of events celebrating Webb’s first images is available online and updated frequently.

Webb, an international partnership with ESA and CSA, launched Dec. 25 from Europe’s Spaceport in Kourou, French Guiana. After unfolding into its final form in space and successfully reaching its destination 1 million miles from Earth, the observatory now is completing the monthslong process of preparing for science operations. Webb will explore every phase of cosmic history – from within the solar system to the most distant observable galaxies in the early universe, and everything in between.