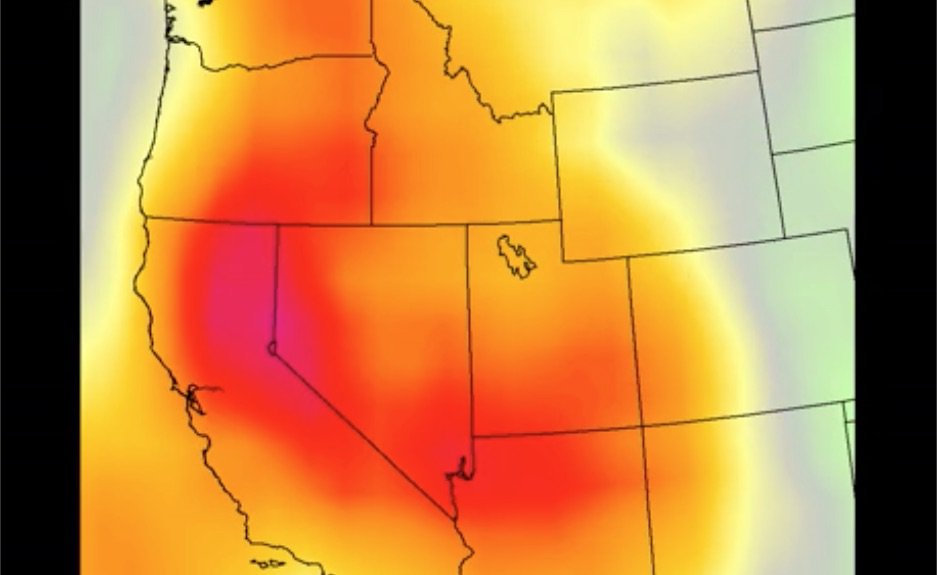 While one science instrument mapped the dome of high pressure that settled over the southwestern U.S. in early July, another captured ground surface temperatures.

The AIRS instrument captured the progression of a slow-moving heat dome across the southwestern U.S from July 1 to July 12. The animation of the AIRS data (above) shows surface air temperature anomalies – values above or below long-term averages. The hottest areas, shown in pink, experienced surface air temperatures more than 10 degrees Fahrenheit (5.6 degrees Celsius) above average. Surface air temperature is something that people directly feel when they are outside. 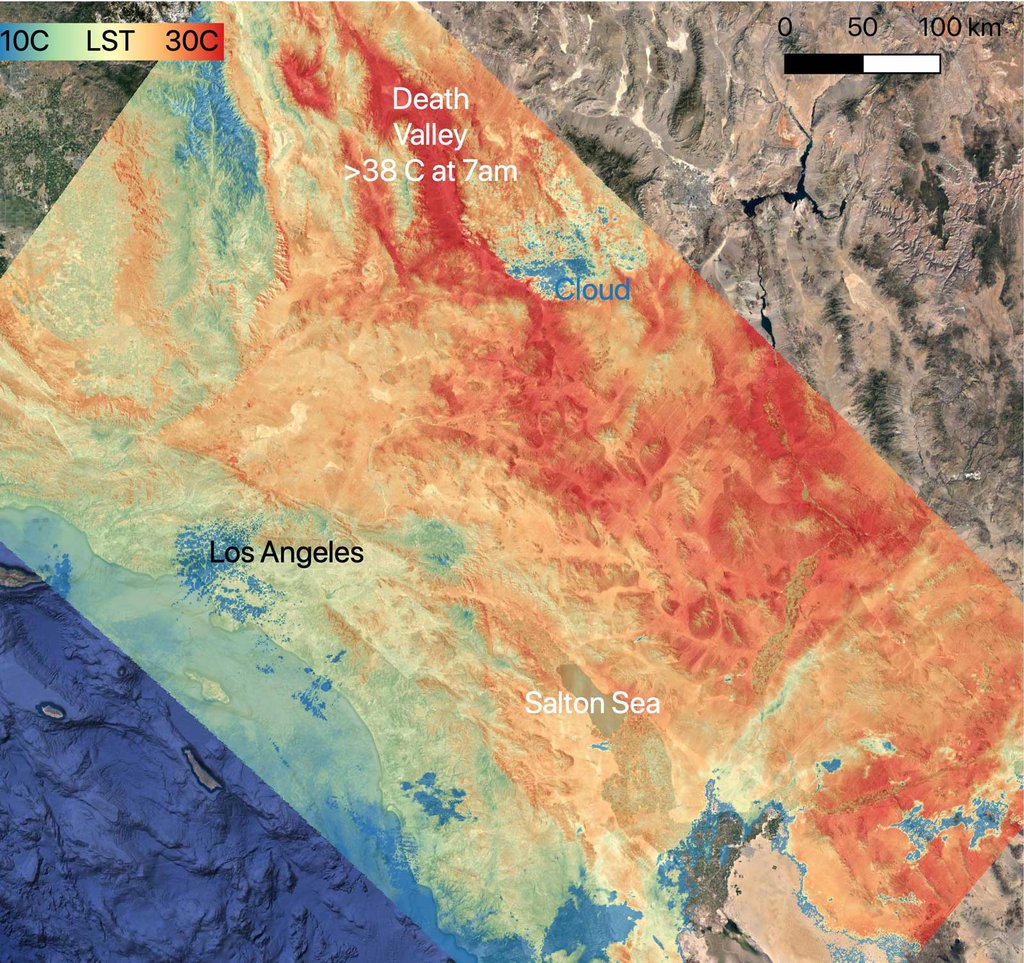 On July 9, Death Valley recorded a high air temperature of 130 F, which fell just a few degrees short of the official all-time surface air temperature record of 134 F set in 1913. On July 11, Bishop, California, hit an all-time high of 111 F and Stovepipe Wells, California, set a new record for daily average temperature with 118 F. Numerous other daily, monthly, and all-time records were set throughout the inland areas of central and Southern California and northern Arizona.

More information about ECOSTRESS can be found at: