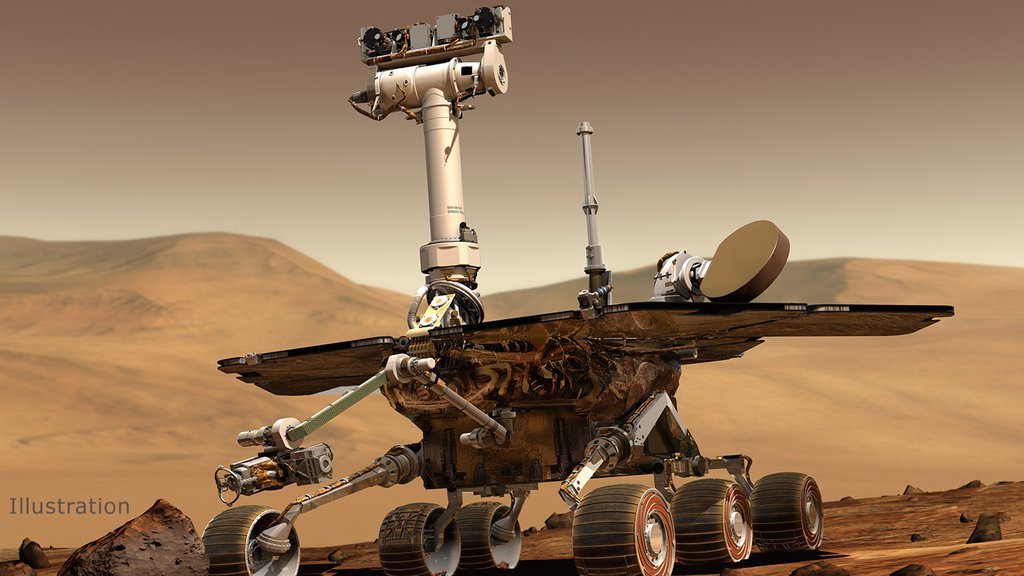 NASA will discuss the status of its Mars Exploration Rover Opportunity in a media briefing at 11 a.m. PST (2 p.m. EST) Wednesday, Feb. 13, from the Jet Propulsion Laboratory.

NASA will discuss the status of its Mars Exploration Rover (MER) Opportunity in a media briefing at 11 a.m. PST (2 p.m. EST) Wednesday, Feb. 13, from the agency's Jet Propulsion Laboratory in Pasadena, California. The briefing will air live on NASA Television, the agency's website and YouTube.

The briefing will follow NASA's last planned attempts to communicate with Opportunity late Tuesday evening. The solar-powered rover last communicated with Earth June 10, 2018, as a planet-wide dust storm was blanketing the Red Planet.

Briefing participants will include:

The public can ask questions on social media using the hashtag #askNASA or by leaving a comment in the chat section on YouTube.

A recording of the briefing will be available shortly after its conclusion at:

For more information about the Mars Exploration Rover program, visit: