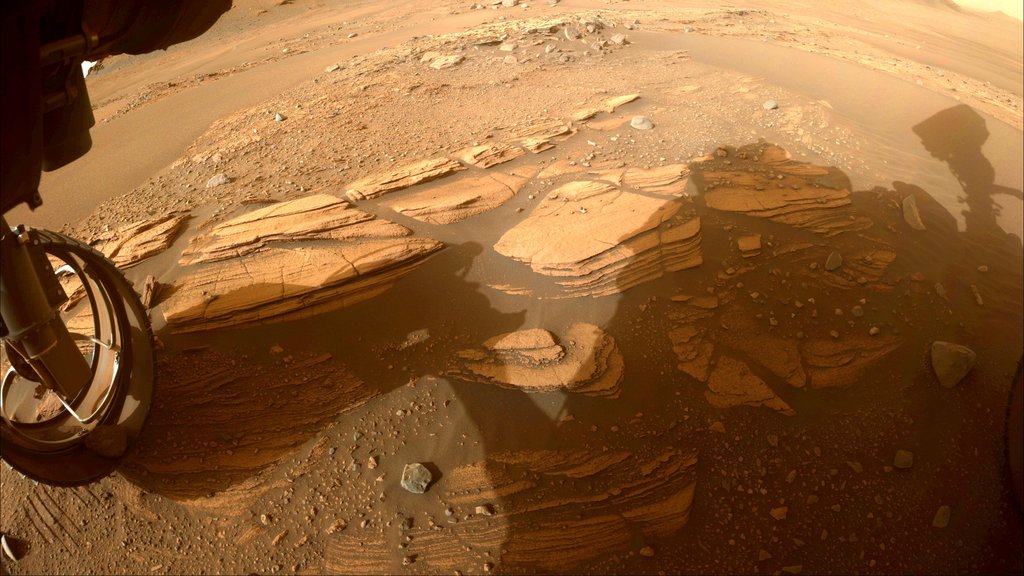 An image of the "Enchanted Lake" rocky outcrop, informally named after a landmark in Alaska's Katmai National Park and Preserve, was taken by one of the Hazard Avoidance Cameras (Hazcams) on NASA's Mars Perseverance rover on April 30, 2022, the 424th Martian day, or sol, of the mission.

Members of the mission will discuss the rover’s activities as it gathers samples in an ancient river delta.

NASA will host a briefing at 11:30 a.m. EDT (8:30 a.m. PDT) on Thursday, Sept. 15, at the agency’s Jet Propulsion Laboratory in Southern California to provide highlights from the first year and a half of the Perseverance rover’s exploration of Mars.

The rover landed in Mars’ Jezero Crater in February 2021 and is collecting samples of rock and other materials from the Martian surface. NASA’s Perseverance is investigating the sediment-rich ancient river delta in the Red Planet’s Jezero Crater.

Questions can be asked on social media during the briefing using #AskNASA.

Perseverance marks the first step in the Mars Sample Return campaign, which would return scientifically promising samples to Earth for further study using the most sophisticated instruments around the world. These samples collected by Perseverance during its exploration of an ancient river delta are thought to be the best opportunity to reveal the early evolution of Mars, including the potential for life.