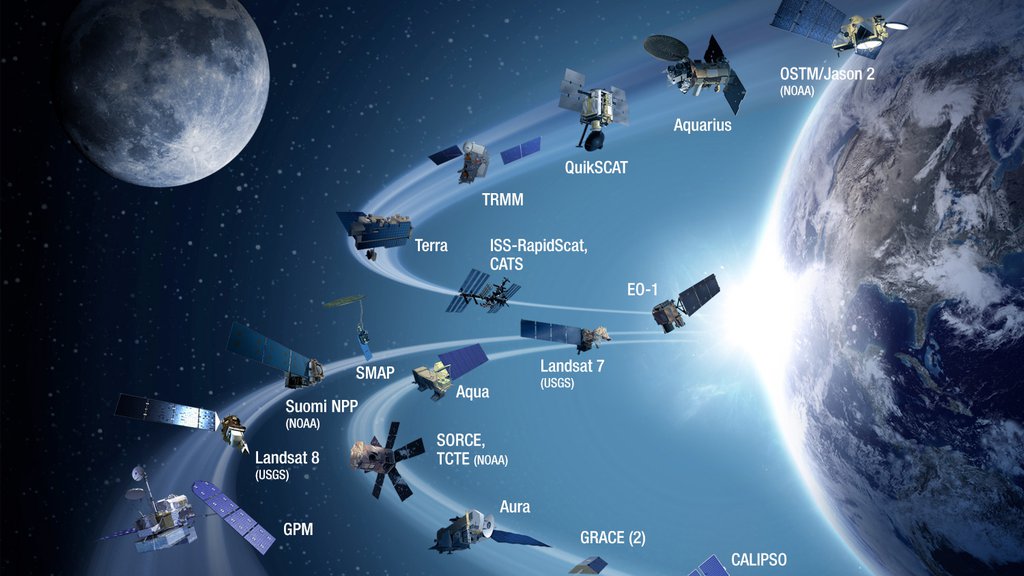 Over the past 12 months NASA has added five missions to its orbiting Earth-observing fleet. NASA scientists will share early observations during a media telecon Feb. 26.

Over the past 12 months NASA has added five missions to its orbiting Earth-observing fleet - the biggest one-year increase in more than a decade. NASA scientists will discuss early observations from the new missions and their current status during a media teleconference at 11 a.m. PST (2 p.m. EST) Thursday, Feb. 26.

New views of global carbon dioxide, rain and snowfall, ocean winds, and aerosol particles in the atmosphere will be presented during the briefing.

The first of the five new missions - the Global Precipitation Measurement (GPM) core observatory - was launched from Japan one year ago on Feb. 27, 2014. The most recent, the Soil Moisture Active Passive (SMAP) mission, managed by NASA's Jet Propulsion Laboratory, Pasadena, California, was launched from California on Jan. 31 and is in its checkout phase before starting to collect data. Two missions are collecting NASA's first ongoing Earth observations from the International Space Station (ISS), including the JPL-managed ISS-Rapid Scatterometer (RapidScat).

The teleconference panelists are:

The public may ask questions during the briefing on Twitter using the hashtag #askNASA.

Supporting graphics for the briefing will be posted at the start of the event at:

Audio of the briefing, as well as supporting graphics, will stream live at: