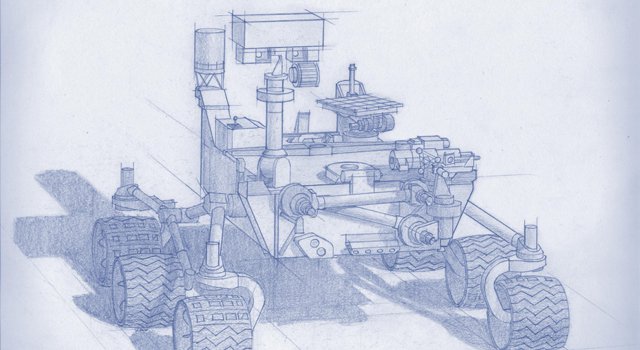 Planning for NASA's 2020 Mars rover envisions a basic structure that capitalizes on the design and engineering work done for the NASA rover Curiosity, which landed on Mars in 2012, but with new science instruments selected through competition for accomplishing different science objectives.› Full image and caption
Credit: NASA/JPL-Caltech

NASA will announce on Thurs., July 31, the instruments that will be carried aboard the Mars 2020 mission, a roving laboratory based on the highly successful Curiosity rover.


NASA will announce on Thursday, July 31, the instruments that will be carried aboard the agency's Mars 2020 mission, a roving laboratory based on the highly successful Curiosity rover. The announcement will air live at noon EDT on NASA Television and on the agency's website.

NASA received 58 proposals in January for science and exploration technology instruments to fly onboard the Mars 2020 mission, two times the average number of proposals submitted for instrument competitions in the recent past and an indicator of the extraordinary interest in exploration of the Red Planet.

Media can ask questions from participating NASA locations, or by telephone. To participate by phone, reporters must contact Steve Cole at 202-358-0918 or stephen.e.cole@nasa.gov and provide their media affiliation by 11 a.m. Thursday.

There also is limited seating in the NASA TV studio for media who would like to attend in person. To arrange access, media must email dwayne.c.brown@nasa.gov by no later than 9 a.m. Thursday.

Media and the public can join the conversation using #JourneyToMars, and ask questions using #askNASA.