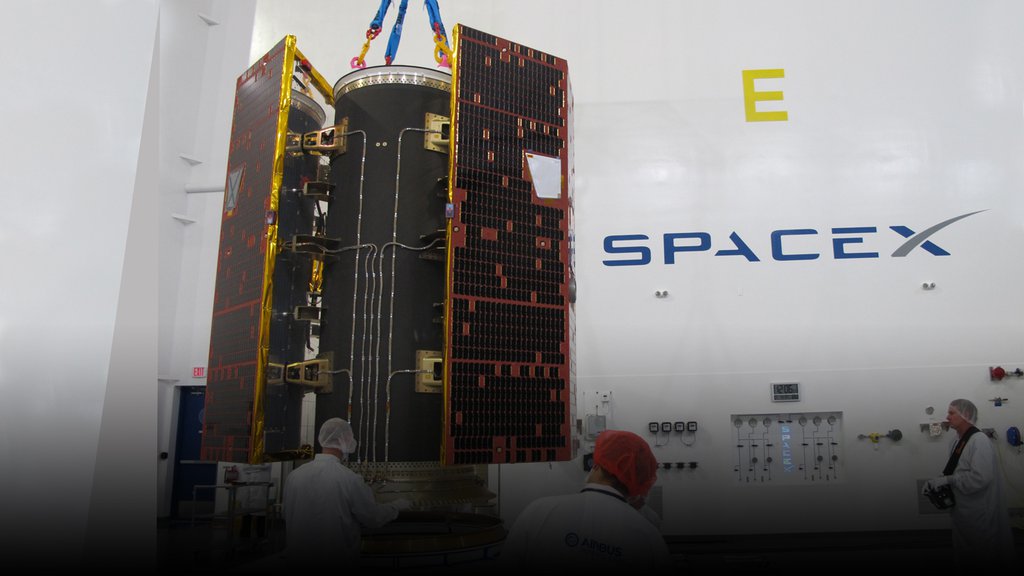 Media are invited to cover the prelaunch briefing and launch of the Gravity Recovery and Climate Experiment Follow-On (GRACE-FO), NASA's latest Earth-observing satellite mission. The briefing on Thursday, May 17, and launch on Saturday, May 19, will air on NASA Television, the agency's website and https://youtube.com/nasajpl/live.

A joint mission with the German Research Centre for Geosciences (GFZ), GRACE-FO will provide critical measurements that will be used together with other data to monitor the movement of water masses across the planet and mass changes within Earth itself. Monitoring changes in ice sheets and glaciers, underground water storage and sea level provides a unique view of Earth's climate and has far-reaching benefits. The mission is planned to fly at least five years.

Media and the public also may ask questions during the event via social media using the hashtag #askNASA.

Briefing participants will be:

Media who are accredited to attend the prelaunch briefing in person should confirm their participation with Lt. Amy Rasmussen of the 30th Space Wing Public Affairs Office at amy.rasmussen@us.af.mil no later than 9 a.m. PDT (noon EDT) on Monday, May 14.

Accredited media desiring to cover the event should meet at the south gate of Vandenberg on California State Road 246 at 10 a.m. to be escorted by 30th Space Wing Public Affairs to the news conference. Media must present a valid driver's license or passport to receive a base pass.

The satellites are scheduled to launch on a SpaceX Falcon 9 rocket at 1:04 p.m. PDT (4:04 p.m. EDT) from Space Launch Complex-4E at Vandenberg. The launch window is instantaneous. GRACE-FO will share its ride to orbit with five Iridium NEXT communications satellites as part of a commercial rideshare agreement. Spacecraft separation from the rocket will occur approximately 11.5 minutes after launch. The spacecraft's final circular, near-polar orbit will be 305 miles (490 kilometers) at an inclination of 89 degrees, orbiting Earth once every approximately 90 minutes. Launch coverage begins at 12:30 p.m. PDT (3:30 p.m. EDT) on NASA Television, the agency's website and https://youtube.com/nasajpl/live.

Media who have applied for credentialing will receive instructions for remote camera opportunities from SpaceX Media Relations in advance of the launch.

Media who have applied for credentialing will receive instructions for day-of-launch viewing from SpaceX Media Relations in advance of the launch. For photographers: the launch azimuth after liftoff will be 180.1 degrees.

Vandenberg security will have final authority to decide which media are credentialed to cover launches, and submitting the request by the deadline does not guarantee approval.

NASA Television will carry the prelaunch news conference and launch commentary coverage, and stream both events at:

They will also be streamed live and archived at

For extensive prelaunch, countdown and launch day coverage of the liftoff of Iridium-6/GRACE-FO aboard the Falcon 9 rocket, go to:
https://www.nasa.gov/gracefo

Live countdown coverage on NASA's launch blog will begin at launch minus two days. Coverage will feature real-time updates of countdown milestones. To learn more about the GRACE-FO mission, visit:

Additional information about GRACE-FO is available in the launch press kit:

The GRACE-FO Staff News Center at the NASA Vandenberg Resident Office will open Wednesday, May 16. To speak with a NASA communications specialist, call 805-605-3051 beginning at that time. A recorded launch status report also will be available by dialing 805-734-2693.

JPL manages the GRACE-FO mission for the agency's Science Mission Directorate in Washington, under the direction of the Earth Systematic Missions Program Office at NASA's Goddard Space Flight Center in Greenbelt, Maryland. The spacecraft were built by Airbus Defence and Space in Friedrichshafen, Germany, under subcontract to JPL. GFZ contracted GRACE-FO launch services from Iridium, and SpaceX is providing the Falcon 9 launch service. GFZ has subcontracted mission operations to the German Aerospace Center (DLR), which operates the German Space Operations Center in Oberpfaffenhofen, Germany.