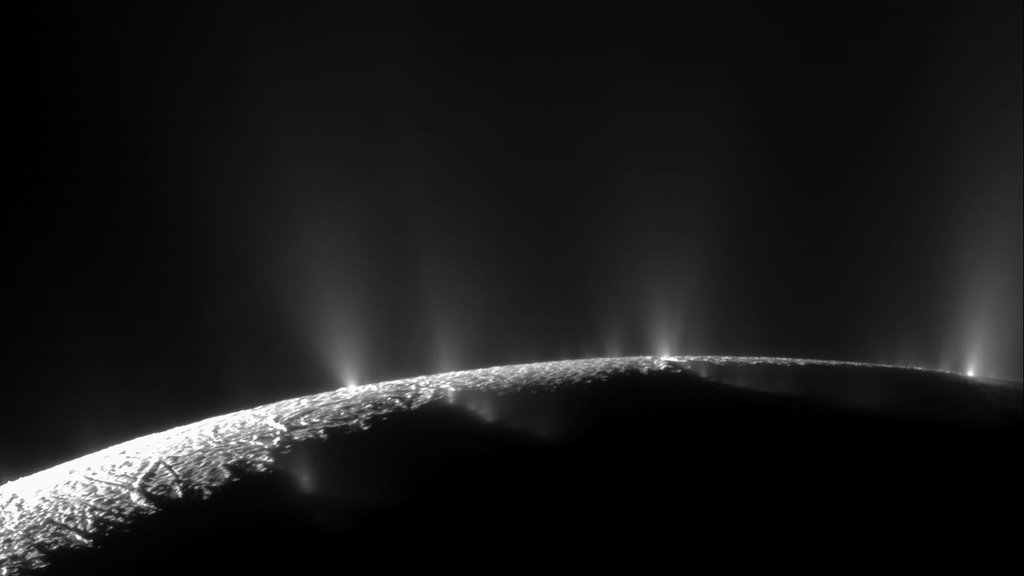 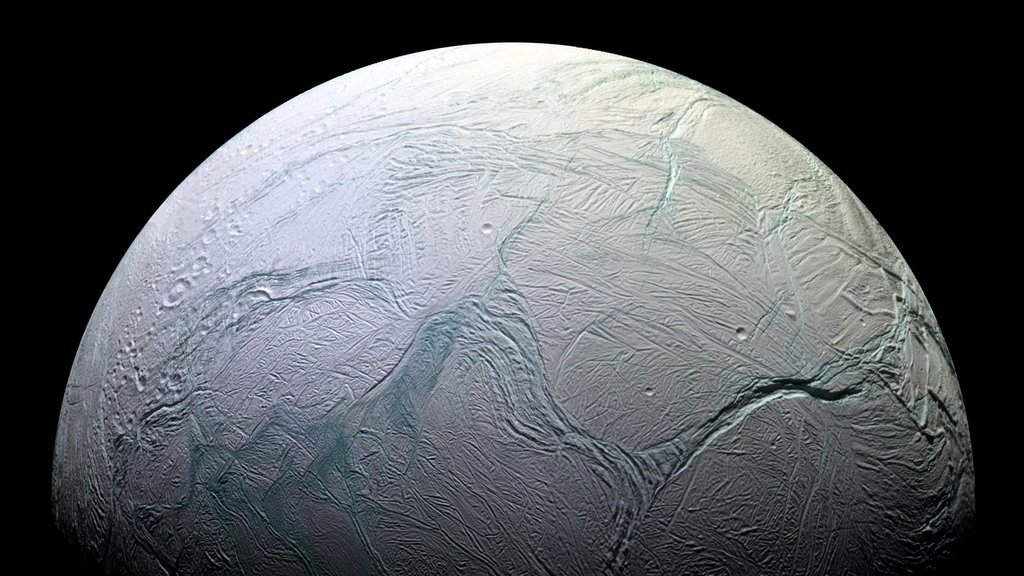 NASA's Cassini spacecraft will sample an extraterrestrial ocean next week when it flies directly through a plume of icy spray from Enceladus. A news telecon on Monday, Oct. 26, will preview the event.

NASA's Cassini spacecraft will sample an extraterrestrial ocean on Wednesday, Oct. 28, when it flies directly through a plume of icy spray coming from Saturn's moon Enceladus. The agency will hold a news teleconference at 11 a.m. PDT (2 p.m. EDT) on Monday, Oct. 26, to discuss plans for and anticipated science results from the historic flyby.

Questions can be submitted during the briefing via social media using the hashtag #askNASA.

The spacecraft will make its closest approach to Enceladus at 8:22 a.m. PDT (11:22 a.m. EDT) Wednesday at an altitude of 30 miles (49 kilometers) above the moon's south polar region. The encounter will be Cassini's deepest-ever dive through the Enceladus plume, and is expected to provide valuable data about activity in the global ocean stirring beneath the moon's frozen surface.

Cassini scientists are hopeful the flyby will provide insights into how much hydrothermal activity is occurring within Enceladus, and how this hot-water chemistry might impact the ocean's potential habitability for simple forms of life. If the spacecraft's ion and neutral mass spectrometer instrument (INMS) detects molecular hydrogen as it travels through the plume, scientists may get the measurements they need to answers these questions.

Using Cassini's cosmic dust analyzer (CDA) instrument, scientists expect the flyby will lead to a better understanding of the chemistry of the plume. The low altitude of the encounter is, in part, intended to increase the spacecraft's access to heavier, more massive molecules -- including organics -- than the spacecraft has observed during previous, higher altitude passes through the plume. The CDA instrument, which is capable of detecting up to 10,000 particles per second from the plume, also is expected to reveal how much material the plume is spraying from the moon's ocean into the space around Saturn.

"There's really no room for ambiguity," said Sascha Kempf, a CDA team co-investigator at the University of Colorado at Boulder. "The data will either match what our models are telling us about the rate at which the plume is producing material, or our concept of how the plume works needs additional thought."

Scientists also hope the flyby will help solve the mystery of whether the plume is comprised of column-like, individual jets, or sinuous, icy curtain eruptions -- or a combination of both.

Given the important astrobiology implications of these observations, the scientists caution that it will be several months before they are ready to present their detailed findings.

Cassini will acquire images of Enceladus both before and after the encounter. For the time of closest approach, the cameras' fields of view will drag across the surface. These observations are expected to capture some of the highest-resolution views ever of the icy south polar terrain, lit by reflected light from Saturn. Post-flyby processing will be used to remove blurring caused by the spacecraft's movement during exposure.

"Cassini truly has been a discovery machine for more than a decade," said Curt Niebur, Cassini program scientist at NASA Headquarters in Washington. "This incredible plunge through the Enceladus plume is an amazing opportunity for NASA and its international partners on the Cassini mission to ask, 'Can an icy ocean world host the ingredients for life?'"

The last of Cassini's three final close flybys of this icy moon, targeted at an altitude of 3,106 miles (4,999 kilometers) on Dec. 19, will examine how much heat is coming from the moon's interior. The closest-ever Enceladus flyby took place in October 2008 at an altitude of 16 miles (25 kilometers). Cassini flew closer to the moon's icy surface during that encounter, but passed through the plume at a much higher altitude than it will during the Oct. 28 flyby.