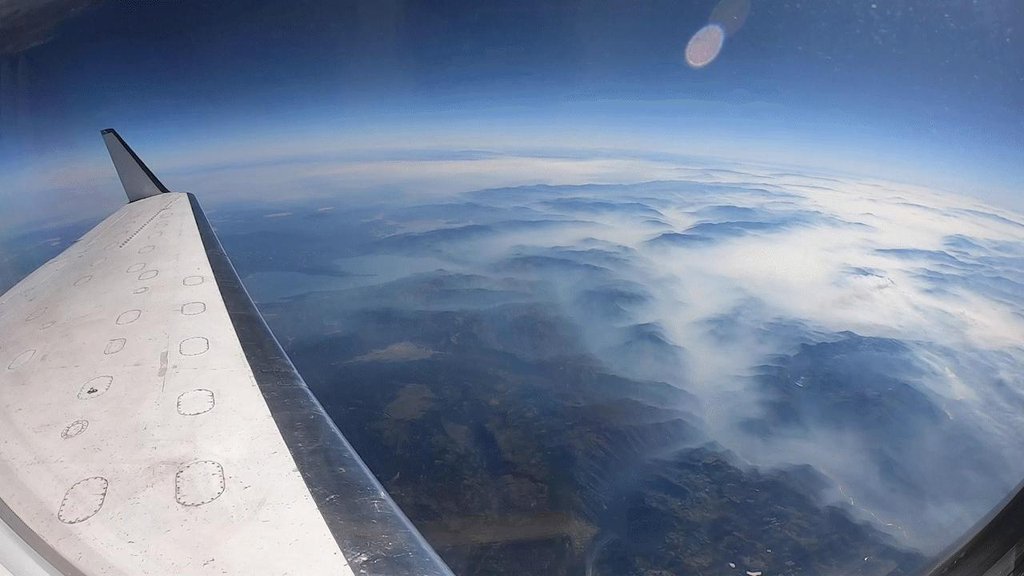 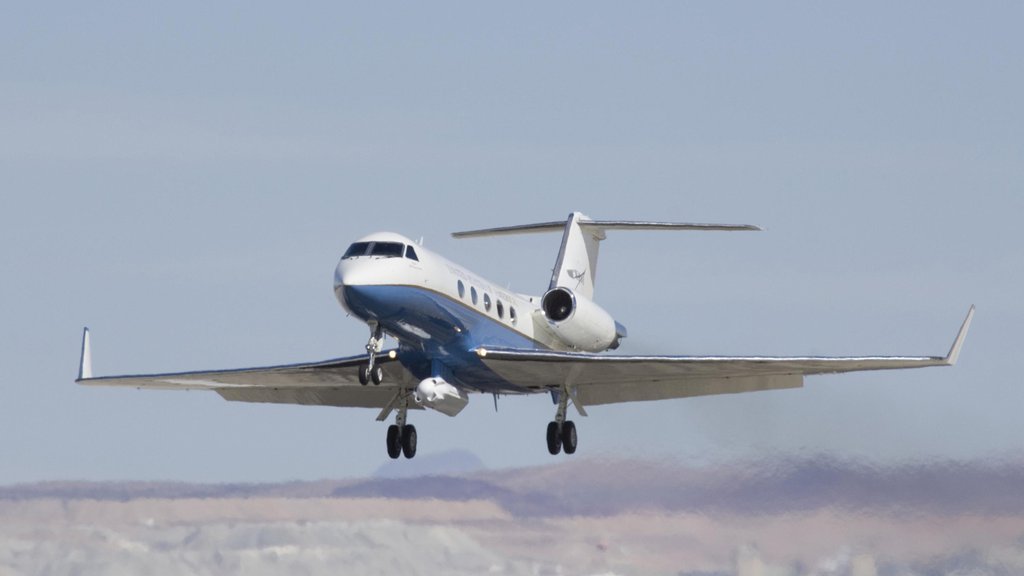 NASA's C-20A research aircraft takes off with the UAVSAR instrument attached below during an earlier flight from Edwards Air Force Base near Palmdale, California.
Credit: NASA

While the agency's satellites image the wildfires from space, scientists are flying over burn areas, using smoke-penetrating technology to better understand the damage.

A NASA aircraft equipped with a powerful radar took to the skies this month, beginning a science campaign to learn more about several wildfires that have scorched vast areas of California. The flights are being used to identify structures damaged in the fires while also mapping burn areas that may be at future risk of landslides and debris flows.

They're part of the ongoing effort by NASA's Applied Sciences Disaster Program in the Earth Sciences Division, which utilizes NASA airborne and satellite instruments to generate maps and other data products that partner agencies on the ground can utilize to track fire hotspots, map the extent of the burn areas, and even measure the height of smoke plumes that have drifted over California and neighboring states.

Several of the areas have been systematically imaged by UAVSAR approximately every year beginning in 2009, with the two most recent data collections being in 2018 and 2019 as part of larger earthquake-fault monitoring studies. When images from those previous overflights are combined with the new images, the science team can produce what are called damage proxy maps to identify the areas most affected by the fires and plot the location of structures that may have burned.

After vegetation is burned away, hillsides and valleys can become susceptible to landslides and debris flows during seasonal rains, often months later. By identifying the areas most at risk, scientists can better understand where such hazards may be greatest when the much-needed rains begin in California later this fall.

The UAVSAR radar pod is mounted to the bottom of the aircraft and is flown repeatedly over an area to measure tiny changes (a few millimeters, or quarter inch) in surface height with extreme accuracy. The smoke-penetrating instrument is also highly effective at mapping burn scars because radar signals bounce off vegetation in a very different way than they do off freshly burned ground.

What's more, UAVSAR airborne flights over burn areas produce observations that are 10 times higher in spatial resolution than satellites, and flights can be quickly arranged to collect data over vulnerable areas identified in satellite images.

"UAVSAR has proven to be an invaluable tool to detect tiny changes in the height of the land," said Yunling Lou, UAVSAR project manager at JPL. "But this radar can also make exquisite measurements of burn scars on any given day and provide daily repeated measurements if needed, which complements mapping efforts by NASA satellites."

Accompanying the radar on the next set of UAVSAR wildfire flights will be a short wavelength infrared (SWIR) imager - an instrument that can see through dense smoke and identify active fires - and a visible camera, which are both part of the QUAKES-I (Quantifying Uncertainty and Kinematics of Earth Systems Imager) imaging suite. Scientists will be able to harness the data to generate detailed ground elevation maps in the fire burn areas.

"We want to use a combination of radar, SWIR, and visible imagery to understand where the wildfire is currently active, to map the burn area, and to understand what areas may have an elevated susceptibility of future landslides or debris flows," said Andrea Donnellan, a principal research scientist at JPL.

These mark the first mapping flights with UAVSAR to support NASA's Disaster Program's data products as California continues to battle some of its worst wildfire seasons on record. These data products are prepared for agencies working on the ground in California, including the California National Guard, California Department of Forestry and Fire Protection (Cal Fire), Governor's Office of Emergency Services, California Geological Survey, and Federal Emergency Management Agency.