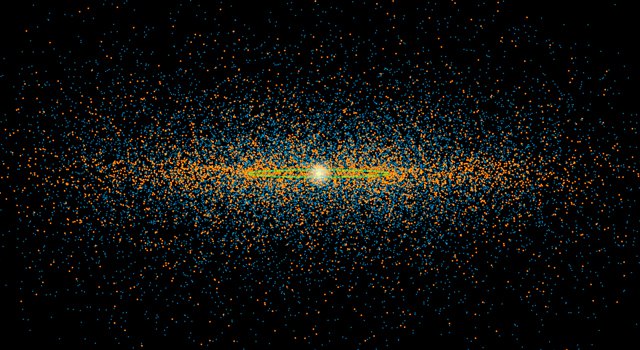 New results from NASA's NEOWISE survey find that more potentially hazardous asteroids, or PHAs, are closely aligned with the plane of our solar system than previous models suggested. PHAs are the subset of near-Earth asteroids (NEAs) with the closest orbits to Earth's orbit, coming within 5 million miles (about 8 million kilometers). They are also defined as being large enough to survive passage through Earth's atmosphere and cause damage on a regional, or greater, scale.› Full image and caption
Credit: NASA/JPL-Caltech 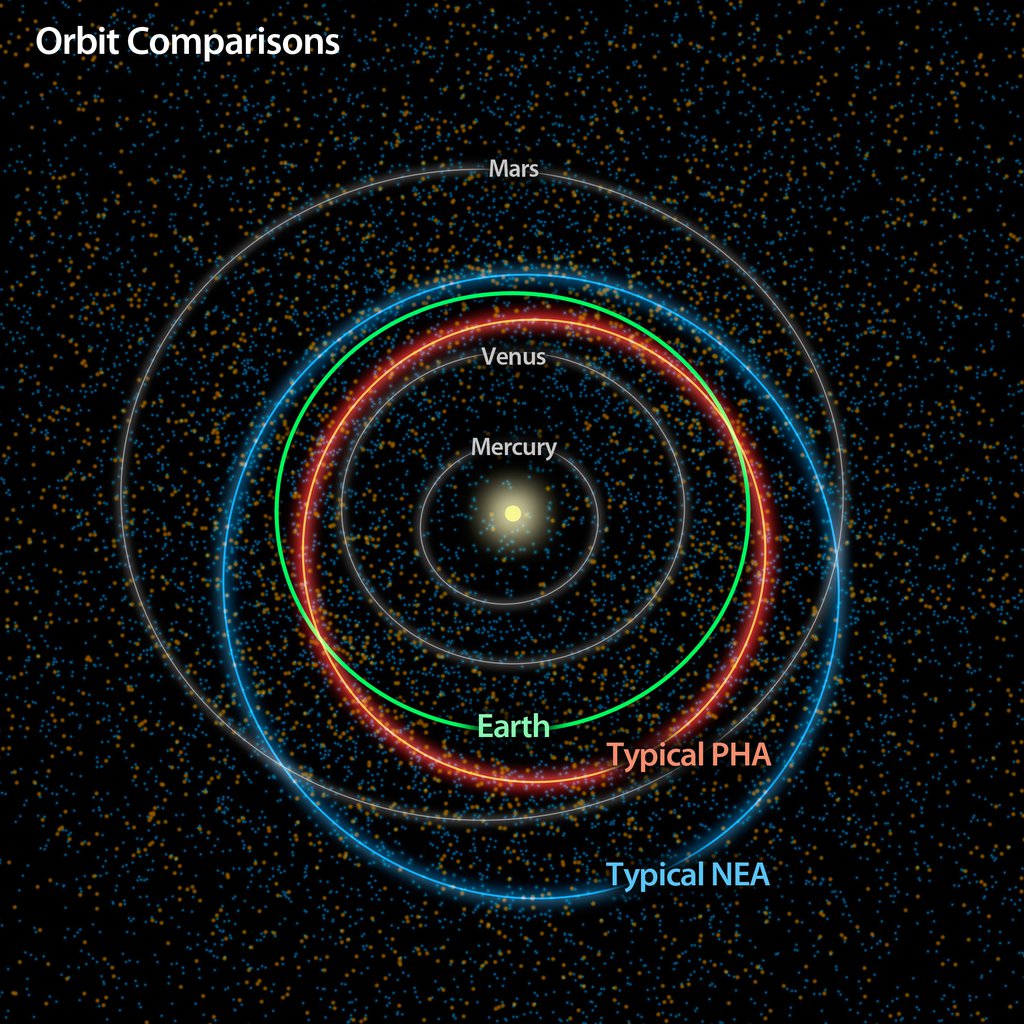 This diagram illustrates the differences between orbits of a typical near-Earth asteroid (blue) and a potentially hazardous asteroid, or PHA (orange). PHAs are a subset of the near-Earth asteroids (NEAs). They have the closest orbits to Earth's orbit, coming within 5 million miles (about 8 million kilometers), and they are large enough to survive passage through Earth's atmosphere and cause damage on a regional, or greater, scale.› Full image and caption
Credit: NASA/JPL-Caltech

Observations from NASA's Wide-field Infrared Survey Explorer (WISE) have led to the best assessment yet of our solar system's population of potentially hazardous asteroids.