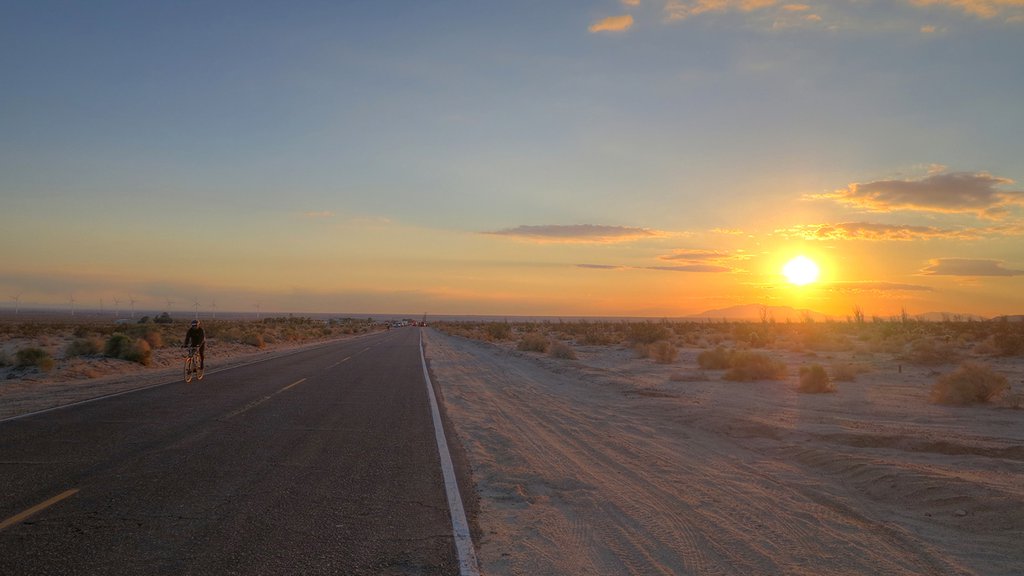 The California desert near the connecting fault segment.
Credit: Oleg/IMG_6747_8_9_tonemapped 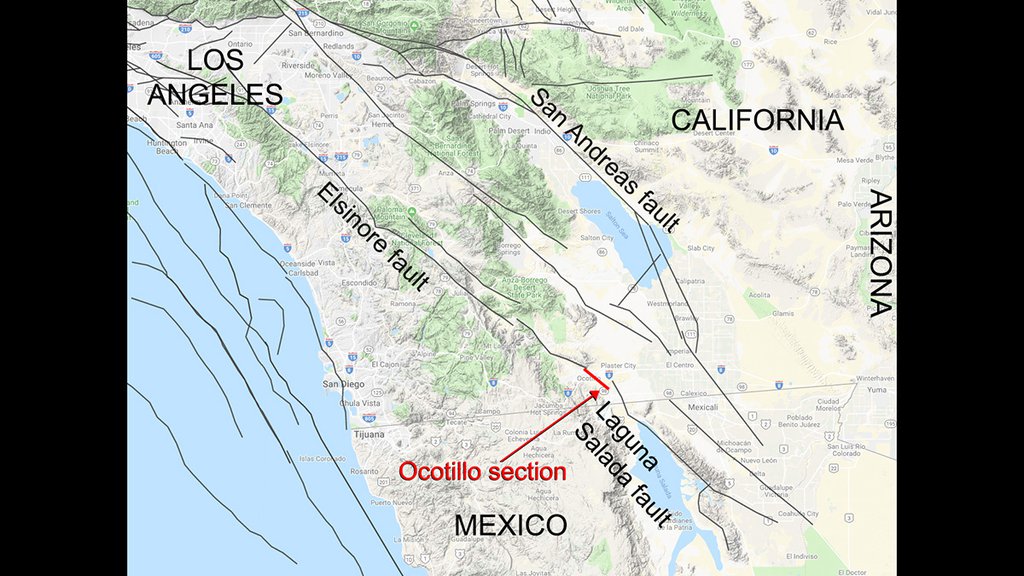 There's new evidence that a short section of fault in the California desert connects known faults in California and Mexico into one long, continuous system.

A multiyear study has uncovered evidence that a 21-mile-long (34-kilometer-long) section of a fault links known, longer faults in Southern California and northern Mexico into a much longer continuous system. The entire system is at least 217 miles (350 kilometers) long.

Knowing how faults are connected helps scientists understand how stress transfers between faults. Ultimately, this helps researchers understand whether an earthquake on one section of a fault would rupture multiple fault sections, resulting in a much larger earthquake.

A team led by scientist Andrea Donnellan of NASA's Jet Propulsion Laboratory in Pasadena, California, recognized that the south end of California's Elsinore fault is linked to the north end of the Laguna Salada fault system, just north of the international border with Mexico. The short length of the connecting fault segment, which they call the Ocotillo section, is consistent with an immature fault zone that is still developing, where repeated earthquakes have not yet created a smoother, single fault instead of several strands.

The Ocotillo section was the site of a magnitude 5.7 aftershock that ruptured on a 5-mile-long (8-kilometer-long) fault buried under the California desert two months after the 2010 El Mayor-Cucapah earthquake in Baja California, Mexico. The magnitude 7.2 earthquake caused severe damage in the Mexican city of Mexicali and was felt throughout Southern California. It and its aftershocks caused dozens of faults in the region -- including many not previously identified -- to move.

Seismic activity in the region is a sign of its complex geology. The Pacific and North American plates are grinding past each other in Southern California. In the Gulf of California, there's a spreading zone where plates are moving apart. "The plate boundary is still sorting itself out," Donnellan said.

Donnellan's team has been studying this region since 2009, using data from NASA's Uninhabited Aerial Vehicle Synthetic Aperture Radar (UAVSAR). This sophisticated airborne instrument measures the ground level with extreme accuracy, allowing scientists to see how the ground has shifted between flights. The team also uses data from GPS stations in the region, which provide information on vertical motion of the ground. The study included team members from JPL, the University of California's Irvine and Davis campuses, and Indiana University.

In the new study, Donnellan's team was also able to better define where Earth's crust continued slipping or deforming following the El Mayor-Cucapah earthquake and where other factors are important. "The shaking is only part of the earthquake process," she said. "The Earth keeps on moving for years [after the shaking stops]. What's cool about UAVSAR and GPS is that you can see the rest of the process."