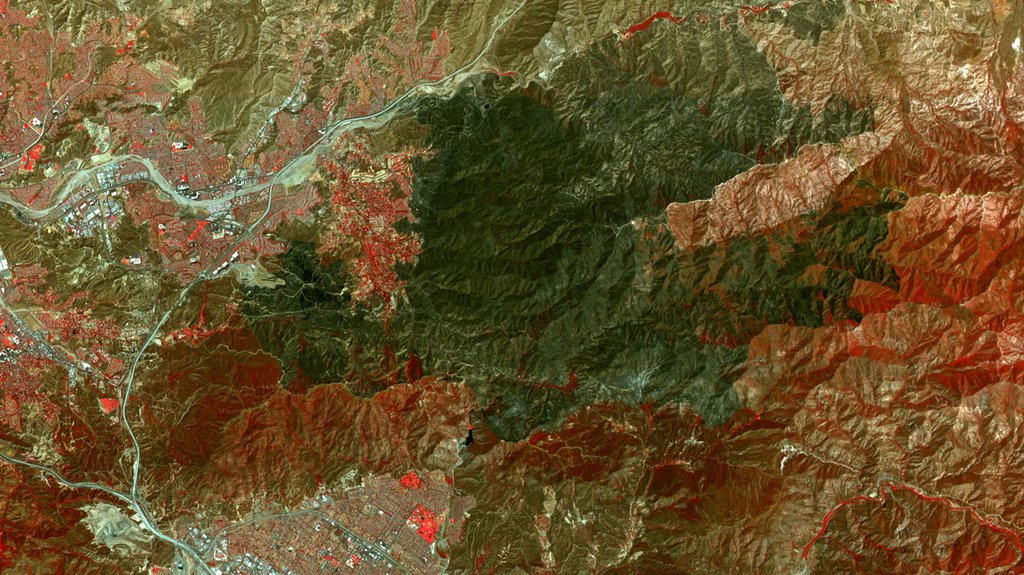 A new image from a NASA spacecraft shows the area burned in the Sand Fire near Los Angeles.

The Sand Fire, in the Santa Clarita area northwest of Los Angeles, has burned more than 41,000 acres, destroyed 18 houses and caused one fatality. By August 1, 2016, when the Advanced Spaceborne Thermal Emission and Reflection Radiometer (ASTER) instrument on NASA's Terra spacecraft acquired this image, the fire was more than 90 percent contained. The fire began July 22 in a brushy area near Highway 14. It grew explosively to thousands of acres, driven by high winds and temperatures over 100 degrees Fahrenheit (38 degrees Celsius). At one time, more than 10,000 homes were evacuated. In this image, vegetation is displayed in red, and the burn area is the irregularly shaped dark area in the middle of the image. The image covers an area of 16.4 by 19.4 miles (26.4 by 31.3 kilometers) and is located at 34.4 degrees north, 118.3 degrees west.