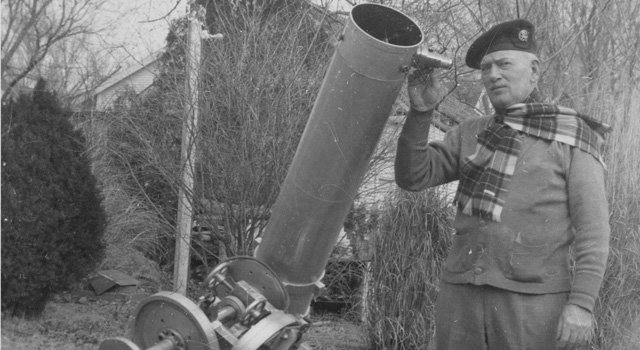 In the early morning hours of Nov. 15, 1953, an amateur astronomer in Oklahoma photographed what he believed to be a massive, white-hot fireball of vaporized rock rising from the center of the Moon's face.

In the early morning hours of Nov. 15, 1953, an amateur astronomer in Oklahoma photographed what he believed to be a massive, white-hot fireball of vaporized rock rising from the center of the Moon's face. If his theory was right, Dr. Leon Stuart would be the first and only human in history to witness and document the impact of an asteroid-sized body impacting the Moon's scarred exterior.

Almost a half-century, numerous space probes and six manned lunar landings later, what had become known in astronomy circles as "Stuart's Event" was still an unproven, controversial theory. Skeptics dismissed Stuart's data as inconclusive and claimed the flash was a result of a meteorite entering Earth's atmosphere. That is, until Dr. Bonnie J. Buratti, a scientist at NASA's Jet Propulsion Laboratory, Pasadena, Calif., and Lane Johnson of Pomona College, Claremont, Calif., took a fresh look at the 50-year-old lunar mystery.

"Stuart's remarkable photograph of the collision gave us an excellent starting point in our search," said Buratti. "We were able to estimate the energy produced by the collision. But we calculated that any crater resulting from the collision would have been too small to be seen by even the best Earth-based telescopes, so we looked elsewhere for proof."

Using imagery taken from lunar orbit by the Clementine spacecraft in 1994, Buratti and Johnson discovered a crater that was significantly brighter than others in the vicinity. They had located "Stuart's Event".

Buratti and Johnson's reconnaissance of the 35-kilometer (21.75-mile) wide region where the impact likely occurred led them to observations made by spacecraft orbiting the Moon. First, they dusted off photographs taken from the Lunar Orbiter spacecraft back in 1967, but none of the craters appeared a likely candidate. Then they consulted the more detailed imagery taken from the Clementine spacecraft in 1994.

"Using Stuart's photograph of the lunar flash, we estimated the object that hit the Moon was approximately 20 meters (65.6 feet) across, and the resulting crater would be in the range of one to two kilometers (.62 to 1.24 miles) across. We were looking for fresh craters with a non-eroded appearance," Buratti said.

Part of what makes a Moon crater look "fresh" is the appearance of a bluish tinge to the surface. This bluish tinge indicates lunar soil that is relatively untouched by a process called "space weathering," which reddens the soil. Another indicator of a fresh crater is that it reflects distinctly more light than the surrounding area.

Buratti and Johnson's search of images from the Clementine mission revealed a 1.5-kilometer (0.93 mile) wide crater. It had a bright blue, fresh-appearing layer of material surrounding the impact site, and it was located in the middle of Stuart's photograph of the 1953 flash. The crater's size is consistent with the energy produced by the observed flash; it has the right color and reflectance, and it is the right shape.

Having the vital statistics of Stuart's crater, Buratti and Johnson calculated the energy released at impact was about .5 megatons (35 times more powerful than the Hiroshima atomic bomb). They estimate such events occur on the lunar surface once every half-century.

"To me this is the celestial equivalent of observing a once-in-a-century hurricane," said Buratti. "We're taught the Moon is geologically dead, but this proves that it is not. Here we can actually see weather on the Moon," she said.

While Dr. Stuart passed on in 1969, his son Jerry Stuart offered some thoughts about Buratti and Lane's findings. "Astronomy is all about investigation and discovery. It was my father's passion, and I know he would be quite pleased," he said.

Buratti and Johnson's study appears in the latest issue of the space journal, Icarus.

More information about NASA's planetary missions, astronomical observations, and laboratory measurements is available on the Internet at http://pds.jpl.nasa.gov.

Information about NASA programs is available on the Internet at www.nasa.gov.