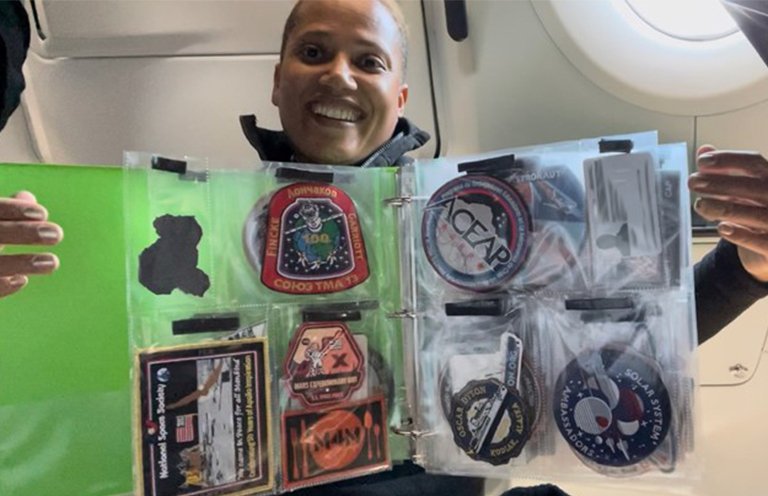 Volunteers with the program, which is managed by JPL, share the latest updates from scientists and engineers working at the leading edge of NASA’s solar system exploration.

NASA’s Solar System Ambassadors Program is celebrating its 25th anniversary in fall 2022. The program is funded by NASA’s Science Mission Directorate and is managed by NASA’s Jet Propulsion Laboratory in Southern California.

The Solar Systems Ambassadors Program works with motivated volunteers across the nation to communicate the science and excitement of NASA’s space exploration missions and discoveries with their communities.

According to NASA’s founding charter, the agency “... shall provide for the widest practicable and appropriate dissemination of information concerning its activities and the results thereof.”

“The Solar System Ambassadors Program has a remarkable legacy of sharing NASA science with local audiences. SSA’s give their most precious resource — time — to fostering lifelong learning across all 50 states and territories,” said Kristen Erickson, Director, Science Engagement & Partnerships, NASA Science Mission Directorate. “We are grateful to this dynamic ecosystem of volunteers for engaging the public through their own unique voices and generous spirit.”

Some background: In the spirit of a genuine grassroots endeavor, the Solar System Ambassadors Program was originally called the Galileo Ambassador Program. In 1996, Tom Estill, a New Hampshire teacher, attended a Galileo mission educator workshop. Tom suggested to Leslie Lowes (then the lead outreach coordinator for NASA JPL’s Galileo mission) that NASA create a coordinated program for volunteers across the country.

Get the latest JPL news

The Galileo Ambassador Program was born in 1997 with Tom as one of the first 16 volunteers. The program quickly gained support from other JPL missions, and in 1999, the Solar System Ambassadors Program was officially formed with 145 volunteers.

At the time, Dr. Jeffrey D. Rosendhal, past assistant associate administrator for education and public outreach at NASA’s Office of Space Science (which later became the NASA Science Mission Directorate) said, “Solar System Ambassadors is a grassroots effort. We’re going to plant the seeds, and watch them spread.”

Today, the Solar System Ambassadors Program has more than 1,100 dedicated volunteers reaching over 11 million audience members through both live and online events in their communities.

The program’s wide-reaching local approach to sharing NASA’s dedicated efforts in space and science with the public has led to a deep impact among individuals and communities – particularly those not traditionally served by NASA.

From a local library in a small town in Iowa to a military base in Guam, volunteers share professionally designed presentations based on the latest updates from scientists and engineers working at the leading edge of NASA’s solar system exploration.