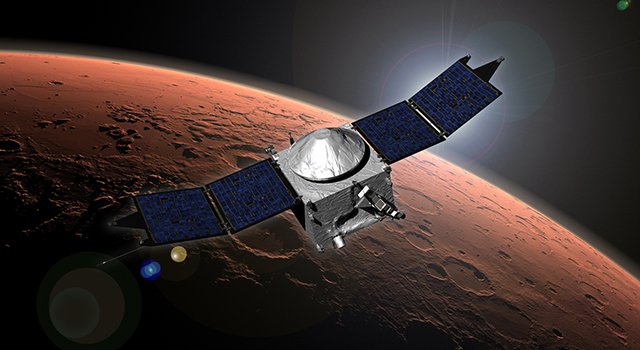 NASA will host a news teleconference on Tuesday, Oct. 14, to announce early science results from its Mars Atmosphere and Volatile Evolution (MAVEN) mission.

Launched in November 2013, the spacecraft entered orbit around Mars on Sept. 21, completing an interplanetary journey of 10 months and 442 million miles (711 million kilometers). MAVEN is the first spacecraft devoted to exploring and understanding the Martian upper atmosphere to help scientists understand climate change over the Red Planet's history.

-- Bruce Jakosky, MAVEN principal investigator at the Laboratory for Atmospheric and Space Physics at the University of Colorado, Boulder (CU-Boulder)

For dial-in information, media should email their name, affiliation and telephone number to Dwayne Brown at dwayne.c.brown@nasa.gov.

Visuals will be posted at the start of the event at: