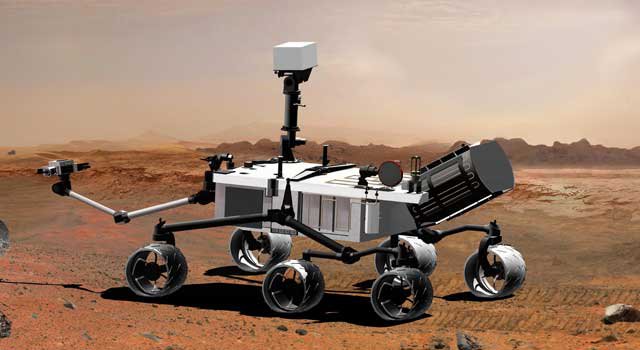 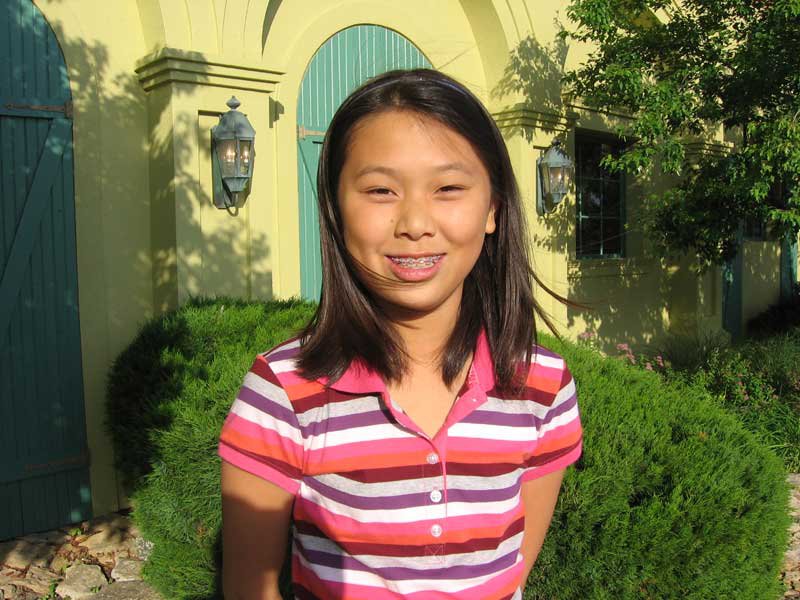 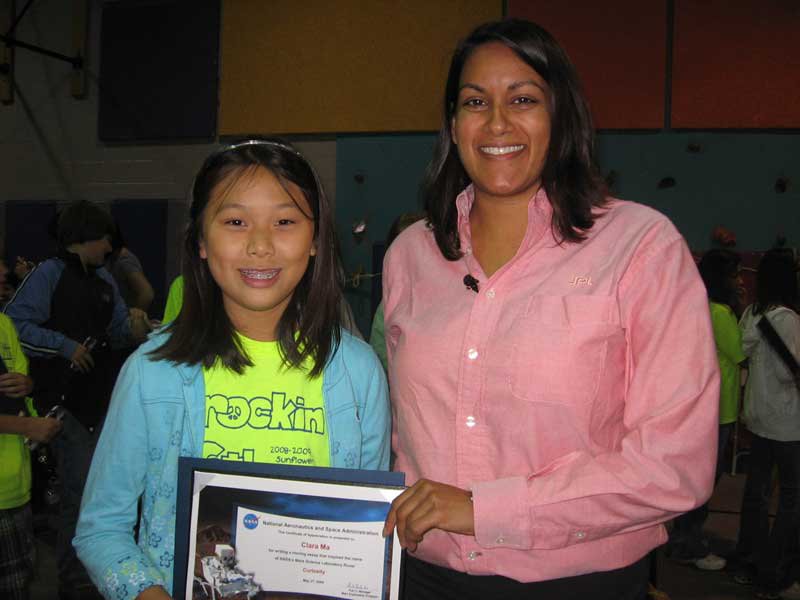 NASA's Mars Science Laboratory rover, scheduled for launch in 2011, has a new name, thanks to a sixth-grade student from Kansas.

PASADENA, Calif. - NASA's Mars Science Laboratory rover, scheduled for launch in 2011, has a new name, thanks to a sixth-grade student from Kansas. Twelve-year-old Clara Ma from the Sunflower Elementary school in Lenexa submitted the winning entry, "Curiosity." As her prize, Ma wins a trip to NASA's Jet Propulsion Laboratory in Pasadena, Calif., where she will be invited to sign her name directly onto the rover as it is being assembled.

A NASA panel selected the name following a nationwide student contest that attracted more than 9,000 proposals via the Internet and mail. The panel primarily took into account the quality of submitted essays. Name suggestions from the Mars Science Laboratory project leaders and a non-binding public poll also were considered.

"Students from every state suggested names for this rover. That's testimony to the excitement Mars missions spark in our next generation of explorers," said Mark Dahl, the mission's program executive at NASA Headquarters in Washington. "Many of the nominating essays were excellent and several of the names would have fit well. I am especially pleased with the choice, which recognizes something universally human and essential to science."

Ma decided to enter the rover-naming contest after she heard about it at her school.

"I was really interested in space, but I thought space was something I could only read about in books and look at during the night from so far away," Ma said. "I thought that I would never be able to get close to it, so for me, naming the Mars rover would at least be one step closer."

"Curiosity is an everlasting flame that burns in everyone's mind. It makes me get out of bed in the morning and wonder what surprises life will throw at me that day," Ma wrote in her winning essay. "Curiosity is such a powerful force. Without it, we wouldn't be who we are today. Curiosity is the passion that drives us through our everyday lives. We have become explorers and scientists with our need to ask questions and to wonder."

The naming contest was conducted in partnership with Disney-Pixar's animated film "WALL-E." The activity invited ideas from students 5 - 18 years old enrolled in a U.S. school. The contest started in November 2008. Entries were accepted until midnight Jan. 25.

Walt Disney Studios Motion Pictures supplied the prizes for the contest, including 30 for semifinalists related to "WALL-E." Nine finalists have been invited to provide messages to be placed on a microchip mounted on Curiosity. The microchip also will contain the names of thousands of people around the world who have "signed" their names electronically via the Internet. Additional electronic signatures still are being accepted via the Internet.

"We have been eager to call the rover by name," said Pete Theisinger, who manages the JPL team building and testing Curiosity. "Giving it a name worthy of this mission's quest means a lot to the people working on it."

Curiosity will be larger and more capable than any craft previously sent to land on the Red Planet. It will check to see whether the environment in a selected landing region ever has been favorable for supporting microbial life and preserving evidence of life. The rover also will search for minerals that formed in the presence of water and look for several chemical building blocks of life.

The Mars Science Laboratory project is managed by JPL for NASA's Science Mission Directorate in Washington.

For more information about the mission and the contest winner, visit: http://www.nasa.gov/msl .


To send your name on the rover microchip, visit: http://marsprogram.jpl.nasa.gov/msl/participate/sendyourname .