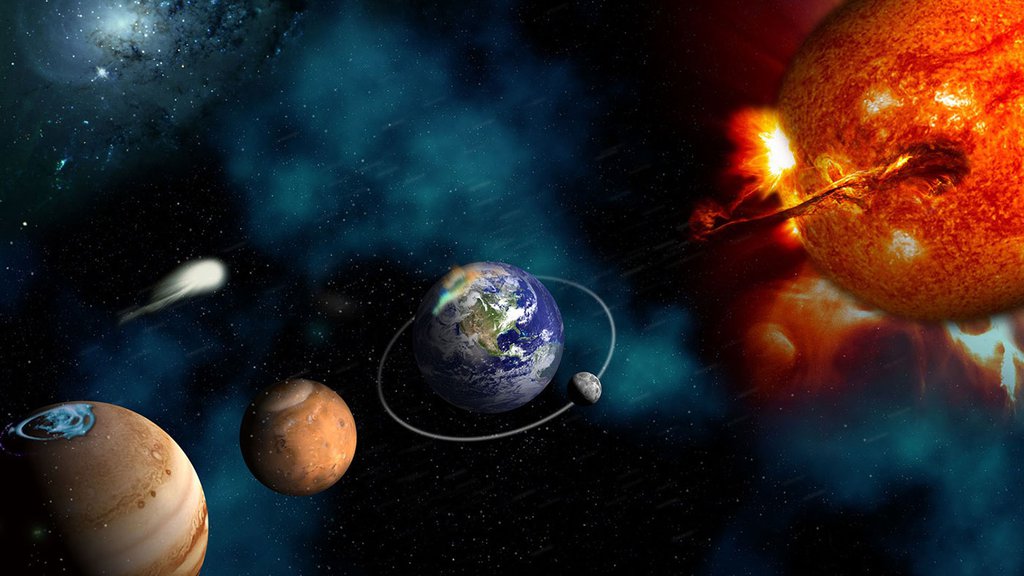 Heliophysics is the study of how the Sun affects space and the space environment of planets.

NASA has selected nine proposals under its Explorers Program, including one managed by JPL.

NASA has selected nine proposals under its Explorers Program that will return transformational science about the Sun and space environment and fill science gaps between the agency's larger missions; eight for focused scientific investigations and one for technological development of instrumentation. One, called Sun Radio Interferometer Space Experiment (SunRISE), is managed by NASA's Jet Propulsion Laboratory, Pasadena, California.

The broad scope of the investigations illustrates the many vital and specialized research areas that must be explored simultaneously in the area of heliophysics, which is the study of how the Sun affects space and the space environment of planets.

"The Explorers Program seeks innovative ideas for small and cost-constrained missions that can help unravel the mysteries of the Universe," said Paul Hertz, director of NASA's Astrophysics Division and the selection official. "These missions absolutely meet that standard with proposals to solve mysteries about the Sun's corona, the Earth's atmosphere and magnetosphere, and the solar wind."

Each Heliophysics Small Explorer mission will receive $1.25 million to conduct an 11-month mission concept study. The selected proposals are:

Polarimeter to Unify the Corona and Heliosphere (PUNCH)

Each Mission of Opportunity SCM will receive $400,000 to conduct an 11-month mission concept study. The selected proposals are:

A Partner Mission of Opportunity (PMO) proposal has been selected for components and scientific analysis for three in situ payload instruments aboard the Turbulence Heating ObserveR (THOR) mission - one of four proposed missions currently under consideration by ESA (European Space Agency). After ESA's final selection, work will begin on implementation of the PMO only if THOR is selected.

The chosen PMO is:

The Explorers Program is the oldest continuous NASA program designed to provide frequent, low-cost access to space using principal investigator-led space science investigations relevant to the agency's astrophysics and heliophysics programs. Since the Explorer 1 launch in 1958, which discovered Earth's radiation belts, the Explorers Program has launched more than 90 missions, including the Uhuru and Cosmic Background Explorer (COBE) missions that led to Nobel Prizes for their investigators.

The program is managed by Goddard for NASA's Science Mission Directorate in Washington, which conducts a wide variety of research and scientific exploration programs for Earth studies, space weather, the solar system and universe.