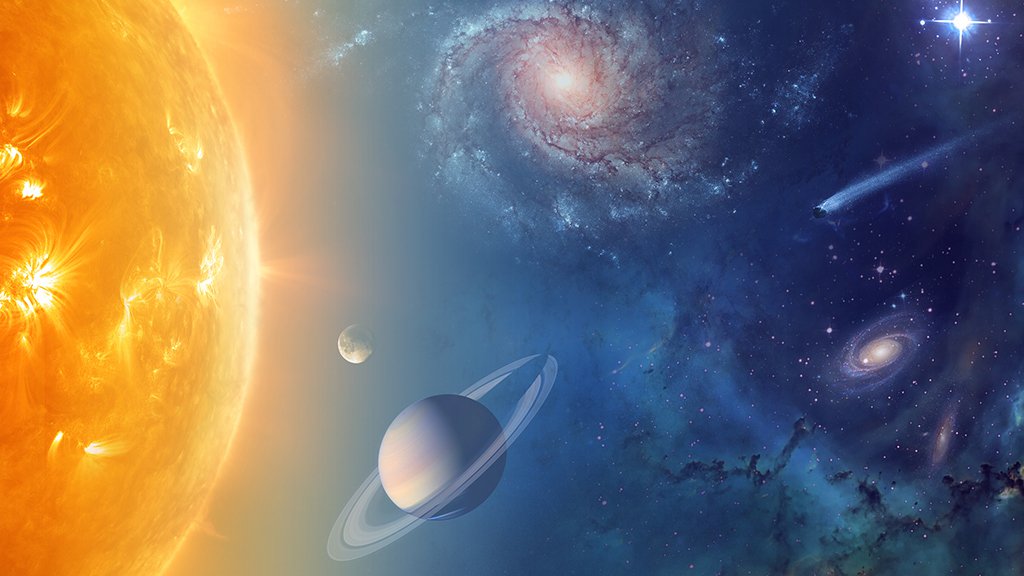 NASA is exploring our solar system and beyond to understand the workings of the universe, searching for water and life among the stars.
Credit: NASA

NASA has selected six astrophysics Explorers Program proposals for concept studies, three of which are managed by JPL.

NASA has selected six astrophysics Explorers Program proposals for concept studies. The proposed missions would study gamma-ray and X-ray emissions from clusters of galaxies and neutron star systems, as well as infrared emissions from galaxies in the early universe and atmospheres of exoplanets, which are planets outside of our solar system.

Three of these proposed missions, called FINESSE, SPHEREx and CASE, are managed by NASA's Jet Propulsion Laboratory in Pasadena, California. FINESSE and CASE additionally have their principal investigator based at JPL.

The selected proposals, three Medium-Class Explorers missions and three Explorers Missions of Opportunity, call for focused scientific investigations and developments of instruments that fill the scientific gaps between the agency's larger missions.

"The Explorers Program brings out some of the most creative ideas for missions to help unravel the mysteries of the universe," said Thomas Zurbuchen, associate administrator of the agency's Science Mission Directorate in Washington. "The program has resulted in great missions that have returned transformational science, and these selections promise to continue that tradition."

The proposals were selected based on potential science value and feasibility of development plans. After concept studies and detailed evaluations, one of each mission type will be selected by 2019 to proceed with construction and launch. The earliest launch date would be in 2022. Medium-Class Explorer mission costs are capped at $250 million each, excluding the launch vehicle, and Mission of Opportunity costs are capped at $70 million each.

Each astrophysics Medium-Class Explorer mission will receive $2 million to conduct a nine-month mission concept study. The selected proposals are:

Arcus: Exploring the Formation and Evolution of Clusters, Galaxies and Stars

Spectro-Photometer for the History of the Universe, Epoch of Reionization, and Ices Explorer (SPHEREx): An All-Sky Spectral Survey

Missions of Opportunity will receive $500,000 to conduct a nine-month implementation concept study. The selected proposals are:

A Partner Mission of Opportunity (PMO) has been conditionally selected to provide detectors for the Fine Guidance Sensor assembly of the Atmospheric Remote Sensing Infrared Exoplanet Large-Survey (ARIEL) mission -- one of three proposed missions currently under consideration by ESA (European Space Agency). The PMO would proceed with construction only if ARIEL is selected by ESA.

The Explorers Program is the oldest continuous NASA program designed to provide frequent, low-cost access to space using principal investigator-led space science investigations relevant to the Science Mission Directorate's astrophysics and heliophysics programs. Since the Explorer 1 launch in 1958, which discovered Earth's radiation belts, the Explorers Program has launched more than 90 missions, including the Uhuru and Cosmic Background Explorer (COBE) missions that led to Nobel Prizes for their investigators.

The program is managed by Goddard for NASA's Science Mission Directorate, which conducts a wide variety of research and scientific exploration programs for Earth studies, space weather, the solar system, and the universe.

For information about NASA and space science, visit: