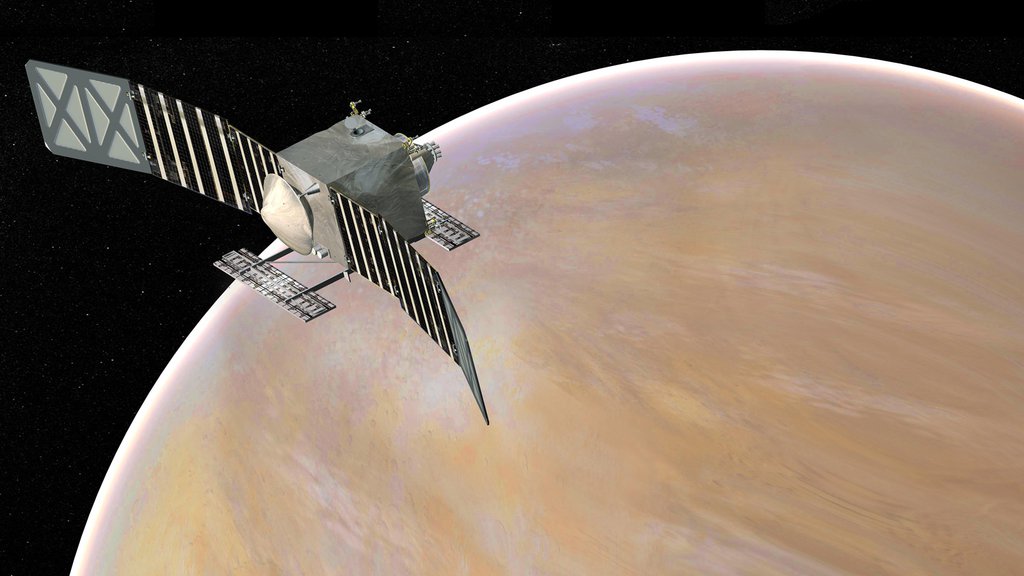 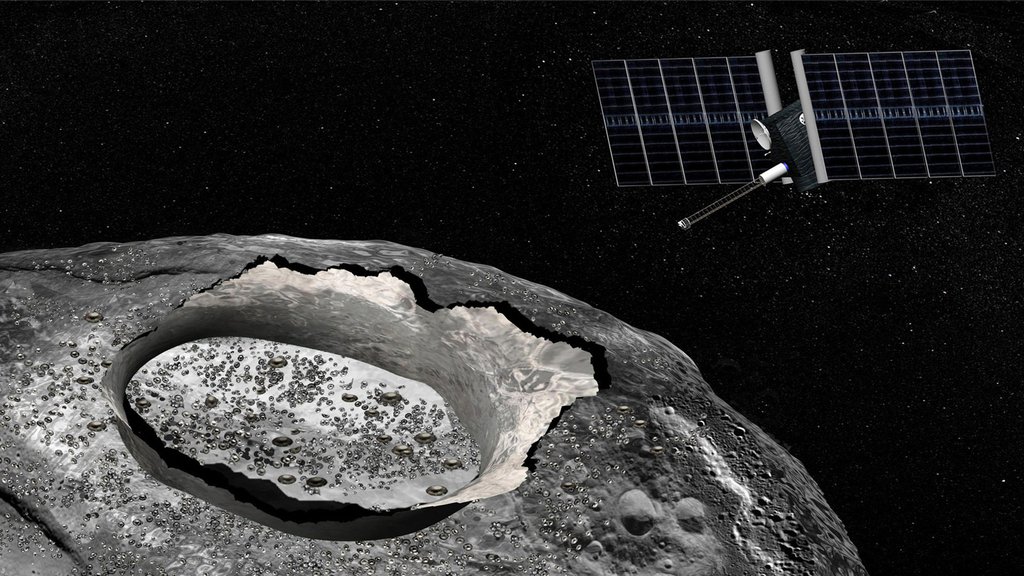 Artist's concept of the Psyche spacecraft, a proposed mission for NASA's Discovery program that would conduct a direct exploration of an object thought to be a stripped planetary core.
Credit: NASA/JPL-Caltech 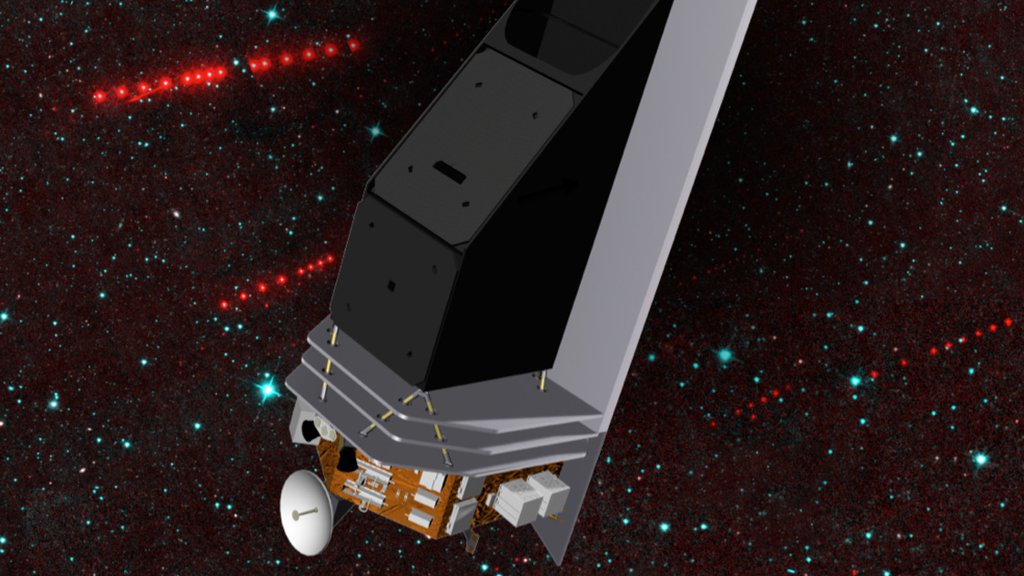 Artist's concept of the NEOCam spacecraft, a proposed mission for NASA's Discovery program that would conduct an extensive survey for potentially hazardous near-Earth asteroids.
Credit: NASA/JPL-Caltech

Three proposed science investigations with JPL project management have been chosen by NASA for further investigation.

NASA has selected five science investigations for refinement during the next year as a first step in choosing one or two missions for flight opportunities as early as 2020. Three of those chosen have ties to NASA's Jet Propulsion Laboratory in Pasadena, California. The submitted proposals would study Venus, near-Earth objects and a variety of asteroids.

Each investigation team will receive $3 million to conduct concept design studies and analyses. After a detailed review and evaluation of the concept studies, NASA will make the final selections by September 2016 for continued development leading up to launch. Any selected mission will cost approximately $500 million, not including launch vehicle funding or the cost of post-launch operations.

"The selected investigations have the potential to reveal much about the formation of our solar system and its dynamic processes," said John Grunsfeld, astronaut and associate administrator for NASA's Science Mission Directorate in Washington. "Dynamic and exciting missions like these hold promise to unravel the mysteries of our solar system and inspire future generations of explorers. It's an incredible time for science, and NASA is leading the way."

NASA's Discovery Program requested proposals for spaceflight investigations in November 2014. A panel of NASA and other scientists and engineers reviewed 27 submissions.

The planetary missions associated with JPL that were selected to pursue concept design studies are:

VERITAS would produce global, high-resolution topography and imaging of Venus' surface and produce the first maps of deformation and global surface composition. Suzanne Smrekar of NASA's Jet Propulsion Laboratory in Pasadena, California, is the principal investigator. JPL would manage the project.

Psyche would explore the origin of planetary cores by studying the metallic asteroid Psyche. This asteroid is likely the survivor of a violent hit-and-run with another object that stripped off the outer, rocky layers of a protoplanet. Linda Elkins-Tanton of Arizona State University in Tempe, Arizona, is the principal investigator. JPL would manage the project.

NEOCAM would discover 10 times more near-Earth objects than all NEOs discovered to date. It would also begin to characterize them. Amy Mainzer of JPL is the principal investigator, and JPL would manage the project.

The two other selections are:

DAVINCI would study the chemical composition of Venus' atmosphere during a 63-minute descent. It would answer scientific questions that have been considered high priorities for many years, such as whether there are volcanoes active today on the surface of Venus and how the surface interacts with the atmosphere of the planet. Lori Glaze of NASA's Goddard Space Flight Center in Greenbelt, Maryland, is the principal investigator. Goddard would manage the project.

Lucy would perform the first reconnaissance of the Jupiter Trojan asteroids, objects thought to hold vital clues to deciphering the history of the solar system. Harold Levison of the Southwest Research Institute in Boulder, Colorado is the principal investigator. Goddard would manage the project.