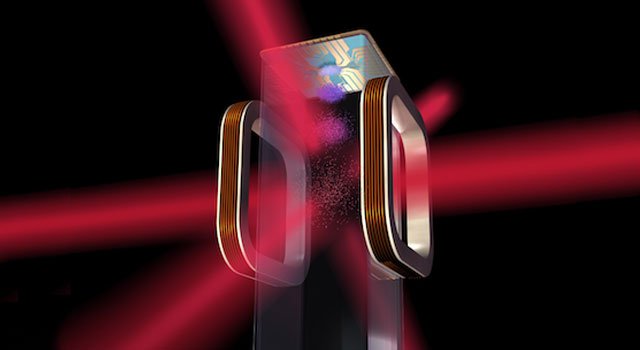 Artist's concept of a magneto-optical trap and atom chip to be used by NASA's Cold Atom Laboratory (CAL) aboard the International Space Station.› Full image and caption
Credit: NASA/JPL-Caltech

NASA will fund seven proposals, including one from JPL, to conduct physics research on the agency's new microgravity laboratory, launching to the International Space Station.

NASA's Physical Science Research Program will fund seven proposals, including one from NASA's Jet Propulsion Laboratory, Pasadena, Calif., to conduct physics research using the agency's new microgravity laboratory, which is scheduled to launch to the International Space Station in 2016.

NASA's Cold Atom Laboratory (CAL) will provide an opportunity to study ultra-cold quantum gases in the microgravity environment of the space station -- a frontier in scientific research that is expected to reveal interesting and novel quantum phenomena.

This environment makes it possible to conduct research in a way unachievable on Earth because atoms can be observed over a longer period, and mixtures of different atoms can be studied free of the effects of gravity, where cold atoms can be trapped more easily by magnetic fields.

The chosen proposals came from seven research teams, which include three Nobel laureates, in response to NASA's research announcement "Research Opportunities in Fundamental Physics." The proposals will receive a total of about $12.7 million over a four- to five-year period. Development of selected experiments will begin immediately.

The Cold Atom Laboratory project office is at JPL, which is developing the instrument in-house. CAL is a joint partnership of JPL, NASA's International Space Station Program Office at the Johnson Space Center in Houston, and the Space Life and Physical Sciences Branch at NASA Headquarters.

More information on CAL is online at: coldatomlab.jpl.nasa.gov.

For a complete list of the selected proposals, principal investigators and organizations, visit: http://go.nasa.gov/M6hcRp.