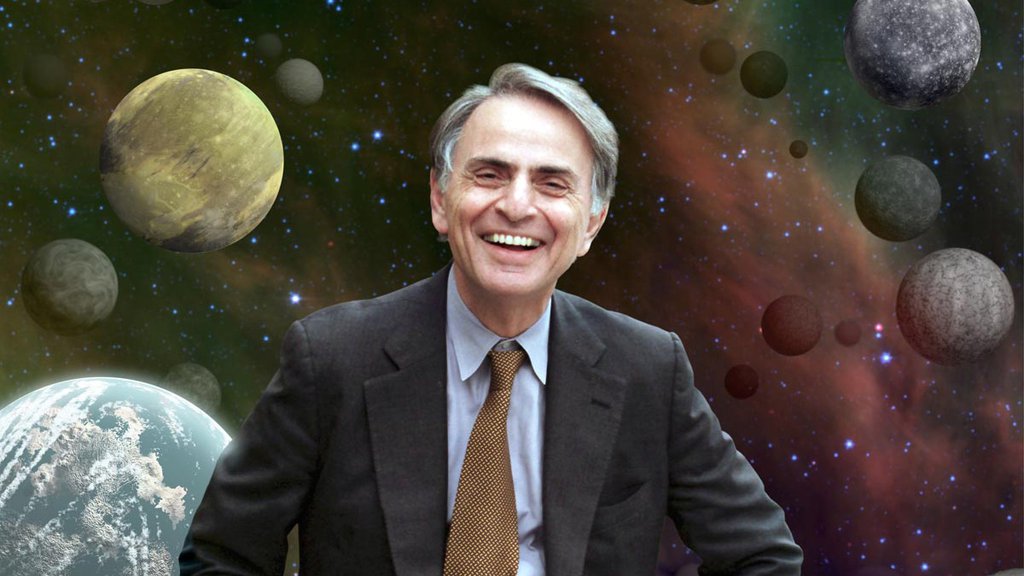 The Sagan Fellowship program, named after the late Carl Sagan, supports talented young scientists in their mission to explore the unknown. Following the path laid out by Sagan, these bright fellows will continue to tread the path, make their own discoveries and inspire future Sagan fellows.
Credit: NASA/Cosmos Studies

NASA has selected six scientists as recipients of the 2015 Carl Sagan Exoplanet Postdoctoral Fellowships. The fellowship, named for the late astronomer, was created in 2008 to inspire the next generation of explorers seeking to learn more about planets, and possibly life, around other stars.

The Sagan Fellowship's primary goal is to support outstanding recent postdoctoral scientists in conducting independent research related to the science goals of NASA's Exoplanet Exploration Program, namely, to discover and characterize planetary systems and Earth-like planets around nearby stars.

Significant discoveries and advances have already been made by previous Sagan Fellows. Recent science results from the fellows include the most precise measurement ever of the radius of a planet outside our solar system, and images of exoplanets obtained with an Earth-based telescope using the same type of imaging sensor found in digital cameras.

"The Sagan Fellowships attract the best and brightest early career researchers in the rapidly developing field of exoplanets. They are pushing the boundaries of finding and characterizing the most Earth-like around the coolest, nearest stars," said Charles Beichman, executive director of the NASA Exoplanet Science Institute at the California Institute of Technology in Pasadena. "Their research will make advances in exoplanet theory and instrumentation, and take full advantage of NASA missions."

-- Courtney Dressing, who will work at the California Institute of Technology in Pasadena on "Characterizing Small Planets Orbiting Small Stars." Dressing will use data from NASA's Kepler space telescope and its follow-on mission, K2, to distinguish false positive planet candidates and to characterize red dwarfs hosting small planets. She will also measure the mass of small planets to further characterize their compositional properties and investigate the link between stellar hosts and planetary properties.

-- Daniel Foreman-Mackey, who will work at the University of Washington in Seattle on "Flexible and Robust Inference of the Exoplanet Population." Foreman-Mackey will use statistical methods to examine the large catalog of exoplanet discoveries, studying their distribution as a function of their physical parameters. He plans to derive a common framework for robust population inference and to apply this method to existing and forthcoming catalogs of exoplanet data.

-- Jonathan Gagne, who will work at the Carnegie Institute for Science in Washington on "Locating the Young, Isolated Planetary-Mass Objects in the Solar Neighborhood." Gagne will use ground-based observations to explore the connection between the atmospheres of brown dwarfs and those of giant exoplanets. This will constrain the initial mass function down to a few times the mass of Jupiter, hence testing the recent prediction that the spatial density of isolated Jupiter-mass objects is twice as large as that of stars.

-- Paul Robertson, who will work at Pennsylvania State University in State College on "Spotting Blue Planets Around Spotted Red Stars: Removing Stellar Activity from Radial Velocities of M Dwarf Stars." Robertson plans to develop a generalized method for disentangling stellar activity from radial velocity (RV) measurements of M stars in near-infrared wavelengths. He will develop a multi-dimensional modeling package that simultaneously models planet signals and activity-RV correlations, rather than separating analyses of the two. This will lead to robust detections of low-mass planets in the habitable zone.

-- Ty Robinson, who will work at the University of California in Santa Cruzon "Bridging the Theory Gap: Developing a Novel Cloud Model for Exoplanets." Robinson is interested in understanding cloud dynamics which are key to characterizing and modeling exoplanets. Clouds strongly influence many exoplanet observations, and Robinson will work toward developing new and efficient cloud models that lead to better interpretation of exoplanet observations.

-- Leslie Rogers, who will work at the University of California in Berkeley on "Searching for Water in Distant Worlds." Rogers will use three approaches, atmospheric transmission spectra, exoplanet radio aurora emissions, and the accumulating statistical ensemble of planet mass-radius, to constrain the bulk water content of distant exoplanets. These data will be used to evaluate planet formation theories for the abundance of Neptune-sized exoplanets.

For more information about the recipients, visit:

For more information about the NASA Exoplanet Science Institute, visit: