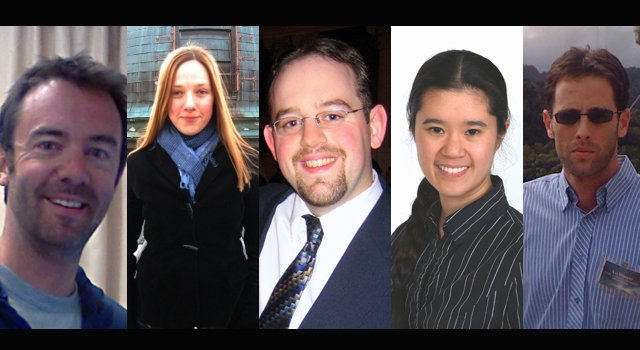 NASA has announced recipients of the 2013 Sagan Exoplanet Fellowships, a program designed to encourage new talent in exoplanet research.

NASA has selected five planet hunters to receive the 2013 Carl Sagan Exoplanet Postdoctoral Fellowships. The fellowship, named for the late astronomer, was created to inspire the next generation of explorers seeking to learn more about planets, and possibly life, around other stars.

The primary goal of the fellowship program is to support outstanding recent postdoctoral scientists in conducting independent research related to the science goals of NASA's Exoplanet Exploration Program.

Significant discoveries have already been made by previous Sagan Fellows. One recent discovery found that the size and location of an asteroid belt may determine whether complex life will evolve on an Earth-like planet .

"In the past decade, astronomers have made incredible progress toward Carl Sagan's goal of understanding the existence of life, and ultimately, of intelligent life throughout the universe," said Charles Beichman, executive director of the NASA Exoplanet Science Institute at the California Institute of Technology in Pasadena. The young scientists named as this year's Sagan Fellows will help to make dramatic new progress toward this goal through their observational, theoretical and instrumental contributions."

-- Jared Males, who will work at the University of Arizona, Tucson, to investigate exoplanetary habitability by perfecting instrumentation to image Jupiter- and Saturn-sized planets in the liquid- water habitable zone of nearby stars.

-- Katja Poppenhaeger, who will work at the Harvard Smithsonian Center for Astrophysics, Cambridge, Mass., to explore how stars and close-in planets influence each other's evolution over time.

-- Jacob Simon, who will work at the Southwest Research Institute, San Antonio, to understand the formation of planets out of gas and dust disks.

-- Jennifer Yee, who will work at the California Institute of Technology, Pasadena, Calif., to measure the frequency of massive planets around low mass stars using microlensing.

-- Avi Shporer, who will work at NASA's Jet Propulsion Laboratory, Pasadena, Calif., to find massive extrasolar planets that do not transit their parent stars.

A full description of the 2013 fellows and their projects, and other information about these programs is available at: http://nexsci.caltech.edu/sagan/2013postdocRecipients.shtml .

More information about the NASA Exoplanet Science Institute is available at: http://nexsci.caltech.edu .

More information about NASA's Astrophysics Division is at: http://science.nasa.gov/astrophysics .