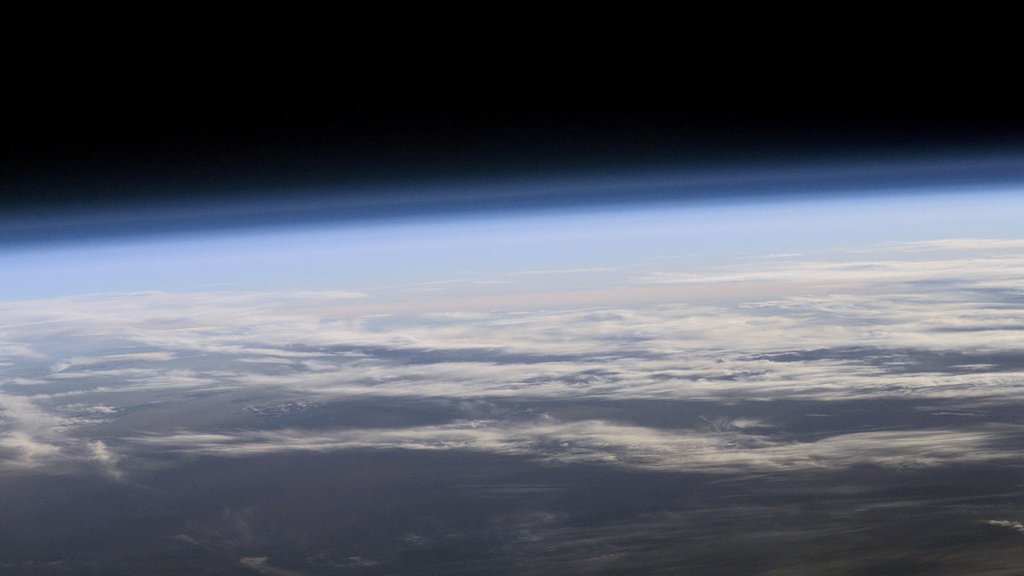 A view of Earth's atmosphere from space.
Credit: NASA

For the first time, direct satellite observations of the ozone hole have shown that ozone-destroying chlorine levels are declining, resulting in less ozone depletion.