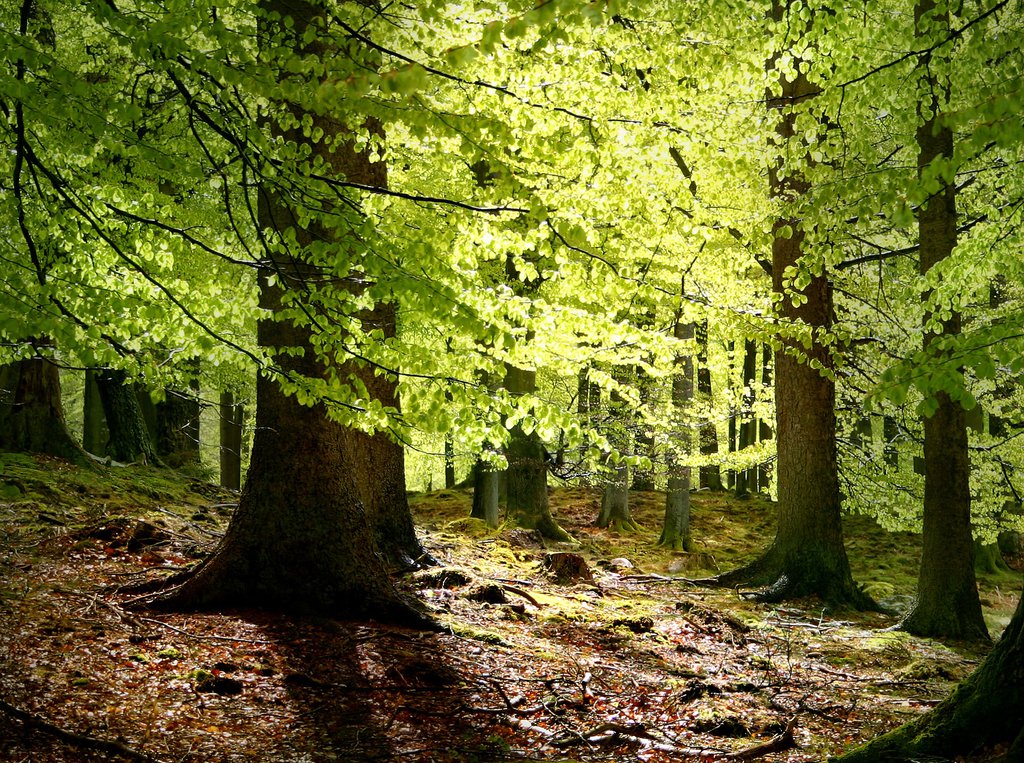 Scientists have created a new method for measuring carbon fluctuations in forests; it is expected to improve the accuracy of global carbon estimates.

Using ground, airborne, and satellite data, a diverse team of international researchers – including NASA scientists – has created a new method to assess how the changes in forests over the past two decades have impacted carbon concentrations in the atmosphere.

In addition to better understanding the overall role of forests in the global carbon cycle, the scientists were also able to distinguish between the contributions of various forest types, confirming that among forests, tropical forests are those responsible for the largest component of global carbon fluctuations – both absorbing more carbon than other forest types, and releasing more carbon into the atmosphere due to deforestation and degradation.

The forest carbon flux map from web application Global Forest Watch, and the accompanying study published in Nature Climate Change on Jan. 21, show these carbon fluctuations from forests in unprecedented detail. This was published just one day after the United States rejoined the Paris Climate Agreement – an international effort to limit global temperature rise which specifically highlights reducing emissions from deforestation and forest degradation.

Through photosynthesis, forests absorb carbon dioxide from the atmosphere to produce oxygen, complementing the collective breathing of other life on Earth that breathes oxygen and expels carbon dioxide. 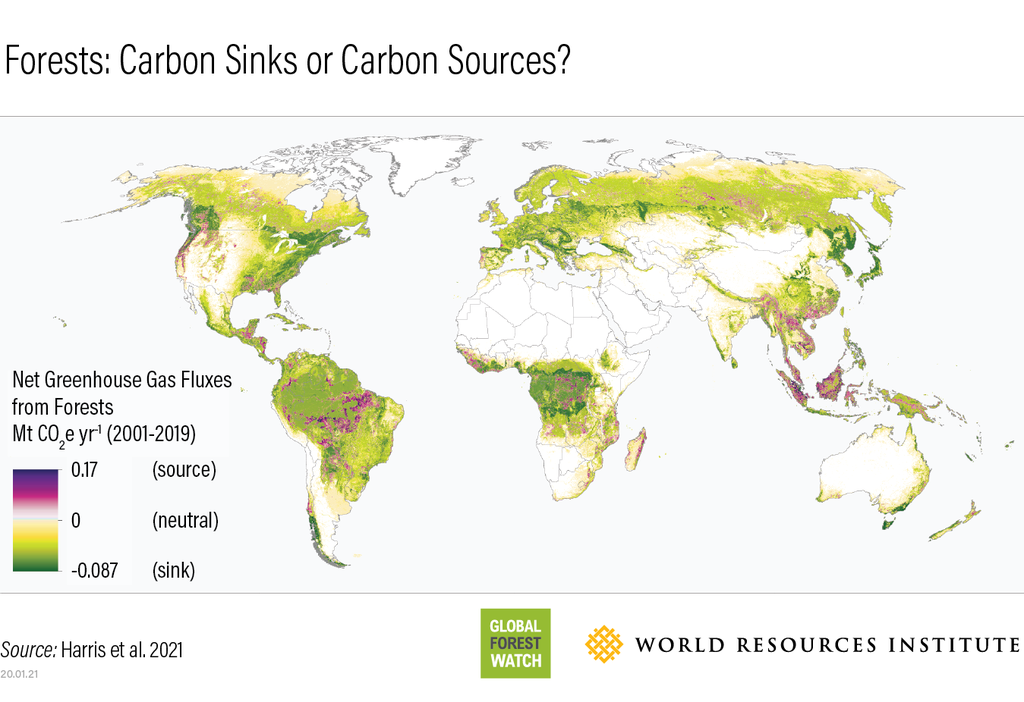 World map showing forested regions that are sources of carbon emissions (purple) and where they are carbon sinks (green).

“Forests act as a two-lane highway in the climate system,” said principal investigator Nancy Harris, who serves as the research director for the World Resources Institute (WRI) Forests Program. “A detailed view of where both sides are occurring – forest emissions and forest removals – adds transparency to monitoring forest-related climate policies.”

This is a change from the current annual reporting of national forestry data, which still varies between countries despite standardized guidelines from the Intergovernmental Panel on Climate Change (IPCC), often determined by the resources available in that region. Such a lack of uniformity in the data means that global carbon estimates can contain a sizeable degree of uncertainty.

“The good thing is that we know there is uncertainty and we can actually quantify it,” says co-author Lola Fatoyinbo, a scientist from NASA Goddard’s Space Flight Center in Greenbelt, Maryland. “All estimates come with an uncertainty around them, which is going to keep getting smaller and smaller as we get better datasets.”

The biomass estimates for the study were based on data from NASA’s Ice, Cloud, and land Elevation Satellite (ICESat), which was primarily designed to track changes in ice sheet coverage but also provides topography and vegetation data.

Going forward, NASA’s Carbon Monitoring Systems Biomass Pilot, which combines satellite and field data to improve estimates of vegetation and carbon stocks, NASA’s ICESat-2, and the Global Ecosystem Dynamics Investigation (GEDI) – a laser-equipped instrument aboard the International Space Station that records the three-dimensional structures of the world’s temperate and tropical forests – are expected to further improve understanding of carbon removal rates across forest landscapes going forward. As part of the GEDI team, Fatoyinbo says they will be making multiple relevant data products such as tree canopy profiles and global maps of aboveground biomass that will be useful for making future carbon estimates.

“This is kind of a major shift in the paradigm of monitoring forests,” says Sassan Saatchi, a scientist at NASA’s Jet Propulsion Laboratory in Southern California and a co-author of the study. “It brought in a new picture of where the big changes are happening, in terms of both the land surface losing carbon to the atmosphere and also absorbing carbon from the atmosphere.”

The new approach also helped identify which forest types have higher uncertainties, highlighting tropical forests, as well as temperate forests in the Northern Hemisphere. “Where the uncertainties are large, that’s where we need to focus and get more data to quantify better,” Saatchi says.

Once new data are available, it is relatively easy to crunch the new numbers.

“The way this was set up is in a cloud computing platform,” says Fatoyinbo. “If there is a new dataset that comes out that is much better than was previously available, you can just go in and swap it. This used to be something that took years to do, and now you could do it in a few hours.”

While the outputs aren’t expected to change significantly, the uncertainties will shrink, providing scientists with a clearer picture of the global carbon cycle and helping to inform policy makers. For example, the study shows that 27% of the world’s net forest carbon sinks are found within protected areas, such as national parks.

Governments looking to reduce their emissions need data that is as accurate and current as possible. Fatoyinbo says that “this is one framework that can really help with that.”