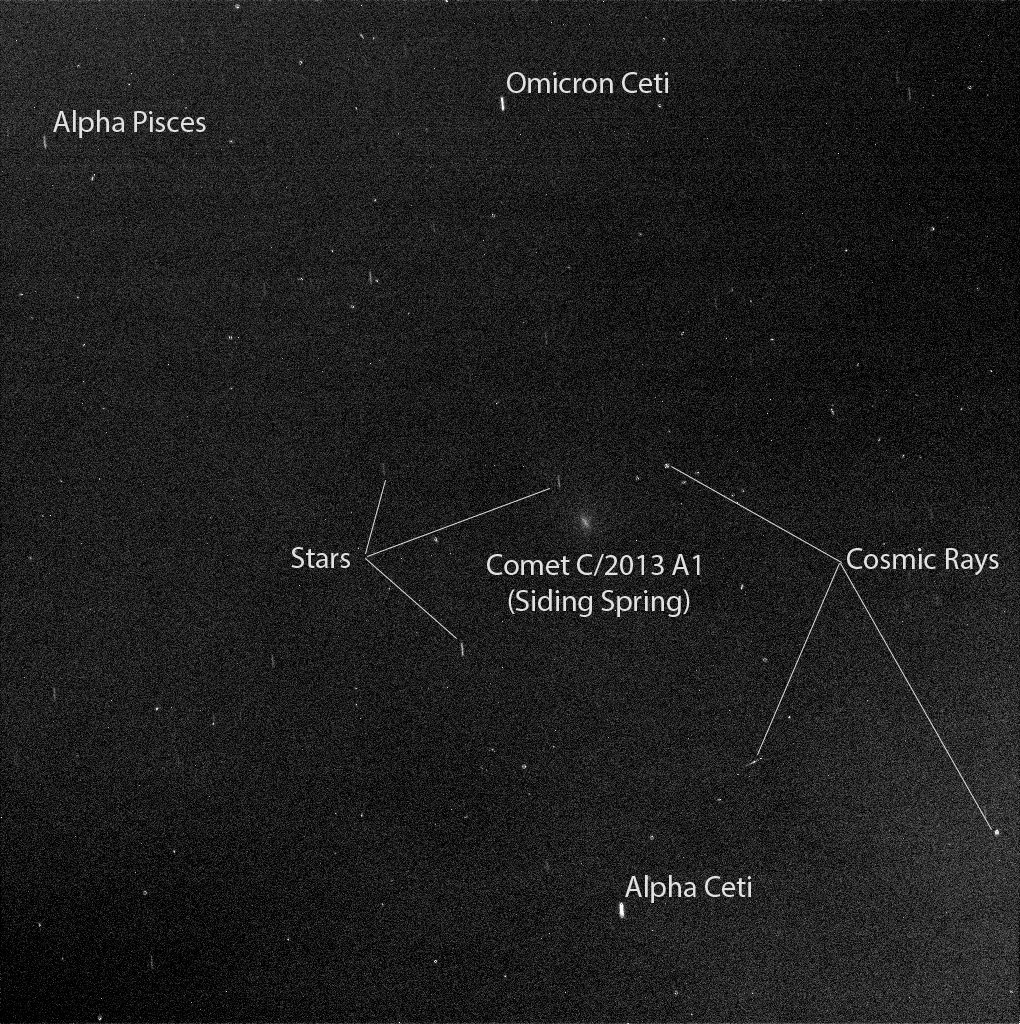 Researchers used the Pancam on NASA's Mars Exploration Rover Opportunity to capture this view of comet C/2013 A1 Siding Spring as it flew near Mars on Oct. 19, 2014.› Full image and caption
Credit: NASA/JPL-Caltech/Cornell Univ./ASU/TAMU 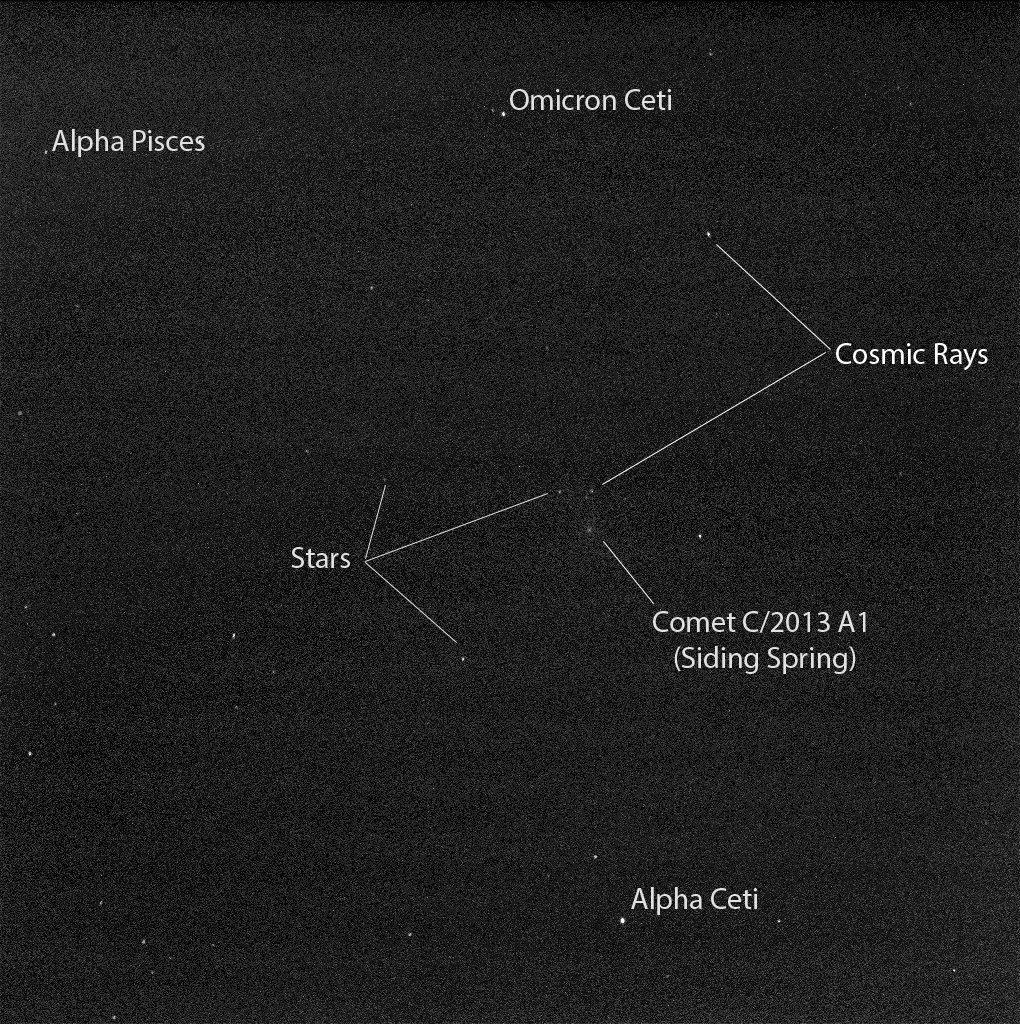 Researchers used the Pancam on NASA's Mars Exploration Rover Opportunity to capture this 10-second-exposure view of comet C/2013 A1 Siding Spring as it flew near Mars on Oct. 19, 2014.› Full image and caption
Credit: NASA/JPL-Caltech/Cornell Univ./ASU/TAMU

This two-image blink shows a comparison of two exposure times in images from the panoramic camera (Pancam) on NASA's Mars Exploration Rover Opportunity showing comet C/2013 A1 Siding Spring as it flew near Mars on Oct. 19, 2014.› Full image and caption
Credit: NASA/JPL-Caltech/Cornell Univ./ASU/TAMU

NASA's Mars Exploration Rover Opportunity caught an image of a celestial visitor -- comet C/2013 A1 Siding Spring -- as the comet approached near to Mars on Oct. 19, 2014.

NASA's Mars Exploration Rover Opportunity captured images of a comet passing much closer to Mars than any previous known comet flyby of Earth or Mars. The images of comet Siding Spring were taken against a backdrop of the pre-dawn Martian sky on Sunday (Oct. 19).

Images of comet A1 Siding Spring from the rover's panoramic camera (Pancam) are online at:

Researchers used Opportunity's Pancam to image at a range of exposure times about two-and-one-half hours before the closest approach of the nucleus of comet Siding Spring to Mars. By the time of closest approach at about 87,000 miles (139,500 kilometers), dawn had lit the sky above Opportunity.

"It's excitingly fortunate that this comet came so close to Mars to give us a chance to study it with the instruments we're using to study Mars," said Opportunity science team member Mark Lemmon of Texas A&M University, who coordinated the camera pointing. "The views from Mars rovers, in particular, give us a human perspective, because they are about as sensitive to light as our eyes would be."

Opportunity has been roving on Mars since January 2004 and has provided evidence about the Red Planet's ancient wet environments.

For more about Opportunity, visit: