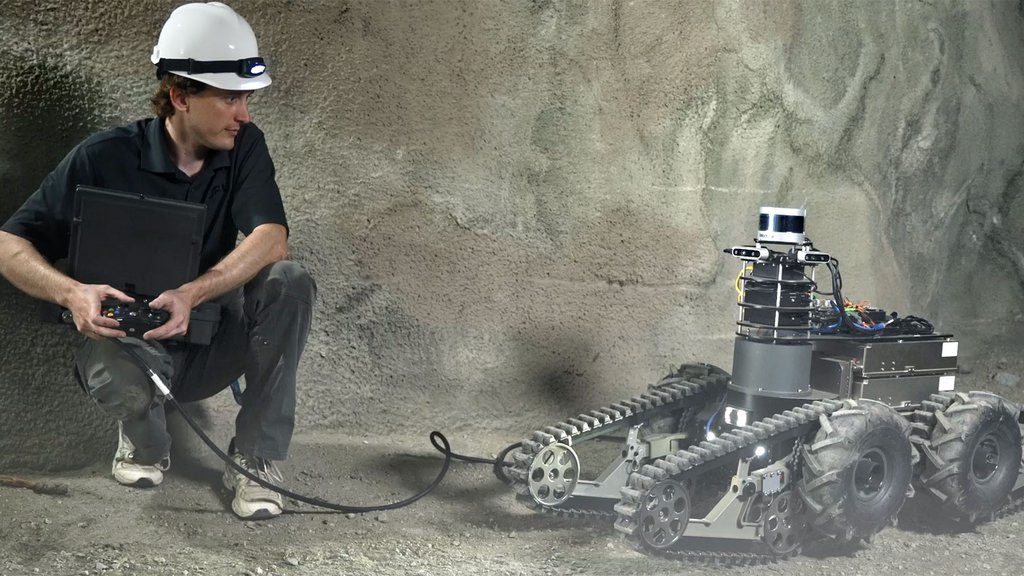 JPL and its university partners are competing in the Defense Advanced Research Projects Agency's Subterranean Challenge in Pittsburgh Aug. 15-22, 2019, with a fleet of robots built to search tunnels, caves and other subterranean environments.
Credit: NASA/JPL-Caltech 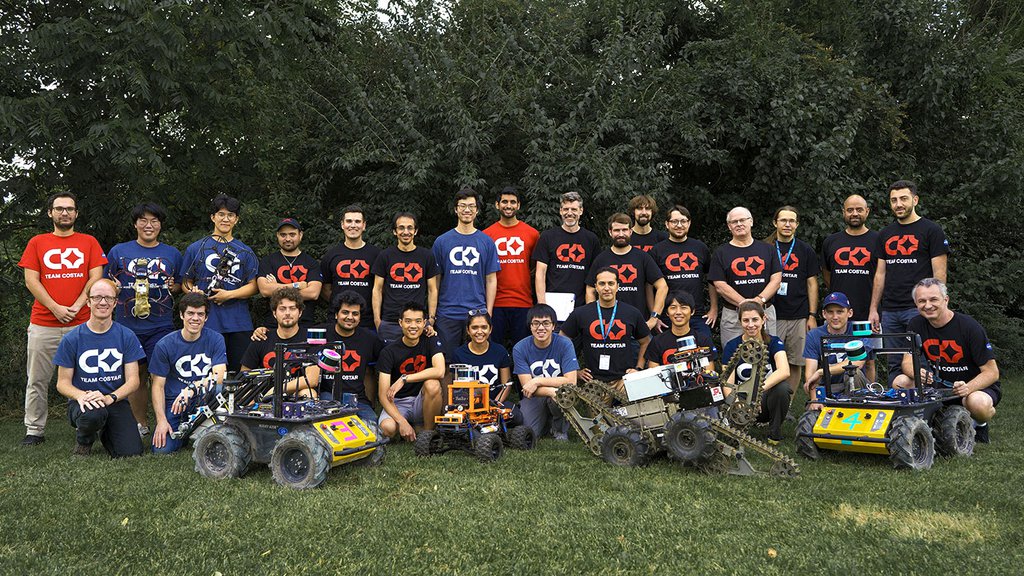 The JPL-led CoSTAR team, seen here before their final run in the Tunnel Circuit of the DARPA Subterranean Challenge, won second place after finding objects hidden in an obstacle course hundreds of feet underground.
Credit: NASA/JPL-Caltech

Whether they fly, roll or do both, these machines could be the future of exploring beneath the surface of other worlds.

Robots from all over the world will compete to find objects in the DARPA Subterranean Challenge Systems Competition, held Aug. 15-22 in mining tunnels under Pittsburgh. Among them will be a team led by NASA's Jet Propulsion Laboratory in Pasadena, California, that features wheeled rovers, drones and climbing robots that can rise on pinball-flipper-shaped treads to scale obstacles.

Held by the Defense Advanced Research Projects Agency (DARPA), the competition is intended to develop technology for first responders and the military to map, navigate and search underground. But technology developed for the competition will also lay the foundation for future NASA missions to caves and lava tubes on other planets.

Robots to the rescue? A sneak peek at a new generation of robots that can autonomously explore caves, pits, tunnels and other subsurface terrain. For more info on these robots and Team CoSTAR, visit https://subt.jpl.nasa.gov/. Credit: NASA/JPL-Caltech

"By investing in this competition, we are investing in our future," said Leon Alkalai, manager of the JPL Office of Strategic Planning. "There's no doubt that the next grand challenge for JPL and for NASA is to do more subsurface exploration."

JPL has partnered with Caltech, MIT and KAIST (formerly the Korea Advanced Institute of Science and Technology) to form the Collaborative SubTerranean Autonomous Resilient Robots Systems team (CoSTAR). CoSTAR is one of 11 teams that will compete in formerly operational mines managed by the National Institute for Occupational Safety and Health Mining Program.

Because of the complexity of the terrain in the mining tunnels, the 60-member CoSTAR team has chosen to use several specialized robots instead of one. The fleet will work together to map the underground passages, navigate using artificial intelligence and locate objects like cellphones or heated mannequins hidden within the course.

No humans are allowed in the tunnels; the team that uses its robots to autonomously map the most objects to within 5 meters (about 16 feet) of their location will win the Tunnel Circuit, the first of four stages. This will be followed by the Urban Circuit in February 2020, the Cave Circuit in August 2020 and the Systems Final in August 2021. Teams competing in that final event have the opportunity to win up to $2 million in funding, according to DARPA.

In the Tunnel Circuit, wheeled rovers and tanklike tracked robots will cover the ground, while flying drones will find out-of-reach objects. CoSTAR's Drivocopter can do both, driving over difficult terrain and flying along cave walls and through ceiling openings. However, it won't be used to identify and map items until the Urban Circuit.

JPL teams have participated in previous DARPA competitions, most recently with Robosimian, a disaster-relief robot that is now being adapted to explore icy moons. The ape-like robot took fifth place in the 2015 DARPA challenge, which tested contestants on the ability to drive a vehicle, open a door and drill through drywall. But winning the DARPA challenge is not JPL's main goal.

"The big question for NASA is: Is there life beyond Earth? One of the main places to find answers to that question is subsurface environments because they are some of the most pristine locations, shielded from ultraviolet radiation and cosmic rays," said Ali Agha, the principal investigator of CoSTAR's team. "If there is life in the solar system, these are the most likely places to harbor it."